Love and other Demons - The Witching Pen Blog Tour

If you have not yet read The Witching Pen series, these posts may contain mild spoilers, as we are now on the last book!

See here for all blog tour dates and posts: http://www.thewitchingpen.co.uk/1/post/2013/08/not-long-to-go-now.html

With The Last Dragon released on 4th October, we’re having a little recap at everything that’s happened in this paranormal fantasy romance series so far. In the last few posts, we met / remembered Elena, Karl and Amy. Now, we’re taking a look at , the dark, muscle-bound, time travelling, shape-shifting, loin-cloth wearing demon who finally captures Amy’s heart.

Complete with a wicked sense of humour, he liked to rile up his favourite witch (Amy) because he loved her fiery temper, but he also had a lot of learning to do, and a lot of healing within, from the baggage that his demon tribe have always placed upon his shoulders.

In The Last Dragon, he gets the chance to do just that, but will he take it? 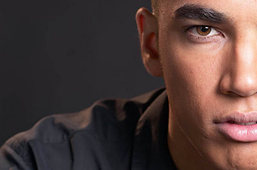 The hardest decision he’s ever had to make: He’s just about to make it…

Favourite Quote: Play the game for more than you can afford to lose... only then will you learn the game. (Winston Churchill)

Book one of the series, The Witching Pen, is currently FREE to download across most retailers! See here for download links: http://www.diannahardy.com/the-witching-pen.html 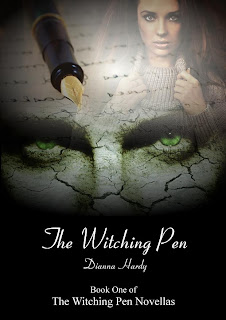 BLURB
It's hard being the most powerful witch on the planet. It's even harder when you're a twenty-five year old virgin who'll lose all of that power the moment you sleep with someone ... that's why Elena's never slept with her best friend and flatmate, Karl, despite the true feelings they harbour for each other.

The entire series can be viewed here: http://www.diannahardy.com/the-witching-pen-novellas.html and mark 4th October on your calendar to know how it all ends with The Last Dragon.

Author of The Witching Pen and the international bestselling Eye Of The Storm series.
Dianna combines a titillating mix of paranormal romance and urban fantasy into her writing to bring you stories that are action-packed, fast-paced and not short of heat, with the focus on both character development and the plot. She writes both full-length novels and short fiction. All further info can be found at diannahardy.com

GIVEAWAY!  Dianna is giving 3 lucky commenters on the tour swag packs!!!  All you have to do is comment below!!  Good Luck!!

WHAT THE??? How have I not heard of this series before???
Oh man, I'm buying these books!!!

This sounds like an awesome read. I'm looking forward to reading it. Thanks :-)

If I had a power I would want time manipulation. Very cool.

This series is AMAZING!!! October 4th can't get here soon enough! Thanks for the giveaway

LOVE the blurb! Definitely adding to my TBR list!