Giveaway and Cover Reveal: The Spell of Summer by Dianna Hardy

Once times thrice, I bind thine heart
to mine, to hold, to never part.

Scribbled words on parchment found under her mother's bed - they couldn't possibly mean anything, even if her mum is a white witch. But to fifteen-year-old wild child, Meredith Goodwill, they meant the world when she uttered them to Jamie, the fun-loving boy who stole her heart that last summer she spent in Cornwall.

Thirteen years later and now a straight-laced accountant in London, the words have been forgotten; the summer a faded memory ... until Meredith stands at the altar on her wedding day, looks the man she's about to give her heart to in the eye, and calls him Jamie.

Her wedding is in tatters. To appease her hurt fiancé, and at her mother's insistence, Meredith's new focus is to track Jamie down and reverse whatever she unwittingly did when she spoke those words from her mother's spell. But how will she convince him to believe in 'magic' so he can help her undo it?

That's the least of her worries, because Jamie hasn't forgotten her, and the cheeky, brown-eyed boy with the messy locks is now the ballsy, smoky-eyed man with the tousled, bed-me hair.

It's summer all over again ... and the spell is far from finished. 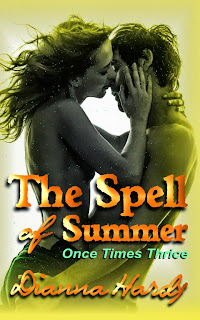 More detailed information on this summer release can be viewed at the author's website:
http://www.diannahardy.com/the-spell-of-summer.html

And now the fun part!

Answer this question in the comments below to be entered to win a $10 or £10 Amazon gift voucher:

Having read the blurb above, what are the first three words that come to mind?

TERMS: Entrants should be over 18 years of age. The participating blogs in this contest are listed on the author's website. One winner will be picked from all comments across all participating blogs. Contest ends on 16th November. Don't forget to leave your email address in the comments or no one will be able to contact you if you win! 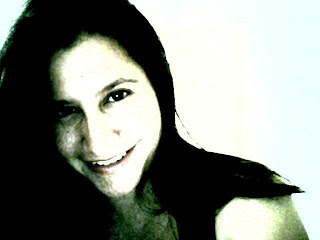 Dianna Hardy: Author of The Witching Pen and the international bestselling Eye Of The Storm series. Dianna combines a titillating mix of paranormal romance and urban fantasy into her writing to bring you stories that are action-packed, fast-paced and not short of heat, with the focus on both character development and the plot. The Spell of Summer will be a slightly lighter read than her current works. She writes both full-length novels and short fiction. All further info can be found at diannahardy.com

Intriguing, mysterious and sexy
Love the blurb. Definitely going on my to read list.

Spell, witch, love.
Thanks for the chance to win!
natasha_donohoo_8 at hotmail dot com

I forgot my name and add
falice.sidoma@yahoo.com Felicia Sidoma
OMG: at the alter: CALL'S HIM JAMIE