Giveaway and Spotlight on : Pendragon Gargoyles 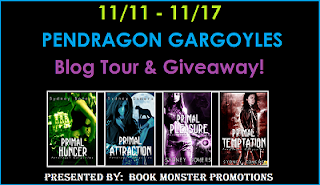 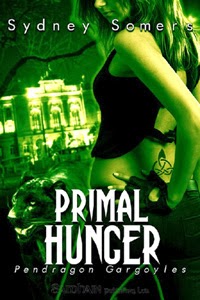 Pendragon Gargoyles Book 1
When the sun goes down, passion is unleashed.
Kennedy Beaumont loves her bartending job, even if her spirited nature sometimes gets her in trouble. Like threatening to hose down one of Pendragon’s co-owners. When it comes to Tristan, she could use a good hosing down herself—maybe it’ll help her stop casting him as the star of her wickedest dreams. Since he goes out of his way to avoid her, it ought to be easy to put him out of her head—until he reluctantly offers her a ride home.

Gargoyle shape-shifter Tristan Callaghan hasn’t had time for anything other than recovering the mystical dagger that was used to permanently lock his brother in a prison of stone. The cat inside him should have stopped craving Kennedy’s touch long ago, but now that she’s sitting next to him in his car, his very human need for her is sharper than ever.

The distraction is costly. In a split second, Kennedy finds herself thrust into a dangerous, millennia-old hunt for Excalibur. A hunt that marks her for death—and leaves Tristan with a painful choice—sacrifice his family, his quest…or the one woman meant to be his. 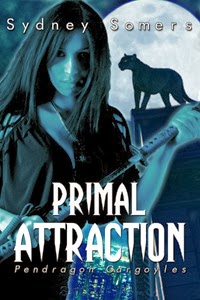 .
He’ll stop at nothing to claim her…If she doesn’t kill him first.
A lethal huntress, Sorcha lives to track and eliminate rogue immortals—until her latest assignment turns out to be a sexy, gargoyle shape-shifter. From the start she’s shaken by the lust his touch awakens inside her. Not only that, but the cat is convinced she’s his mate, and for the first time, she’s unable to kill her target.

Still mourning the loss of his mate, Cale is stunned to find Sorcha alive. Yet the woman he aches to possess doesn’t recognize him and is after the only thing that will save his brother—a mystical weapon that will lead to Excalibur.

Determined to protect his family and reclaim his mate, Cale ruthlessly takes advantage of Sorcha’s one weakness—her desire for him. Desire that could unlock their past…or cause him to lose her all over again. 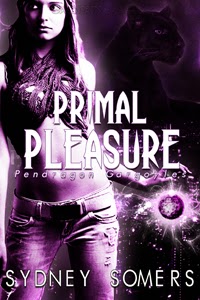 _
He will have his revenge…one wicked seduction at a time.
Emma is used to getting dragged into her twin sister’s magical messes, but this time her predicament is more than a minor annoyance. She’s chained to a cat shifter that her sister encased in a curse of stone. Worse, the unfortunate gargoyle’s waking up. And her sister’s not there to take the heat.

After a century suspended in stone, Cian would do anything to get his hands on the sorceress who put him there. Strangely, his dreams of revenge turn into an animal hunger to put his hands all over her—in every delightfully wicked way imaginable.

Never as talented as her sister, Emma doesn’t trust her own magic. But for now she must let Cian believe she’s the culprit in order to strike a bargain: to permanently lift the curse in exchange for his tracking skills to find her missing sister. The longer she is near him, though, the closer she comes to surrendering much more than her body to the brutal warrior.

As their attraction catches fire, Emma dreads what could happen when he learns the truth. If he will sacrifice her to break the spell…or fight for a love that goes beyond animal instinct. 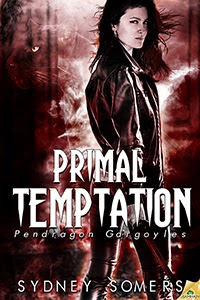 Condemned to darkness…tempted by passion.
Enslaved by a vengeful goddess, forced to live on blood, Lucan can barely remember life as a knight of the Round Table. Yet when one woman’s touch awakens millennium-old feelings that tame the savage darkness within him, he has no choice but to deny their all-consuming passion—for her own protection.

Cat-shifter Briana Callaghan has watched all three of her brothers find their mates, but love isn’t in her future. Especially when her mate turns out to be a lethal mercenary…and the only man ever to break her heart.
When she’s chosen to compete in the Gauntlet, an immortal death match, Briana realizes the prize—the sword Excalibur—is her only hope of severing the fierce bond that has the power to destroy her.

Stunned to find themselves pitted against each other, Briana and Lucan quickly find that the only thing they’re fighting harder than their enemies is their sizzling, heartbreaking chemistry. But even if they survive the Gauntlet, claiming the woman he loves will be as impossible as letting her go. 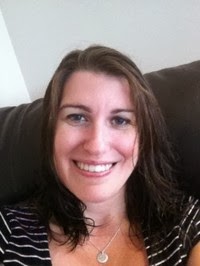 A born and raised Maritimer, Sydney Somers fell in love with writing when she finished her first story, Jenny and the Glowing Green Mittens. After attempting her first book in high school, she set writing aside to focus on school. While getting her degrees in psychology and education, Sydney tried her hand at journalism between part time jobs before finally returning to her love of writing.

Twenty-five novels and novellas later, Sydney is thrilled to spend her days slaying demons, running with shape-shifter packs and making the people in her head fall wildly in love. When she’s not writing or curled up with a good book, Sydney can be found chasing after her herd of kids, talking her way into a gourmet meal, exterminating rogue dust bunnies or joking about the pending zombie apocalypse. She loves hearing from readers and invites them to contact her anytime.

11/11 - For the Love of Bookends (Series Spotlight)
http://loveofbookends.blogspot.com/

11/11 - Penny For Them...  (series spotlight)
http://www.pennyforthemuk.com/search/label/Tour

TOUR GIVEAWAY: Sydney is giving away a $25.00 gift card to Amazon or B&N at the end of the tour RAFFLECOPTER HTML CODE: a Rafflecopter giveaway

Another great giveaway and an author I haven't heard of. My notebook I use to write authors that interest me that I haven't heard of is almost filled with names.
All these books sound really good. Of course so does that Amazon gift cards. I know if it weren't for Christmas and if I weren't worried about getting my daughter thst laptop from Amazon, I would love to win books. I wouldn't mind winning the Amazon cards for my myself to grt myself some books.
I'm doing this for my 15yr old daughter who writes poetry. As soon as she can get her laptop she can use for school but she can type her poetry up thst has a copyright on it and send it to an author that told her she'd format it and put it on Amazon for her.
Thans to the authors and this amazing blog that contributes in these giveaways. I have much respect to bloggers.
Angela

Thank you for another new to me author. If I win the first thing I'll so is buy this series. It sounds great!

I am looking forward to reading this series. I have not read any books with gargoyles as the main male lead so I am very interested in trying it. Thanks for the giveaway and great post!

Wow...what a unique storyline! Can't wait to get started reading these books!!

I am a big fan of this series! I hope we get more stories from this world.

New author to me but I love the blurbs for the series. Definitely adding to my to read list. Gargoyles sound so intriguing and I haven't read any books about them.

congrats to Sydney on the new release! This series sounds awesome :) Thanks for sharing!

What a fascinating series! Gargoyles are a new paranormal for me. They sound intriguing. Have added this series to my TBR list. Thanks for sharing.

I will be adding this series to my tbr stack. This is a new author for me and this series sounds awesome. Thanks

never read about gargoyle before..
thx u for the chance of win ;)

Gargoyle are a book you seldom see written about but I have seen movies about them. Sounds good to me

LOVING these covers & look forward to catching up.

Thanks for the lovely giveaway !!

Thank you so much for the post and giveaway! I love books about gargoyles, so I'll have to check these out.