It’s a fact of life that I don’t really know what Regency gentlemen were like—how they thought or how they acted. Some parts of their lives might seem pretty awful to us today (remember it was the Prince Regent who introduced the idea of daily bathing!!! Not to mention solid perfume, which was probably an absolute necessity for those who didn’t follow the Prince’s personal hygiene habits!) Their misogynistic attitudes would have earned them a kick in the clangers from today’s woman, and it would have been well-deserved.

So how do I write a true-to-the-time-period character and yet make him likeable to today’s readers? It’s a challenge!! Enter Colin Firth. Somehow, in Pride and Prejudice (the 1995 BBC production, of course), he offered the best of both worlds. He was Darcy, but in a way that we could all relate to. (Yes – raises hand – I want to relate. Pleeeease!) He was stand-offish in an attractive way, high-handed and arrogant, but we understood his situation and his background, not to mention his growing affections toward Lizzy. He was just right.  So I try, with every Regency gentleman who enters my stories, to find something a little Darcy-ish and make sure I do him justice. Perhaps they’re a little too full of themselves, or perhaps they’re keeping their emotions locked down tight. Whatever they are, you can rely on the heroine to bring out the best in them.

Yes, Colin Firth ruined me for other men…but only those between the pages of my Risqué Regencies. As for ruining the rest of the men in my life? Well, I totally blame that on Tom Hiddleston. LOL

I hope those of you attending AAD Savannah Serendipity (www.authorsafterdark.org) this August will say hello – and come visit my “Regency” table at the Book Signing on Saturday. I’m also hosting a table at the Fantasy Ball, and yes, there’s a historical theme there too — a salute to Downton Abbey. A few generations after Mr. Darcy!!!  There might even be a special cocktail for Regency fans – but I don’t have all the scoop on that yet! So my fingers are crossed that I’ll see some of you there, and until then….
Happy Reading,
Sahara Kelly 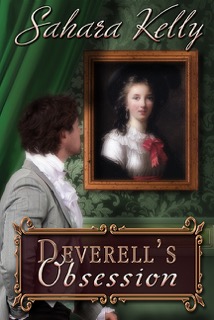