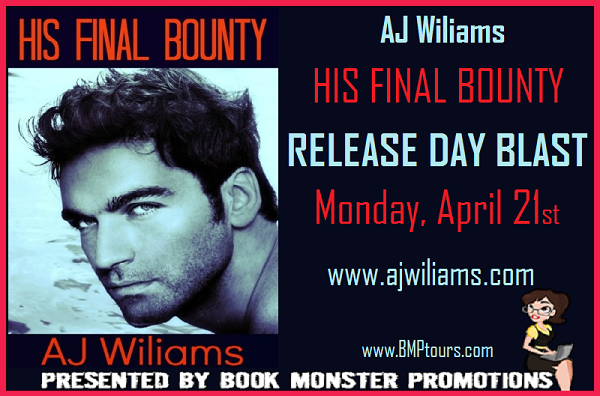 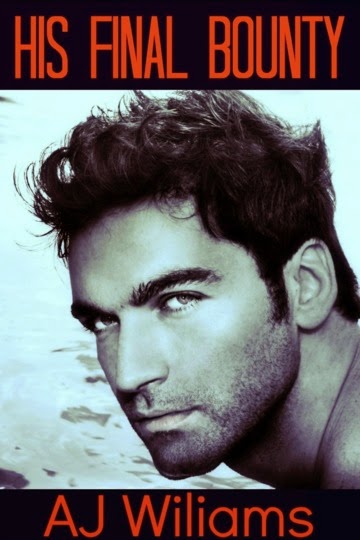 Eva Rosenberg hacks a secret file of Jefferson's and discovers the man who shattered her heart and her world has one giant secret.

With a confrontation looming with Eva and a possible death threat, they must work as a team to find forgiveness and defeat the enemy that waits in the shadows.

Come join author A.J. Wiliams to celebrate the release of HIS FINAL BOUNTY.  There will be Guest Authors, Trivia Games, a Q&A with AJ and LOTS of prizes to giveaway! 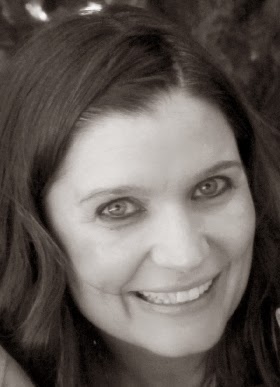 
AJ grew up in a small southern town in Missouri. It was there that she discovered her love of writing. Having the ability to create a story from nothing into something held her spellbound. She holds a bachelors degree, and will on occasion find it useful. Currently, AJ lives in Kansas City, Missouri, with her husband, their two small children and two dogs.

AJ loves learning about new things, playing games with her family, and listening to music. She loves romantic movies as well as science fiction. If truth be told, she loves fantasy and science fiction movies just a little bit more.

At given time she can be found reading to her kids, instilling in them the importance of a good story. Yet do not worry—she is also found by her kids and husband at the computer at any given time typing away.

RUNNERS UP:  3 runner's up will receive an eBook of choice from the Bounty for Hire Series