One Wicked Bundle for an Amazing price!!! Defenders: A Wicked Mixology

Hello my Lovely Naughties!!  I just had to post about this deal because...welllll....if you read my blog, you KNOW I have been raving about Sharon Kay!!!  She is a must read for paranormal lovers and look what was just released: 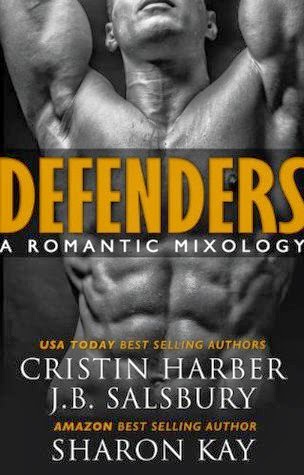 After putting her life on the line to protect classified intelligence, military psychologist Mia Kensington is on a cross-country road trip from hell with an intrusive save-the-day hero. Uninterested in his white knight act, she'd rather take her chances without the ruggedly handsome, cold-blooded operative who boasts an alpha complex and too many guns.

Colby Winters, an elite member of The Titan Group, has a single objective on his black ops mission: recover a document important to national security. It was supposed to be an easy in-and-out operation. But now, by any means necessary becomes a survival mantra when he faces off with a stunning woman he can't leave behind.

When Titan's safe houses are compromised, Colby stashes Mia at his home, exposing his secret--he's the adoptive father of an orphaned baby girl. Too soon, danger arrives and Mia lands in the hands of a sadistic cartel king with a taste for torture. As hours bleed into fear-drenched days, Colby races across the globe and through a firestorm of bullets to save the woman he can't live without.

What happens when in order to win, you’re forced to lose?

The only daughter of an infamous Las Vegas pimp, Raven Morretti grew up an outsider. Liberated from the neglectful home of her prostitute mother, she finds solace as a mechanic. With few friends, she’s content with the simple life. Flying under the radar is all she knows and more than she expects.

Until she catches the eye of local celebrity, UFL playboy, Jonah Slade.

Weeks away from his title fight, Jonah is determined to stay focused on everything he’s trained so hard to achieve. Undefeated in the octagon, he’s at the height of his career. But resisting Raven’s effortless allure and uncomplicated nature is a fight he can’t win.

Jonah trades in his bad-boy reputation and puts his heart on the line. But when her father contacts her, setting in motion the ugly truth of her destiny, Jonah must choose. In a high-stakes gamble where love and freedom hang in the balance, a war is waged where the price of losing is a fate worse than death.

Will the hotheaded Jonah be able to restrain his inner fighter to save the woman he loves?

Or will Raven be forced into a life she’s been desperate to avoid?

Born with the ability to command the wind, Nicole Bonham dispenses her own brand of vigilante justice in Chicago’s worst neighborhoods. Stealth and surprise are always on her side.

Lash demon Gunnar prowls Earth and several supernatural realms to help maintain peace among the immortal species. His chance encounter with Nicole creates a hurricane of sparks between them, and he won’t rest until she is his.

They race to solve a series of supernatural attacks in the city. Nicole’s true identity brings the attention of the crazed demon behind them, even as her passion for Gunnar binds them together, body and soul.

Nicole has become the one thing Gunnar can’t live without. Yet facing their worst enemy may destroy her. Gunnar must put aside past tragedy and trust that through her ability and their bond, she has brought myth to life.

Pick up this ebook box set of three HOT novels for 99 cents – available for two weeks only!