Love Charms and Fated Mates are released! These are going to be HUGE, including stories by New York Times and USA Today Bestsellers. They're both only $1!

We think you absolutely need to get them both while you can at this amazing price. Escape this dreary winter, if you're in North America or Europe, with sizzling hot romance!

Here's the descriptions for both of the books: 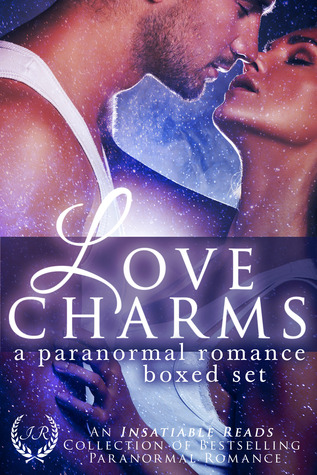 10 scorching paranormal romances for ONLY 99 cents! LIMITED TIME ONLY! (REGULAR PRICE: $9.99)Escape into the world of paranormal romance, a magical journey featuring delicious demons, wanton witches, zealous zombies and more that promise you a hauntingly good time! Featuring spell-binding novels from popular New York Times, USA Today, Amazon, and Barnes and Noble bestselling authors, including Ava Catori, Selena Kitt, Cerys du Lys, Deanna Roy and more, these enchanting books will be sure to charm, beguile and bewitch you! Blinded by Magic, A Witch Romance by Ava Catori
: Raven's weakness is mortal men. She's fallen hard for Derek. There's just one problem, he doesn't know she's a witch. Can he accept her truth or will their relationship crumble? Blind Date by Selena Kitt: Selena Kitt's Blind Date ventures into the strange and surreal realm of magical realism in a hot Valentine's Day romance that takes on the classic Greek myth of Eros and Psyche. Breathless by Cerys du Lys: Sadie and Evan live in different worlds. Brought together by fate, and held there by hope, can they bridge the gap dividing humanity, or will long held fears and prejudice force them apart forever? The Passion Cure by Deanna Roy: Jet is a Nix, an outcast enchantress with zero power. To conjure a love spell to save her family, she seduces a handsome enchanter who is willing to break the rules, and possibly, her heart. Marked by Charisma M. Cole: Jade Murray is a witch that can communicate with the dead. After a summoning goes awry, two murders rock the human and supernatural world. One thing connects the gruesome acts: Jade. The Warlord's Concubine by J.E. & M. Keep: As a servant to the princess for much of her life, Mirella sees the conquest of the land as an opportunity to elevate herself. A Demon and His Witch by Eve Langlais: Remy's seen a lot during his tenure in Lucifer's guard, but nothing can prepare him for the witch with the acerbic tongue--and voluptuous figure. Can he convince her to love him and not kill him? Psychic Appeal by Michelle McCleod: Psychic Sofia Parker has fallen in love, a problem because her new relationship drives the lovesick ghost of her ex-boyfriend to come back from the dead...anyway he can. Memoir of a Reluctant Shaman by Ty Nolan: When his love spell goes wrong, our hero is exiled to be fully initiated as a Shaman in this spicy tale of New Orleans Voodoo and Native American magic. Vampire Lords of Blacknall: Trinity by Shirl Anders: Only a creature of the night can save her. Lady Beth Winslow never stays home at night. She fears her stepbrother. Then a monster stalks her in the dark woods and she cannot tell beast from savior.
Buy it now. 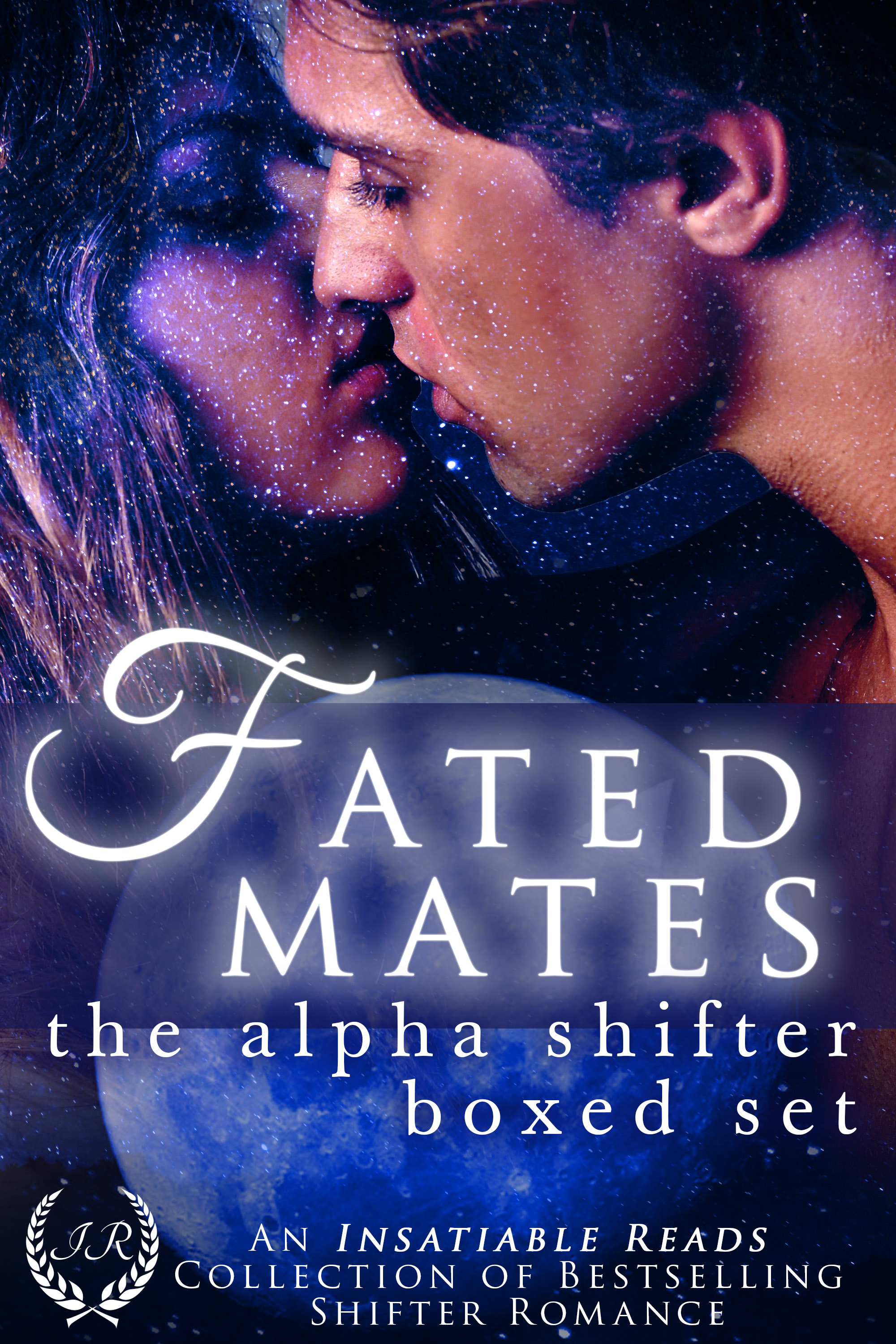 12 scorching shifter romances for ONLY 99 cents! LIMITED TIME ONLY! (REGULAR PRICE: $9.99)
If you like your men dark, dangerous and alpha, this exclusive shifter romance boxed set is for you. Featuring hot stories from popular New York Times, USA Today, Amazon, and Barnes and Noble bestselling authors, including Adriana Hunter, Liliana Rhodes, Lynn Red, A.T Mitchell and more, these steamy books and alpha shifters will be sure to whet your appetite and leave you longing for more.
All American Wolf by Adriana Hunter: If Serena's not careful she may lose her heart to Brody Sullivan - the dangerously possessive stranger who is willing to break every one of her rules.
Charming the Alpha by Liliana Rhodes: Hannah Crane's ordinary life changes after she meets Alpha wolf Caleb. As the center of a centuries old curse, is Hannah a wolf charmer or Caleb's fated mate?
Change For Me by Lynn Red: Motorcycle riding, tattooed bad boy alpha werewolf fights to save his mate from his terrifying rival. Steamy, seductive, sensual werewolf romance.
Bear King's Curves: A BBW Werebear Shifter Romance by A.T. Mitchell: Curvy Lyla's bad attitude toward bears is about to change. Destiny blind Nick is the Alpha to do it, no matter how much passion, mystery, and danger it means...
Delicate Freakin Flower by Eve Langlais: Can a pair of hunky shapeshifting jocks convince a not-so delicate freakn’ flower that they can handle her thorns—and her passion?
The Alpha's Mate by Michelle Fox: Chloe Weiss has finally met the mate of her dreams, but jealousy in the pack and a murderer on the loose make for a dangerous 'happily ever after.'
Romancing the Wolf (BBW/Werewolf Romance) by Skye Eagleday: The romantic adventures of two curvy sisters and one hot pack: Can the werewolves survive Bree and her sassy sister?
Protecting the Pack by Tabitha Conall: In a world where werewolves mate in threes, the mating lust pulls one triad together while overwhelming obstacles pull them apart, possibly forever.
Witchy Wolf by Alexis Dare: A brutal attack alters Chloe’s life. As her world crumbles, biker Gabe steps in to pick up the pieces. Can he save her from the danger lurking in the shadows?
A Change To Bear (Last of the Shapeshifters) by A.E. Grace: Liam, shapeshifter, is on the run. Hunted by a man who will hurt anyone he cares for, it's why he can't fall in love. Until he meets a curvy Terry Spencer...
Curves for the Lone Alpha by Molly Prince: When Carrie is dumped before a weekend away, her decision to go alone puts her on a collision course with James. A packless alpha who hunts rogue shifters.
The Alpha Claims A Mate by Georgette St. Clair: Curvy Ginger Colby accidentally insulted the Alpha of the local pack when she rejected him at the local honky tonk-and now he's seeking delicious, sexy revenge.
Buy it now.

Thanks for sharing this, Nikki! It's such an honour to be in one of the collections with so many other amazing authors.

Thanks, Nikki! So awesome of you to post this :)

Ty Nolan here-for some reason the site isn't taking my Facebook account. But I love your idea that folks should buy both of these collections--thanks, Nikki!