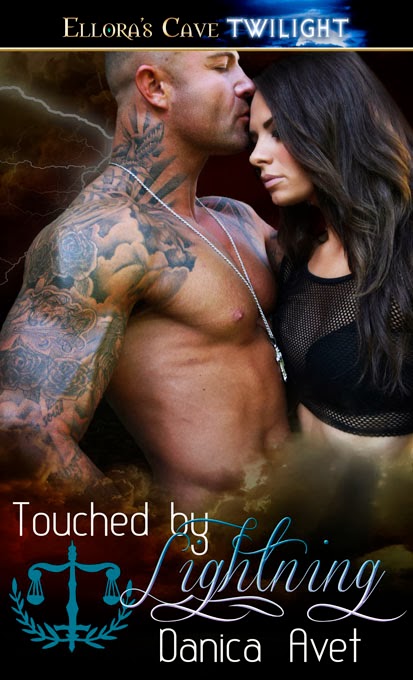 Book one in the Love’s Defenders series.

When empath Gyda St. Germaine is rescued from a sex-trafficking ring, she vows vengeance on her tormentors. Aided by two distinct personalities who bolster her powers, she becomes a vigilante, hungry for revenge. Her path of retribution tosses her into the arms of an Order of Themis Siphon and her world is turned upside down. Fighting her past takes a backseat to her all-consuming desire for the man whose honor and sense of justice go against everything she believes.

The moment electricity manipulator Brit Harper stumbled across a feral woman with a bloody knife, his life changed. Black and white becomes gray as the scales of justice tip. Fascinated by her strength and the darkness in her eyes, he vows to teach her the true meaning of justice and help her explore the passion sizzling between them. But when the evil haunting Gyda’s dreams returns in the flesh, he’ll have to choose between his beliefs and the woman he loves.

Being a big fan of Danica Avet's work I was really taken aback by the amount of darkness in this book.  It's quite shocking.  The part that I appreciate the most is the fact she doesn't detail out the horridness of  Gyda's past to an extreme you just don't want to ever read it again.  I've read several books where I almost couldn't finish because the abuse scenes are just too graphic.  She does an excellent job at letting you know just how bad Gyda's past was without giving you nightmares.  Your still left with several emotions you have to tackle because even the brushes and memories that are relived are gruesome.  As far as damaged goes, Gyda is one completely broken down soul, so broken in fact that her personality actually split into 3 parts so she can help deal with the pain and the memories.  What emerges from the wreckage of her past is an amazing and effective revenge machine.

Brit is without a doubt the perfect counter-mate to Gyda.  He is everything she needs to heal and he works his ass off getting there.  It also helps that his electric personality sets off sparks whenever they are together....quite literally.

I loved this book for many reasons.  It was an amazing set-up and introduction to a new world.  The author did an amazing with the details and setting up some seriously bad-ass villains for the future books.  She also gave a depth to an abnormal that's been abused and transformed her into something new.  The sci-fi geek is jumping up and down while the reader is still emotionally trying to keep up with the roller coaster ride involved in this book. Even though the sexual abuse isn't graphically detailed?  It's still a big part of the story and if your imagination is as good as mine...well it will make your heart bleed.  Wrenching emotions like that out of you is why this such a good book. I'm really looking forward to the rest of the series.