Dreams Do Come True (Through His Lens Book 1)

Sandi and Kiera are best friends and live together in Sandi's apartment. Sandi is a successful model and her photographer is in need of more models. She's had strong feelings for Kiera ever since they moved in together, but she's kept those feelings to herself. She'd like nothing better than to help Kiera realize she'd be better off with a female who loved her. A second job as a model would allow her to save more money and realize how beautiful she is. Sandi's relationships with men were ruined long before she even hit her teens and the men in Kiera's life only keep her around when they need to abuse someone. Kiera has tried to make her relationships work, yet unsure of why they don't. Can they become closer if they shared even more? Read the beginning of the story and see what you think. This is part of book one in my new series, Through His Lens. 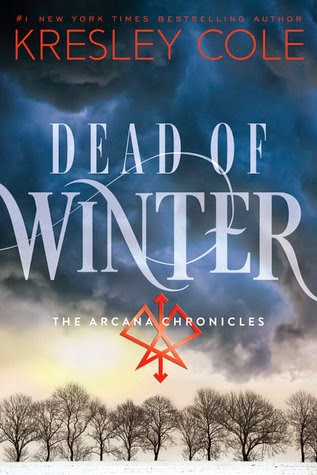 Can Evie convince her rival loves to work together? Their survival depends on it in this third book of #1 New York Times bestselling author Kresley Cole’s Arcana Chronicles, a nonstop action tale of rescue, redemption, and a revenge most wicked.

Heartbreaking decisions
Evie was almost seduced by the life of comfort that Death offered her—until Jack was threatened by two of the most horrific Arcana, the Lovers. She will do anything to save him, even escape Death’s uncanny prison, full of beautiful objects, material comforts…and stolen glances from a former love.

Uncertain victory
Despite leaving a part of her heart behind with Death, Evie sets out into a perilous post-apocalyptic wasteland to meet up with her allies and launch an attack on the Lovers. Such formidable enemies require a battle plan, and the only way to kill them may mean Evie, Jack, and Death allying. Evie doesn’t know what will prove more impossible: surviving slavers, plague, Bagmen and other Arcana—or convincing Jack and Death to work together.

Two heroes returned
There’s a thin line between love and hate, and Evie just doesn’t know where she stands with either Jack or Death. Will this unlikely trio be able to defeat The Lovers without killing one another first...?

To say I am a fan of this series is so grossly understated unless, of course, you can somehow include rabid in the statement...lol. I love it and even though I refuse to discuss the last two pages, I will not allow this brutal blow to distract me from what an amazing adventure this book was. So we will NOT be discussing Evie's choice. Instead, lets focus on the truly AMAZING villains is this epic story. I cannot express my love for this series enough, even if most of the time I want to beat up Evie.

This saga is so unlike any I have ever read and I love the fact the author remains true to the tarot lore. In this story we run into quite a few new cards which deepens the mystery surrounding Evie's past incarnations. At one time it seems she was so loved by all the cards....until she betrayed them all. I just can't help wondering why she became so evil. What happened to turn her? This book deepens those unanswered questions until they are more like festering wounds than a small cut. What has to happen to blow the dust off of those memories? What will it take?

Everyone knows on which side I lean in Evie's decision concerning her loves. There is only one choice in my mind but in hers there are more. And where is the card that has yet to be revealed? The card that even the fool cannot find? How can you hide your very essence from all the other players? My thoughts deepen on these subjects and I can't help but hunger for the next book!! These truly are page turners and I can't wait to see what happens next!!!!!