Giveaway and Spotlight On: Crazed Reckoning by Valerie J. Clarizio 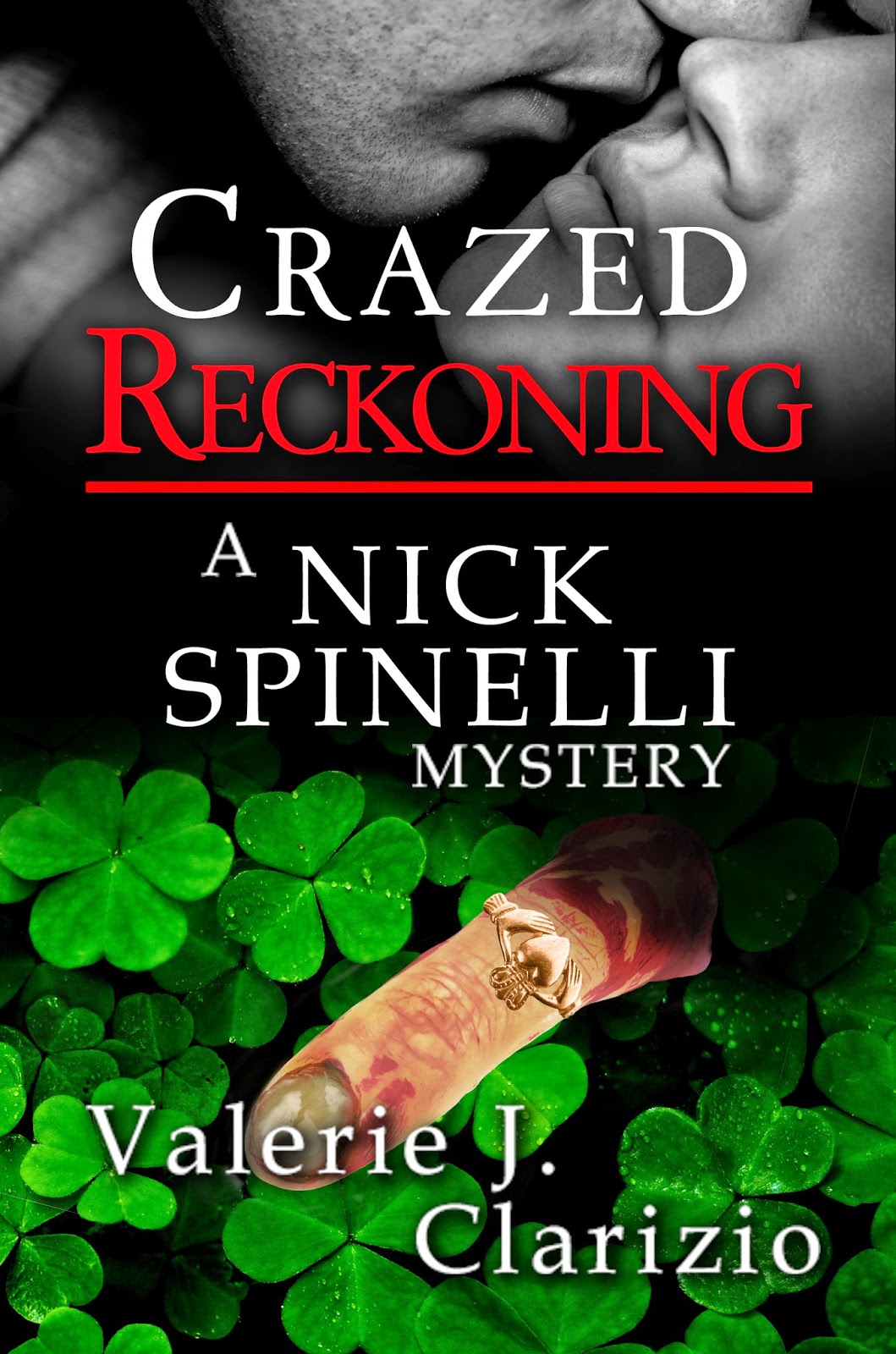 While out on a geocaching adventure in Door County, Shannon and her friend Anna find more than a clue in the cache box. When Shannon disappears, Spinelli is sent racing to find her. Amidst the chaos of an unruly Irish celebration, and a decades-old Irish family feud, he must rescue her from the hands of a madman. 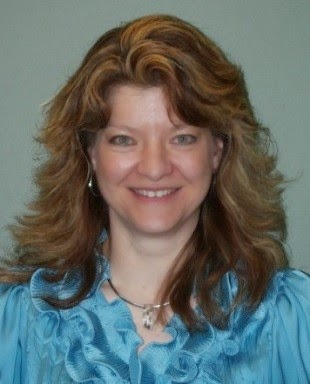 Authors Bio:
Valerie is a writer of romantic suspense, contemporary romance, and women’s fiction novels.  She lives in beautiful Door County Wisconsin with her husband and two very spoiled cats.  She loves to read, write, and spend time at her cabin in the Upper Peninsula of Michigan.  She’s lived her life surrounded by men, three brothers, a husband, and a male Siamese cat who required his own instruction manual.  Keeping up with all the men in her life has turned her into a successful hunter and fisherwoman.

Caving to his selfishness, Spinelli lifted his hand and combed his fingers through Shannon’s smooth, silky strands of hair before his hand came to rest against her warm, inviting, cheek. Her eyes fluttered open but quickly closed again. He tilted her head slightly for better access to her soft, irresistible lips. He touched them lightly with his before he pulled his head back in hopes to catch a glimpse of her beautiful emerald eyes. It took but a moment for her lids to rise, and the sea of green staring back at him instantly swallowed him whole.

Wasting no time, he dipped his head and fully took her mouth. The heat of her tongue nearly set him to flames. Her fingers wove through his hair; his hand cupped a breast through her shirt. Her back still pinned one arm between her and the chair. As if reading his mind, she shifted her position more upright, freeing his arm and his hand for roaming. He nearly chuckled at her mind-reading skills in the few short months they’d been together. At this rate, he’d soon have no private thoughts left.

Her scorching tongue turned his mind to mush. She sent every nerve ending in his body to the highest point of arousal he’d ever experienced. He couldn’t think anymore. He could only react and deepened his kiss.

Straddling him in the chair, she placed her hands on his cheeks and locked her smoldering gaze onto his. He needed a crowbar to tear his gaze from hers, as he glanced at her letter still on the arm of the chair. Unless she saw it in the last few seconds, she would have no way of knowing he’d seen the letter she wrote to him. Shifting his gaze back to her, he found her looking at the paper. Her breath held for a moment.

The sheer intensity of her concentrated gaze bored into his soul. “I meant every word of it, Nick.”

A thrill snapped through him like a lightning bolt as if this information was new to him. Deep down he’d known it for a while, but the letter confirmed his suspicions. Hearing her say the words, with such sincerity and assurance, rendered him speechless. His heart pounded in his chest.

Shannon’s green eyes darkened as she leaned forward and pressed her fiery-hot and needy lips to his. Spinelli’s greedy hands went to work, pulling her shirt up and over her head so quickly their lips hardly parted to complete the task. His fingers loosened the hook on her bra, freeing her small perky round breasts from their confinement.

Pulling his lips from hers, he fastened his mouth around one breast as he cupped the other in the palm of his hand. Her breath hitched and released with a soft moan. If that was the last sound he ever heard, he’d die a happy man. She had the most beautiful breasts.

Shannon’s small hands floated down and fluidly worked the button and zipper of his jeans. If she took any longer, the force of his erection would take care of that task.

He somehow found enough sense to lift himself to his feet with Shannon in his arms. Her legs wrapped around his waist. He took the four steps needed before playfully tossing her onto the bed. Kneeling before him, she tugged at his jeans as he pulled his shirt over his head. She eyed his erection. He always loved how she looked at him. Only two things were better. Yep, wrapping her mouth around him was one. Her sizzling tongue slid around and over the tip of him before taking him in completely. The escalating pressure was nearly more than he could bear and she’d hardly started. His pulse pounded in his ears as his aching body begged for release. His concentrated effort to hold out nearly failed him as she freed him from the depths of her knowing mouth.

Shannon scooted up on the bed. Her skin flushed at his gaze. He tugged her jeans and panties from her before he crawled up beside her. Before he knew it, his mouth covered hers, probing, exploring, as if it had never been there before. He was ready, so ready to dip inside her velvet opening.

His smoldering gaze turned black as coal at her response. He leaned toward her and captured her lips with his hot, hungry mouth. The immeasurable possessiveness of his kiss overwhelmed her. Heat spiraled through her body, her skin on the verge of melting. The sensations ripping through her could only be described as pure pleasure, and he was just getting started.

TWO ways to win!!  Comment below for your chance to win an e-book copy at this stop and enter the rafflecopter for a second chance!!  Good Luck!!


a Rafflecopter giveaway
Posted by Unknown at 12:40 AM 2 comments: