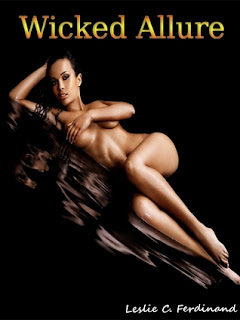 Searching the deepest recesses of their hearts, in a place where pride and pain has no room, Madi and Zach must decide if their bond is strong enough to take a second chance at love. Or if resuming their sexual relationship is an irresistible wicked allure and the ghosts of their former relationship will finally, and forever, sever all ties between them.

Let me start out by saying this: at some point in the book you will become choked up.  It brought tears to my eyes several times, but this is an outstanding book and the emotional consequences should not deter you from reading this book.  It is well worth the momentary blindness by happy and sad tears.

Madi was head over heels in love with Zach.  She was ready to settle down, throw her career and dreams away, and start a family.  Unfortunately Zach was not.  He was terrified.  Unfortunately fear causes people to do stupid things.  Madi walked in on what she thought was Zach getting ready to have sex with another woman.  She was absolutely crushed.  She turned away from him and left to start her life as far away from him and her family as possible.  Madi could never fathom that a bigger game was at play.  So when her mom calls her three years later for her come home, Madi still has extreme reservations.  Her mother pulls out the big guns and waves the possibility of becoming a stock-holder in her dads company IF she runs a business her mother recently acquired.  Little did Madi know that her partner in this venture would be Zach and the business was a sex club.

Zach cared little about things in life.  Since he had chased Madi away three years ago, all that was left for him was work.  He struggled to bring his father's company back up to the top and made a lot of bad business decisions.  He ended up working for Madi's mother, which is one of the worst case scenarios in his life.  No one is more shocked than Zach when Madi comes strutting in the door for a stock-holders meeting.  Maybe, just Maybe he could convince her to hear him out.  And maybe hell would freeze over too...lol.

Madi and Zach are two pawns in a much bigger game.  They almost realize it too late and many people have to fill in the gaps for them to figure out what is truly going on.  The characters are all very unique and have memorable characteristics.  I truly think Madi and Zach are my favorites.  Zach begins changing the moment Madi walks back into his life and you literally get to watch his growth as he works through his own realizations.  Zach has always been more than he seems, but Madi was one of the few people to ever see him for himself.  Can he reclaim that faith?  Can Madi forgive Zach and learn to trust in him?  This book was truly amazing and I enjoyed it immensely!!!