A Ghostly Menage by Eve Langlais!

"A Ghostly Menage"
by Eve Langlais

Re Releasing on May 23rd

Forget ghosts who rattle chains, try living with ones that like to grope. 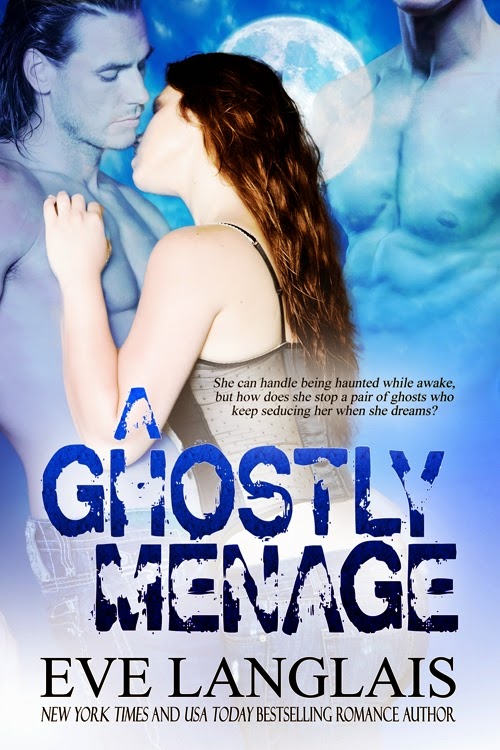 Desperate for change, Jenna buys a repossessed home on a whim. The townsfolk claim it’s haunted, but Jenna’s pretty sure all it needs is some TLC to stop the drafts. It doesn’t take long before she realizes there’s more going on than the vagaries of an old house. Something, or someone, is playing poltergeist with her house, and whatever it is keeps stroking her with ghostly fingers and haunting her dreams.

Please note, A Ghostly Menage was originally published by Cobblestone Press from October of 2010, until May 8th of 2014. Published anew in late May of 2014 by Eve Langlais, this book has been expanded from its original version of 17.5K to 27k and features a new cover and, a new price. I hope you enjoy this newer version.

Thanks for posting :) I hope readers like this shivering fun romance.