Giveaway and Book Blast: Raven and the Rose by Charisma Knight 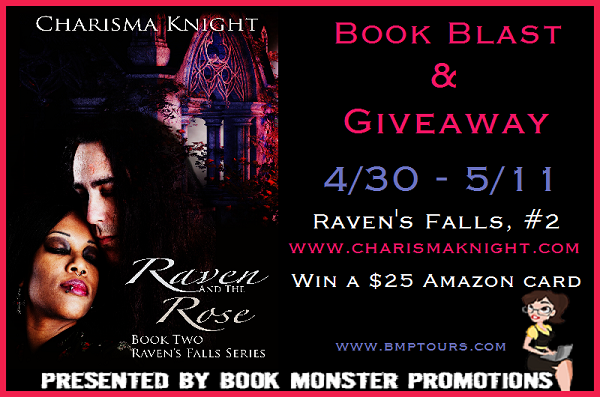 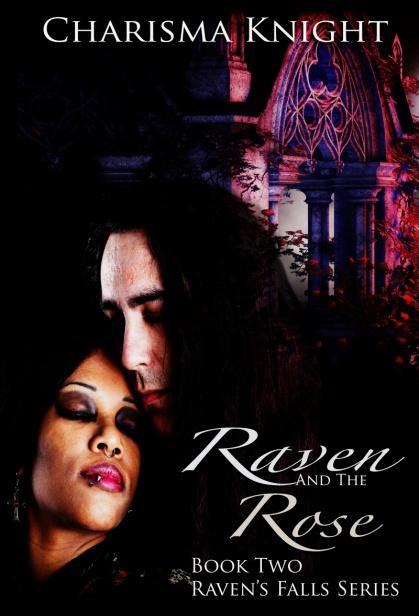 Rose McQueen struggles to find answers to solve the rash of home invasions in the town of Raven’s Falls. In doing so, she must invoke the help of a vampire to discover the identity behind the recent events while finding a way to strengthen her waning powers. As heart of the family, a McQueen witch must endure great trials and tribulations, but can there be a balance between witch and the woman?

Raven shifter Storm Raventhorn doubts his duty as protector and guide to the McQueen family as he tries to assist Rose in making Raven’s Falls a safe place for everyone. When darkness strikes at McQueen Manor he makes a sacrifice to protect his loved ones and is forced to take a long hard look at his purpose in life. When he is stripped of his powers, he must find a way to return to the woman he loves to aid her in battle. If he’s successful his powers will be returned. If he fails, he’ll remain in the Netherworld for the rest of eternity.

RUNNERS UP:  2 runners up will receive their choice of any one title from Charisma’s backlist (excluding Raven & the Rose)