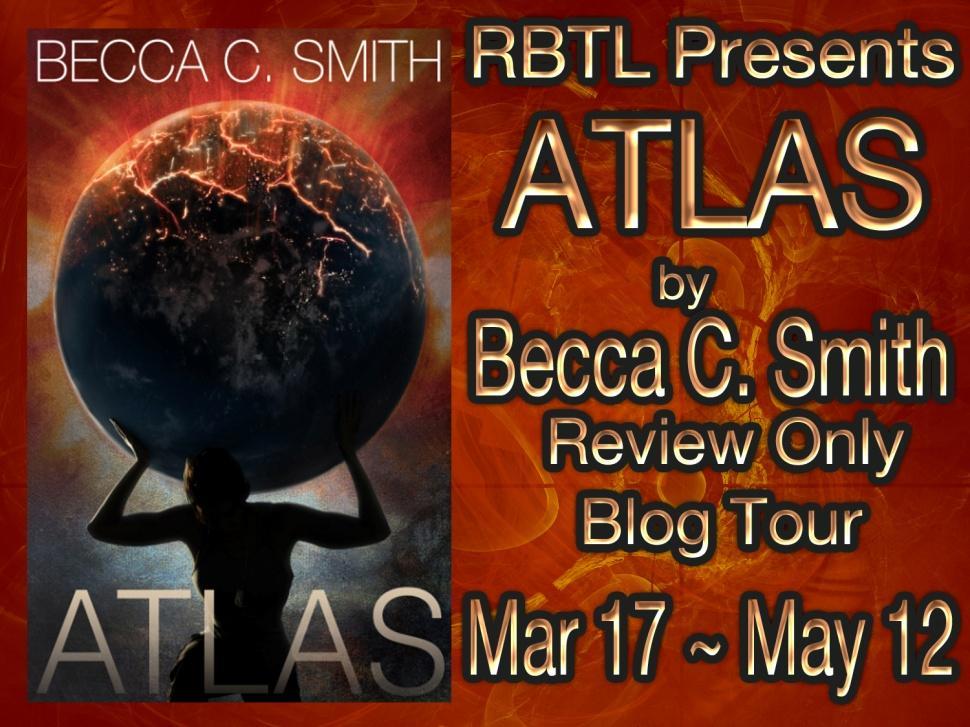 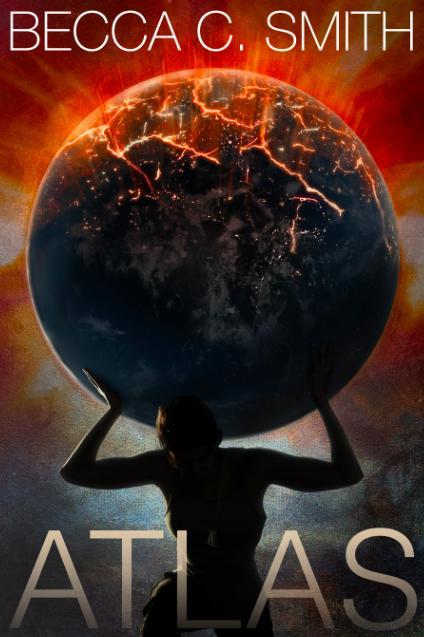 Title: Atlas
Author: Becca C Smith
Series: The Atlas Series Book #1
Genre: Urban Fantasy
Publisher: Red Frog Publishing
Release Date: Nov 2013
Edition/Formats Available In: eBook & Print
Blurb/Synopsis:
Kala Hicks never imagined she’d be fighting demons, angels and gods when she joined the Navy. But when her elite covert military team is on a mission aboard Air Force One and Kala is forced to shoot the President her life changes forever.
The moment the President is killed the Titan god, Atlas, speaks to Kala, telling her that she has to do his job by committing one act of atrocity every four days… or the world will end. Kala faces off against creatures of legend; from demons determined to make her fail and plunge the Earth into chaos, to angels who don’t trust her to do the job and are willing to kill her to claim it for themselves.
Pitted against the forces of good and evil, Kala must choose whether to save the world by doing the unthinkable, or sit back and let it burn.
Four days later, she’ll have to do it again. 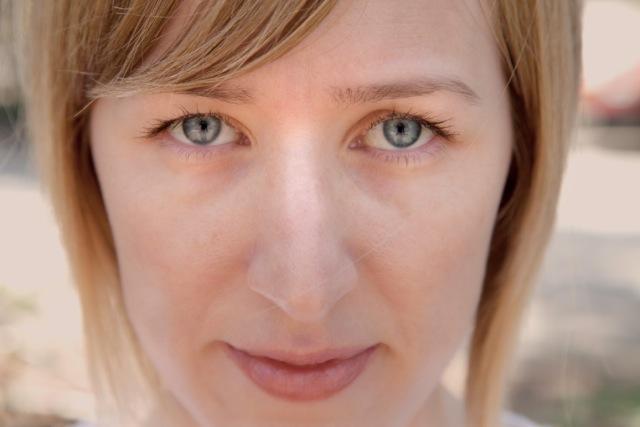 Becca C. Smith received her Film degree from Full Sail University and has worked in the Film and Television industry for most of her adult life. In 2010 Becca published her first novel, Riser followed by the sequel, Reaper, in 2011, and the finale, Ripper in 2013. In 2012 Becca wrote the children’s novel Alexis Tappendorf and the Search for Beale’s Treasure. She is also the co-author of the teen graphic novel Ghost Whisperer: The Haunted. Becca currently lives in Los Angeles, CA with her husband, Stephan and their two cats Jack and Duke.

Very carefully, Jack opened the door that led to the President’s office.
What awaited them was terrifying.
President Jareth Wilton stood behind his desk. He was wearing a vest that held five grey bars of C-4 wired into a bomb. Wilton was a tall man, well over six feet with stark black hair and a long face. He was a young President, only fifty years old, but he looked like he’d aged twenty years since the last time Kala had seen him at a press conference, with dark rings under his eyes and worry lines on his forehead.
But his smile was what made the scene surreal and horrific. His thin lips were grinning as if he’d just climbed Mt. Everest.
President Wilton stared directly at Jack as the door swung open the rest of the way. “I figured it out! I figured out how to break it! No one will ever have to do what I’ve had to do again! Do you realize what this means?”
Kala knew then and there that the man was cracked. Figured what out? Break what? He was rambling like a mad man.
But the more frightening moment came when Jack responded back to Wilton. “Killing yourself is impossible. People have tried that in the past.”
Not only was President Wilton talking crazy, but apparently Jack knew his language and was responding accordingly.
Kala noticed that Wilton’s eyes lit up when Jack spoke. “You’re the one they sent to replace me.”
Jack nodded.
What? Kala was seriously confused.
Kala spoke up, “What’s going on Jack?”
Replace him for what?
Jack didn’t acknowledge Kala or the rest of the team, which was shifting uncomfortably behind him.
Wilton shook his head, serious. “You can’t do it. You have to let me detonate this bomb. We have to crash the plane! It’s the only way to stop it!”
“You can’t stop it!” Jack yelled back.
“I can and I will!” Wilton talked into an earpiece. “NOW!”
The plane nose-dived.
Everyone jolted forward and stumbled from the force of it.
Jack barked orders, “Lali get up to the Flight Deck and by any means necessary take over this plane!”
Lali paused for a second, she looked more confused than Kala felt, but after a moment to gain her bearings as the plane was falling fast, she managed to high-tail it out of the room and up to the Flight Deck.
Kala was sure they’d hit ground at any moment.
Jack aimed his gun at the President’s head.
Wilton was frantic. He ducked behind his large oak desk that was bolted to the ground.
“You can’t kill me! You’ll ruin everything!” Wilton yelled.
Jack turned to Kala and Derek. “No one shoots him but me!”
Kala kind of nodded, but she was in shock at the fact that they were about to flatten a part of the capital with Air Force One. She really didn’t care what Jack was saying. She couldn’t let President Wilton set off that bomb and kill thousands.
Jack shot at the desk, trying to hit the president, but he didn’t come close.
Only Kala could make a shot like that and not get them all killed from shooting a hole through the plane.
Kala and Derek made eye contact. Kala could tell Derek was thinking the same thing. He whispered so only Kala could hear, “Do it.”
Kala’s nod was barely perceptible.
Jack saw her and his eyes went wide. “Kala STOP!”
Kala shrugged. “I can’t let him do this, Jack. I’m sorry.”
Only the top of Wilton’s head was showing.
It was enough.
Kala took her shot.

The was an amazingly good read!  I love it when I pick a book up and get completely blown away by the contents.  It was a refreshing dip into a part of Greek Mythology not usually touched by other authors.  The story itself was completely original and should be applauded for its brilliant  plot.  Welcome to a world of prophecy...titans....angels...and demons.  I loved the integrating and the flare.  Kala as a lead character was conflicted, hard, with a no-give attitude who knew what loyalty was and stayed true to her heart.  One of my favorite scenes in this book is when a demon tricked her into forgetting Jack, but her will still remembered.

I expect great things in the future from this author and she is going on my to watch list.   The one thing I will wrn you about is the ending...it totally makes you want to throw your reading device!!  Excellent Read!!