Review and Giveaway of Pharoh Mine by 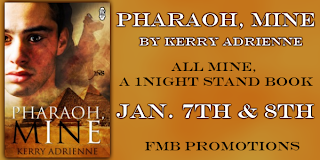 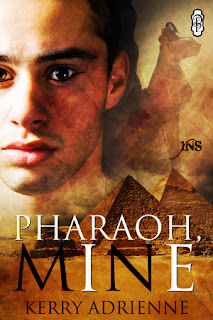 Title: Pharaoh, Mine
Series: All Mine #3 | 1Night Stand
Author: Kerry Adrienne
Genre: Time travel, Erotic Romance,
Publisher: Decadent Publishing
Ebook
Pages: 47
Purchase:
Decadent Publishing | ARe | Amazon | B&N |
Book Description:
Kathryn is a veterinarian with a cause—she risks her financial security to help local cat rescue groups. When a stray cat, black with one green eye and one blue, meows at her door one night, Kathryn’s view of rescues changes quickly.
In Ancient Egypt, the throne is passed to the firstborn son, and when the sun rises over his father’s fresh tomb, Seti will claim his crown. Seti doesn’t want to rule, but the only other option is death, and his half-brother is happy to oblige.
Though Seti and Kathryn each need fulfillment in their lives, for one night they find peace in each other’s arms. At dawn, Bast will return to ferry them back to their responsibilities.
Excerpt:
The king’s sarcophagus lay on a large carved stone in the center of the torch lit chamber. Seti paced across the compacted dirt, the oily smoke from the flames trailing behind him in a whirlwind of memory. Musky incense swirled over mounds of beaded offerings to the gods. He fell onto his knees, trembling. The lone melody of a cane ney snaked down into the tomb, the musician somewhere outside, with most of the mourners.
“Father,” he whispered. No tears came. He fingered the painted hieroglyphs lining the edges of the wooden likeness of his father. The markings told stories of the king’s honored past. The wars. The blood. The lives cut short and the many children. Many brothers.
“And I am firstborn. Why?” He pressed his sandal toe against the earthen floor and balled his hands into fists. Shaking, he stormed over to the servants who knelt by the vizier at the tomb’s entrance. “Leave!”
The servants, half-bowing, scampered through the shortened doorway. Seti shook his head. They scurried like startled rats who had been lurking in shadows, waiting for the humans to leave the kitchen so they could rush out and steal crumbs.
“My king, you must calm down,” the vizier said. The old man moved his staff side to side, in deference.
“I am not yet king, Pensekhmet. Not until morning.” Seti rested his head on his father’s image, freshly kohled on the surface of the wooden coffin. The paint smelled of sharp pine and heavy clay, alive and fresh—but his bitter old father lay inside—wrapped in linen and empty of his soul. The tyrant had finally had passed into the afterworld. Even now, he walked with the gods.
“When the sun rises, you will be king. It is time to put away your childish notions and accept your destiny.”
Seti beat his fists against the wood in a slow rhythm. “I do not want to rule .”
About the Author: 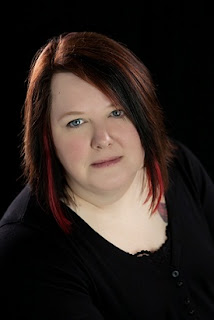 Kerry holds a BA in English with a minor in Classical Studies from NC State University. She has extensive freelance editing experience, and teaches various fiction writing classes at a local college. She’s an Associate Editor with Entangled Publishing, and is Managing Editor of the Covet line, Entangled’s paranormal contemporary line. In addition to editing, Kerry writes science fiction, romantic fantasy, and paranormal romance. In her free time, she is a costumer, artist, cat collector, and guitarist.
Facebook | Website | Twitter |

I love diving into the past and just the thought that you intertwine your fate with another made for a really good story.  Kat was a workaholic vet with a big heart and an extreme love of cats.   Seti was a soon to be crowned king of Egypt.  Both needed to be loved and were extremely lonely.  Thanks to Madame Eve and Bast..problem solved!!  I truly recommend the 1 Night Stand series.  They have not put out a bad book yet.  I look forward to another read by this author thanks to this yummy little taste!!  Great Read!

Would you like to win a copy?  Just fill out the rafflecopter below!!  Good Luck!!!
a Rafflecopter giveaway

Congrats on the release. Pharaoh, Mine sounds fantastic. Can't wait to read it. I loved the first two books in this series.

congrats on release! It sounds great!

I have several of Kerry's book and find them enjoyable. I haven't read this one yet. Congrats Kerry.
Mel
bournmelissa at hotmail dot com