There's more Sass where this came from!! 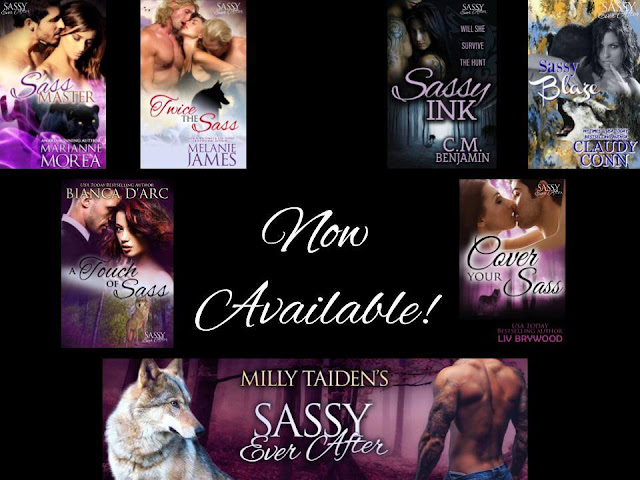 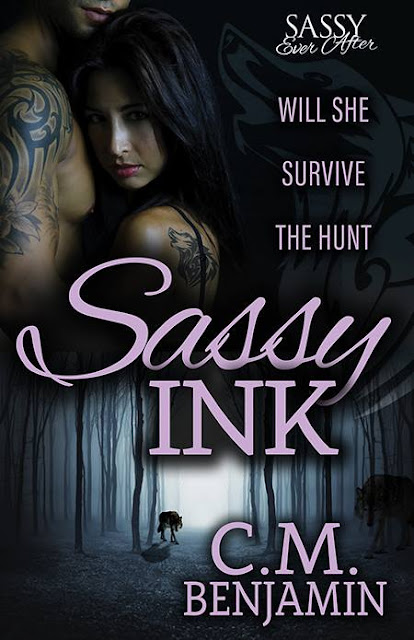 Sassy Ink by C.M. Benjamin
Blurb:
Greyson West never wanted to join the hunt, but the death of one brother forces him to take the oath in order to protect another. Bound to the dangerous pack of shifters hell bent on murdering humans, Grey plays his part until he meets, Etti, a smart-mouthed tattoo artist with a dark family secret.

When a dangerous encounter brings them together, their attraction is instant. Etti’s instinct to trust the sexy shifter saves her life, but now they find themselves both on the run. The hunt’s Alpha is determined to make Grey pay for breaking his oath. Their only chance of escape lies with Etti’s family, but even they can’t be trusted.

Together, they face the fight of their lives as the hunt closes in. Is their love strong enough to survive? Or will the hunt win?

Reader Note: This book is based in Milly Taiden’s Sassy Mates world, and in that spirit, there is plenty of hot sex, a sassy heroine, hunky shifters and action that won’t quit. (This book contains sexual content and mature language.)

Award-Winning author, Christina Benjamin, lives in Florida with her husband, and character inspiring pets, where she spends her free time working on her books and speaking to inspire fellow writers.

Christina is best known for her wildly popular Young Adult series, The Geneva Project.
Her best-selling novel, The Geneva Project - Truth, has won multiple awards and stolen the hearts of YA readers. Packed with magic and imagination, her epic tale of adventure hooks fans of mega-hit YA fiction like Harry Potter, The Hunger Games and Percy Jackson.

Christina loves to read and write across genres. YA is her favorite but she's a sucker for a good love story. Don't miss her romance, paranormal and historical fiction, as well as the multiple anthologies she's been a part of. 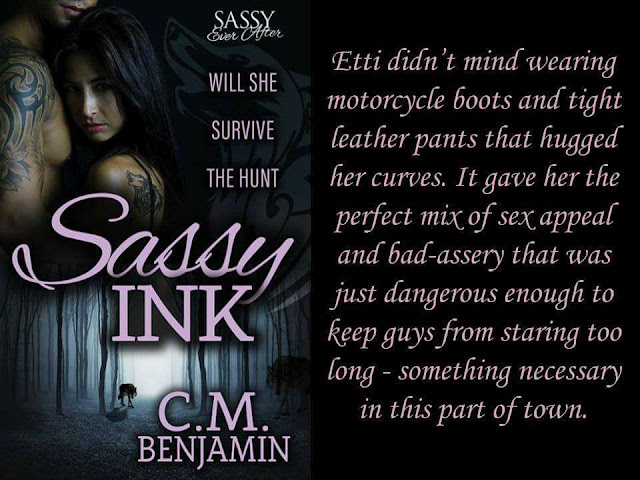 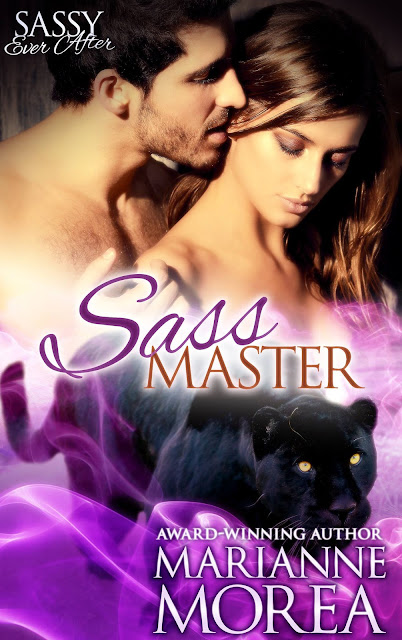 Sassy and independent, Jewel Randall is not one for easy trust. Adopted as a human infant into the veiled world of the supernatural, she grew up thinking she was nothing special. That certainty dissolved the moment her strong gut instinct exploded with unsettling premonitions. With her world in a tailspin, she heads home for help in figuring out why, only to find her past waiting for her in more ways than one.

Ethan Lowe, local bad boy shifter of the Catamount Pride, has haunted Jewel’s dreams for a decade. When the two meet again, old passions ignite, reawakening desires and regret she’d rather not face, especially not with everything she believed about herself challenged by revelations that threaten to destroy her. Literally.

Can she learn to accept the truth about herself as well as her feelings for Ethan and learn to trust? Can she learn to control her newfound abilities and save herself? It’ll take help—from her past, present and future.

I'm a New Yorker, born and bred, and my stories embody the grit and complexity of the city. An avid traveler, I use my experiences from around the world in all my books. There isn't a place my characters live or travel to that I haven't been myself.

Like most authors, my love affair with the written word started as a child with the books I read. Even today, I love to read almost as much as I love to write. My favorite stories are the ones that bring me to places and introduce me to characters that leave me breathless, allowing me to dream in the world of 'what if?'

From the time I could write my name I've been scribbling stories. So it was no surprise when I earned degrees in both Journalism and Fine Art, but after working in the trenches of Madison Avenue as a Graphic Artist, I decided to do what I love most full time. Write.

In the meantime I am also a founding member and former President of The Paranormal Romance Guild, a not-for-profit organization for readers and authors of the genre, and when I'm not 'bichok' (but in a chair hands on keyboard), I'm spending time with my husband and our three kids, traveling to exciting, romantic places...for inspiration, of course! 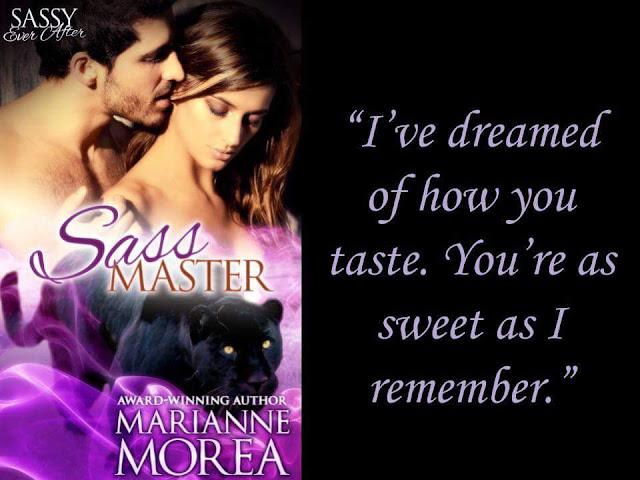 A Touch of Sass by Bianca D'Arc 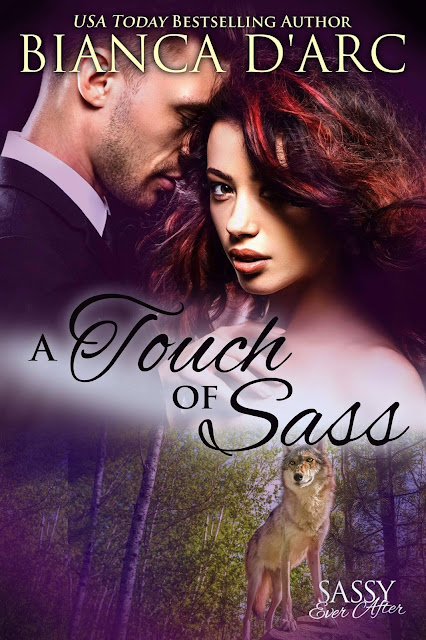 What’s an Alpha to do when the woman of his dreams turns out to be not only human, but a nosey researcher to boot? Oh yeah, and she’s riled up the more backwards members of his new pack to the point that they’ve targeted her for death. He has to step in and save her, no matter how much he thinks he’d be better off without the warm bundle of complications in his arms.

Maria has a thing for Sexy Shane, as she calls him in her mind. He’s the leader of the local wolf pack she’s been trying to study from afar. If she could just get hard evidence about some of their rituals and practices, her academic career would be made, but these wolves are elusive.

When she overhears two of them talking about a ceremony in the woods, she sets up surveillance. She doesn’t realize it’s a trap until Sexy Shane tracks her down and proves to her that not only was she in danger, but that he’s just the big bad wolf to save her…and rock her world.

It’s a rocky road to romance for Shane and Maria, though. Will his pack accept her or will he have to fight to the death to keep her? And can she adapt to live with the wild and wooly Hearthstone pack? They’ll face danger and find love, trying to find out.

Bianca D'Arc started her professional life running a laboratory. After grad school, she started to climb the corporate ladder in the shark-infested streets of lower Manhattan. Along the way, she studied various forms of the martial arts, racked up hundreds of thousands of frequent flyer miles, and learned that life is too short to spend it doing something you dislike. She now writes full time and loves it more than anything, though she'll always miss her first love... her laboratory. 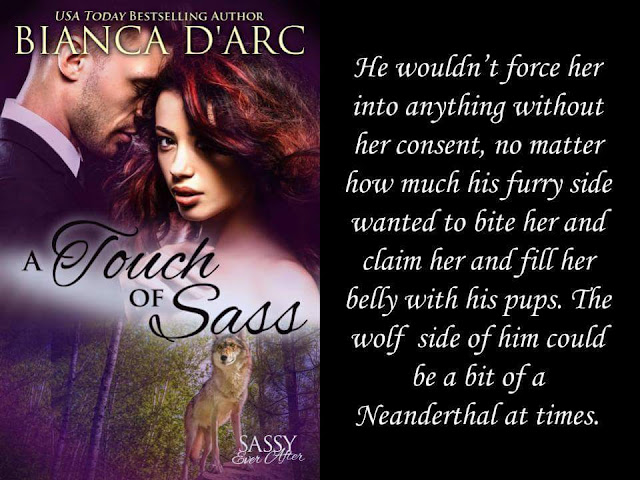 Twice the Sass by Melanie James 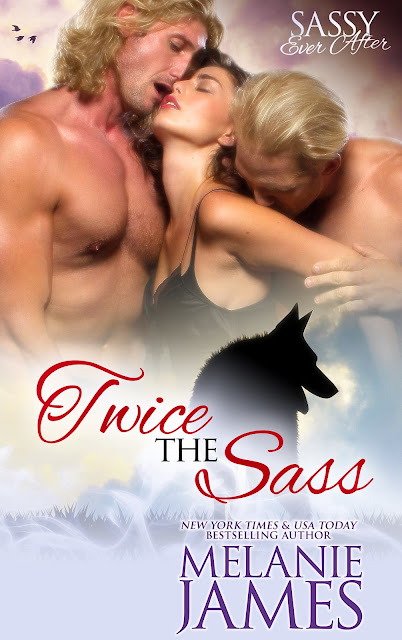 Cursed by the Fates at birth, Tad and Taavi Olsen have until their twenty-fifth birthday to find the one true mate they must share for an eternity. With the deadline hanging over their heads, they finally catch the scent of their fated mate. Will she accept them in time to save their lives, or will they prove to be too hot for one curvy female to handle. 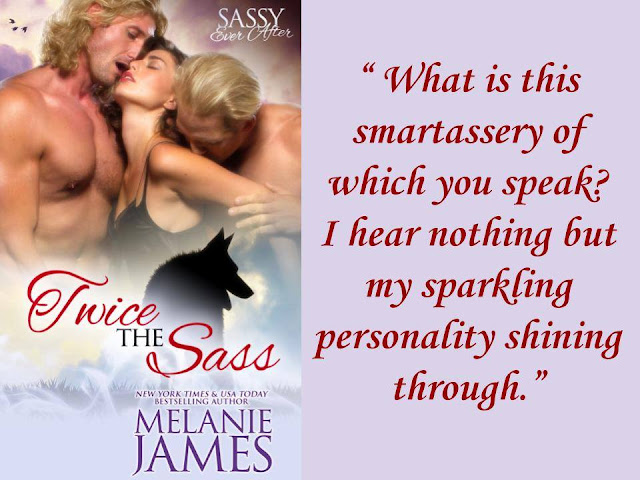 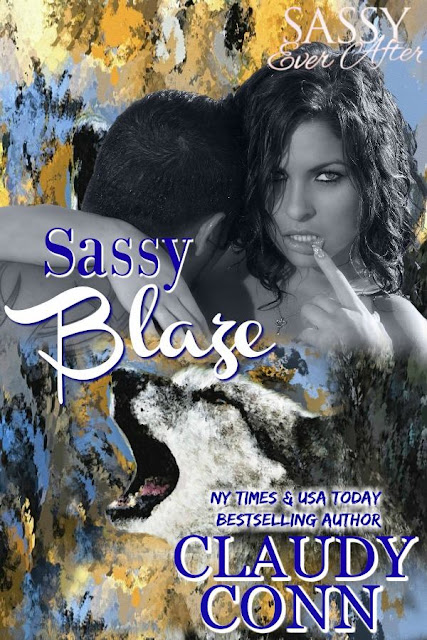 Zoie is working for her PhD and doesn’t want romance to get in the way. She doesn’t have the time. A Big Bad Wolf (Owen Slade) walks in on her one night and changes everything.

Rocco is pulling out all stops as he tries to keep Caleb from taking over the Rahound Pack as alpha. Rocco finds a portal to a demon world and when he gets it open, all hell will break loose.

Zoie is the daughter of the alphas of the Bracken Pack and they are united with the Wolfe Pack and Caleb. That alone sets her up as a target. Does she blaze her own trail and if she does, will she resist the hot hybrid, Owen Slade?


Some may know Claudy Conn as Claudette Williams/Melanie Davis, two names she used when publishing her regency and historical romances, with Random House, Zebra and Doubleday.

New York Times and USA Today bestselling author who writes historical and regency romances, has stepped into the world of paranormal romance as well, with her hits such as The Legend Series, Through Time Series and the Shadow Series.

We asked what does she do when she isn't writing and she tells us, she and her hot husband love hiking, swimming, traveling and playing with their variety of animals--wolf Cherokee and her now overgrown hybrid pup, Rocky the Man, included.

Her favorite things she says are, chocolate, fries and pizza.
She loves to hear from her fans, so visit her at: www.claudyconn.com 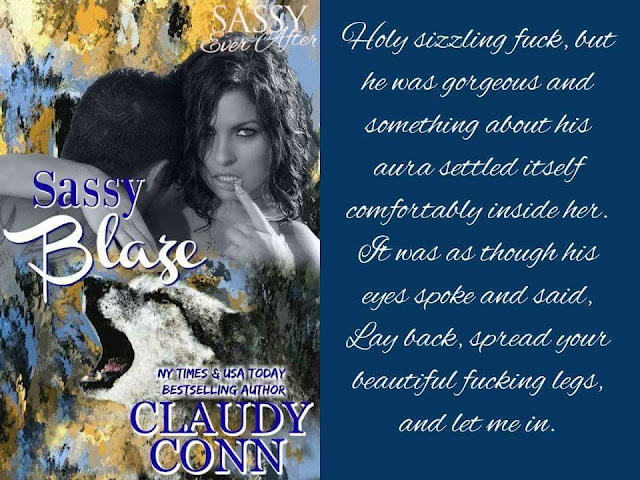 Cover Your Sass by Liv Brywood 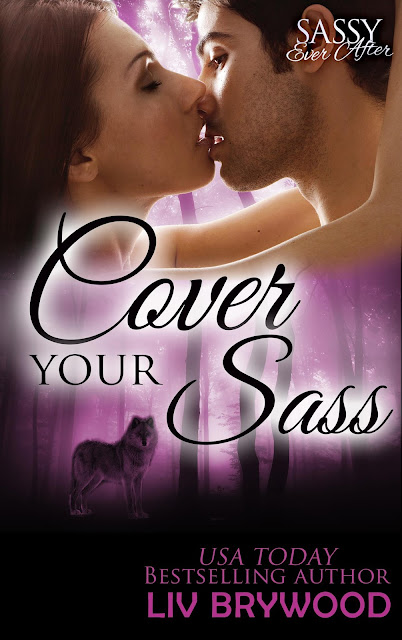 Wolf shifter Jax Devlin has feral blood coursing through his veins. He’s only interested in two things: poker and sex. Although he’s vowed never to cross the line with his best friend Riley, her scent drives him wild. But she’s completely off limits. She’s the kind of woman who deserves more than just one night of scorching hot sex. But when the chips are down, he might not be able to ignore his wolf’s animalistic instinct.

Liv Brywood is the USA Today best-selling author of the Curvy Bear Ranch paranormal romance series. She can be reached on her website and she loves chatting on Facebook.

Want more sexy werewolves, bears, and the curvy women who love them? Sign up for Liv's Newsletter- http://eepurl.com/VlIN9 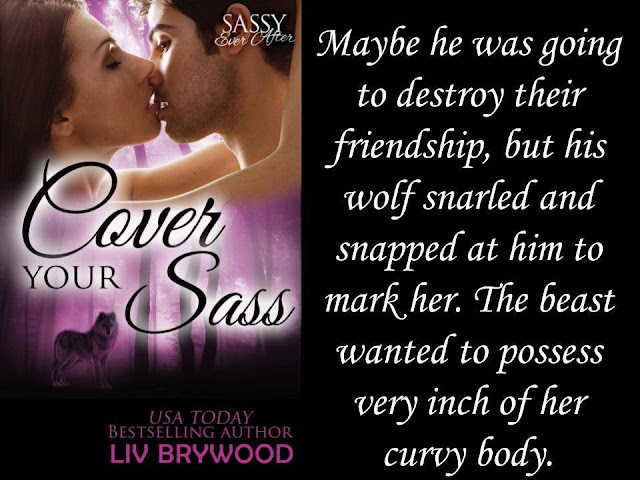