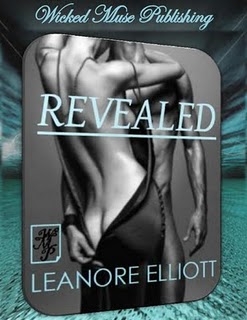 
Sometimes in life you yearn for a little more.  Maybe it’s a little more money, a little more pleasure, or maybe even a little more pain.  Such was the case for our heroine and thief Glory.  Glory was raised to be a protector of the stone, and the Marquis teachings were hammered into her from an early age.  The stone must be protected at all costs and kept away from his direct bloodline.  So our story begins with Glory going to steal the stone to keep it out of the hands of the wrong guy.  Her secret desires remain buried within until she meets Dell, who surprisingly had other intentions for the stone.
Dell was sent to steal a stone from another thief after they had acquired it.  Simple enough.  No killing the target and lucky for the thief he was there because a third person had joined the party.  Looks like whatever it was they were stealing was worth a lot. Too bad he was the only one going to cash in.  And then everything goes wrong.  Instead of stealing the stone from Glory, he ends up taking her with him because she becomes injured.  He just can’t leave her there until he figures out what is really going on and where that gaping hole in her chest came from.  He didn’t count on Glory becoming his ever fantasy wrapped up in a stunning feminine package.  She was electric and caused things to happen to him that he didn’t know could.  And that’s just chapter oneJ.
I loved the concept in this story.  It was very original and keeps you turning the pages and before you realize it your almost done.  I couldn’t put it down once I started.  The sex scenes are absolutely smoking. This book should have its own warning label.  So please, while your reading this book, make sure your in an air-conditioned room! I thoroughly enjoyed this book and highly recommend it!

Hi, Nikki! The cover for Revealed looks really sexy, and your description of the story makes the novel sound really intriguing. I may have to add it to my TBR list once our blog tour is over. Have a great day!

Love that cover, and once again a tremendous review. It sounds like a must read and I do love original PNR. I can't stop staring at the cover though, that is REALLY tight.