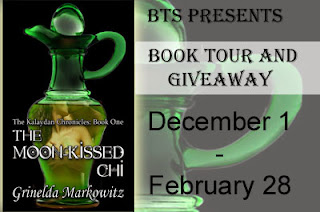 Thank you, Nikki, for having me here today. I’m delighted to meet up with, “The Night Kind,” finally.

My all time fave series is the Anne-Marie Villefranche French erotica series which included stories such as: Confessions D'Amour, Plaisir D'Amour and Souvenir d'Amour. This series kept the cockles of my heart quite warm (well, perhaps sizzling) and ever mindful of the sophisticated turn sexual content can take.

Speaking of sophisticated, a newer author to my bookshelf is the work of author, Anthony Beal. His style exudes sophistication and requires that the reader be engaged mentally as well. He definitely is on the side of my list of writers who are models to learn from. Though I don’t go out for really raunchy reading necessarily, my writing did take a turn for raunchy about eighteen years ago before I had decided to become serious about writing. I enjoyed that short foray.

There’s one tome of reading I wish was still available on the market. That is the old Blue Moon Books collection of titles. I was saddened when I had thought to get a few more of their books only to find they’d sold the imprint and the books were no longer easy to acquire. Some of my raunchiest writing was influenced by much of the reading I did of their publications.

I’ve read a number of things in the hot-and-bothersome arena over the years since I started to appreciate such things, but I have to say only a few stand out in my mind as worthy reads. There is sexual content I won’t read as it isn’t my cuppa tea. I think we authors who dabble in the adult-content genres need to be mindful that clear labeling of content is important so as not to tee off a reader who picks up a book and finds the content distasteful as it wasn’t what they believed from the cover blurbs and other introductory snippets about the book.

Recently I discovered a gem of a read. It’s exciting, well infiltrated with numerous arousing segments and well embraced by a wonderful storyline. I would normally not have selected this read as it was in the steam punk genre which isn’t on my usual reading excursion path. However, I’m glad I discovered it. Yup, I know I’ve not told you what it is yet, I’m getting there. Lots off hysterical laughter from cover to cover and hijinks, improbably obstacles to be surmounted, and surmounted they are many times the wackiest resolutions I’ve happened upon to date. And, yes there’s also ribald, in-your-face nudity. Well, of the kind the reader has to imagine. Oh, and canoodling (I think I spelled that right), yes there be canoodling. The series is the Parasol protectorate series by Gail Carriger. With me, when I remember the author of a book or series with no difficulty at all, I know it’s a good read.

I was treated to an unusual, but quite hot read in the adult fairytale arena. Elizabeth Schecter’s, Princes of Air, was quite entertaining and very hawt in the reading. It is also one of the few reads in the erotica genre I recall fondly. The majority of adult reading I’ve perused doesn’t come to mind and is probably all the better for it.

You’d asked me to talk about male hawties, and I had entertained the possibility until I realized that many of the males on my hawtie list are there because of more than a nice six pack and a tantilizing below-the-navel line. Just as my list of my top ten hot reads doesn’t make it to ten, my list of attractive men probably won’t cut the muster for the popular definition of hot. A wonderful voice or a cultured speaking style will do it for me many times over a well-built male. Someone with whom I can share common interests will be more alluring than the muscle-bound guy next door. I guess there’s not necessarily any electricity between me and someone who is built like my character, Bezhyanya, over someone with whom I can sit down over a cuppa. So, hot for me isn’t necessarily the six-foot zero type.

Well, I believe I’ve talked your ear off, but I do want to tell you what a pleasure it’s been to be here. I hope you’ve enjoyed it as much as I have. And, thanks everyone for stopping in. For the first five people to comment, I will send a coupon for my current book. Thanks again, and steamy reading to you al 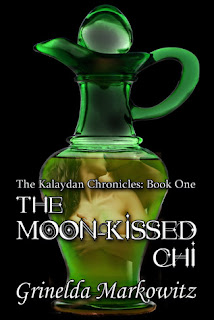 Blurb:
From the quirkiness of her daughter to the equine escapades of Bezhyanya (her sworn bedmate) and Grayt (her serving woman), Arrinay, ruler of Kalaydan, is faced with many concerns throughout her day which she handles with grace, poise and dignity. Will she be able to meet the challenges to come?

A hint of trouble on the horizon and other darker activities weave their way through the backdrop of this delightful tale which takes place in the city of Kalaydan.

Grayt dashed up the stairs lightly. Running quietly down the dark corridor, she came to the entrance of the receiving room of Arrinay and her family and entered the spacious chamber. The sound of amorous activity issued from the curtained room ahead. She walked instead into the room on the right. The curtains billowed violently, though without sound, into the room in which she stood. An intense, blue glow radiated from beyond the curtain.

It’s happening again. I don’t know how much more she can take.

Grayt stepped behind the curtain into the violence of the churning Gaichi energies and was nearly pulled from her feet. Moving further into the room, she tripped on a couple of clothing items littering the floor and nearly fell. The young woman on the bed writhed and contorted in her sleep as the powerful energies circulated through her and around her. The room stank of perspiration and clothing in need of laundering. Grayt gripped the crystal which hung about her neck and closed her eyes. Soon an angry, fire-red energy flared from between her tightly closed fingers. The light continued to intensify, swirling within the blue energies, only to disappear. She stretched her arms out to either side and began to turn widdershins. Her turning quickened and soon became spinning. She blurred like the turning of a child’s spindle. The Gaichi followed her into the maelstrom she had created and engulfed her. Seeming at first to consume the small woman, they were soon absorbed by the red force which had seeped out and wrapped around both her and the Gaichi. She was embraced by her own fire-red energy. As the red force wrapped more tightly around her, Grayt absorbed the Gaichi energies and her crystal reabsorbed her own fire-red energy. The room became dark as pitch.

I haven't read any of her books before. But I'm definitely going to add them to my TBR! This one sounds great :D

Thank you, Samantha for stopping in and commenting. I'd love to know what you think.

Sounds like an interesting read! Thanks for the chance to win

Sounds like a great read!!
Thanks for the chance to win!

What authors inspired you to venture in this genre?

What inspired you to write in this genre?

There is something wrong with the Felicity Heaton's post.I can't write a comment.

Where did the idea forbthis book come from! I can't wait to read it

Oh, This sounds different! I'm looking forward to reading it :)

Yes, someone else who looks beyond the shell to what is underneath to determine hotness. I'm sorry, but give me brains over brawn any day.

Loved the excerpt. I will have to check this one out. Thank you for the giveaway chance.

This is going to be an awesome book. Thanks for the chance to enter this giveaway.

Wow this sounds exotic!! Can't wait to read it :)

Sounds interesting, thanks for the giveaway!

Sounds very interesting and am definitely adding it to my TBR!

I am also a huge fan of Gail Carriger and I can't wait for the spin off series.
This sounds like a very unique and interesting read. Very exotic and unlike anything I've seen. It is definitely one I will be picking up.

I have enjoyed learning about your book. Thanks for sharing it.

A very intriguing blurb. Thanks for sharing it.

This sounds interesting, the crystal scene was intriguing.