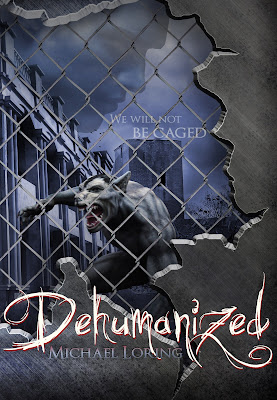 Amazon | GoodReads | Barnes & Noble
Ryan Zachery lived his life the way all high school teenagers should -
carefree.
Until he was attacked by an unknown assailer and awoke in the hospital with lycanthropy. Taken by armed guards and dragged away from everything he held dear, Ryan was thrown into a US camp made for those 'suffering' from lycanthropy.


They caged the beast, but now he will show them that he will never be dehumanized.

I’ve always known I wanted to write a story about werewolves, but it isn’t as easy as it might have once been. Back in the day to have a werewolf in your story was interesting enough, but since the coming of such media like Twilight and Underworld writing any type of supernatural story has grown in difficulty. You have to be unique lest you be compared to the other, more famous works of the same genre. You don’t want a hundred reviews stating your book is just a knock-off of Kitty Norville. You have to be unique, something that grows harder and harder as time goes on.

This same ideology goes for all book genres, but none more so than the supernatural/paranormal genre. There are so many attempts at creating a different take on vampires and werewolves and ghosts and zombies that when it comes down to it every idea has been done in one way or another. I’m not saying it’s impossible to create something new, I’m saying it’s much harder than what you might think it is.

With Dehumanized I knew I couldn’t just have them as werewolves. That would be plain and unoriginal. I wanted something different, something to make the reader go, “Oooh!” It took me a while, but in the end I finally had it: “Science!”

I came up with the idea of these werewolves being created rather than born. Of all the werewolf books I’ve read – and trust me I’ve read quite a bit – I’ve never seen it done. I was so happy when I came up with the idea because it was unique, and everyone seems to agree. With werewolves being made from science there’s a lot of potential, and hopefully with Dehumanized I have tapped into said potential! 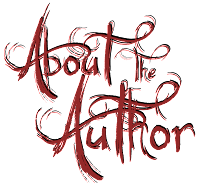 Website | Twitter | Facebook | GoodReads
Michael Loring was born in Bristol, Connecticut, but has lived in a variety of places such as Florida and Tennessee. He likes to think of himself as an amateur Lycanthropologist, studying werewolves ever since he was eight years old when he first saw An American Werewolf In London. He spent most of his life switching between home school and public school, always focusing on his passion of writing no matter what. His interest in writing was sparked in the second grade when his teacher encouraged him to write short stories for the class, earning him more than one award at school assemblies for Creative Writing. He currently resides back in his birthplace of Connecticut with a house full of women who like to drive him up the wall until he finishes his chores. Though they seem to avoid him during the night of the full moon for some unexplainable reason...

As a present for stopping by
here is a Dehumanized screen saver: 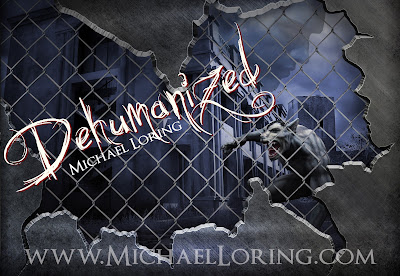 We hope you have enjoyed this stop on
the Dehumanized tour!


Stop by www.MichaelLoring.com to check out the other tour stops;

I would love to read this book. It sounds really good. Thanks for the giveaway. Tore923@aol.com

I love the creative take on werewolves in this story though I tend to not mind the tried out ones as long as the storyline is well written.