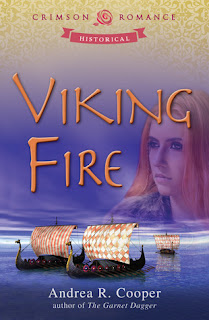 856 CE, Ireland is a land of myth, magic, and blood. Viking raiders have fought the Irish for over half a century. Rival Irish clans promise only betrayal and carnage.
Kaireen, daughter of Laird Liannon, is suddenly forced into an arranged marriage with her sworn enemy, a Viking. She refuses to submit. With no mention of love, only land and the protection of her clan, she endeavors to get her betrothed banished from her country. Will love find its way around her stubborn heart?
Bram, the Viking, finds himself without future or inheritance as a younger son in his family. A marriage to the Laird’s daughter would grant him land if he swears fidelity and if his men will fight along with the Liannons against any foe—Irish or Viking. However, the Laird’s feisty daughter only holds animosity for him and his kind. Is marriage worth the battle scars of such a relentless opponent?
With the blame for a rival laird’s death treacherously set against the Liannons, Kaireen and Bram must find a way to lay aside their differences as an unforeseen darkness sends death snapping at their heels.

This was such a cute cute before bedtime read!!!  Kaireen was by far far my favorite character.  She was grumpy and stubborn and the thoughts running through her head on a constant basis had you laughing out loud.  She fought her arranged marriage all the way to the end, convinced her betrothed was the spy they sought.  It has twists and turns in the plot and a big character reveal at the end.  You really have no idea who is really what til the end, which made for a superb ending!

This is just the read read to curl up to before you close your eyes.  It will leave you feeling satisfied and content, ready for a jaunt back into this author's world the next time!!