Guest Post with author Stacy A. Moran and her book Blood Myth

When I was about twenty, I picked up my first Anne Rice book. I went in search of her books after watching Interview with the Vampire. I loved the movie and was shocked Tom Cruise did not make me hate the movie. Instead I found myself sucked in and wanting more of this world Mrs. Rice created.

Once I'd finished reading Interview with the Vampire, I became mesmerized, addicted to her style of writing. There was something about how the words connected perfectly to the one before and how each sentence felt like poetry. I could see the characters and felt thrust into the book. I was forever changed from this one book.

Quickly I discovered all of her books and read them over and over again. The Vampire Chronicles pulled me in but The Feast of All Saints, The Lives of the Mayfair Witches, The Songs of Seraphim, The Wolf Gift, The Sleeping Beauty Trilogy just to name a few of her outstanding works, kept me coming back for more. The romance and mystery of her characters is fantastic and extraordinary.

Mrs. Rice has never let me down with her words. In fact she has inspired me to become a writer who is not afraid to be different, to create a world everyone will not understand. Her words stirred possibility in me that I could write about all the things dancing in my head. I was pushed by the prospect that one day my words may touch or encourage someone the way she had inspired me.

For years, I wrote poems, short stories but being the hardest critic I will ever have, I never let them see the light of day until recently. So many years have passed from that twenty year old and every day, I become braver as an author. Because of Anne Rice, I try to push boundaries with my worlds and characters. My first novel Blood Myth (Myth Series) is my first attempt to uncover myths and create legends.
Below is a sneak preview into Betrayed by the Myth the second book in the Myth Series.

The pain wracked every inch of his body. His body was covered in so many cuts and burns. He almost preferred the pain from the beatings than the dried blood and dirt that covered every inch of his body, creating a never ending itch. He could not believe he could be this helpless, could not believe his incredible power and strength had been drained from him leaving him reduced to such a deplorable state.

In the beginning he sent mental call after call into the universe for his family, his woman to help him. But they never came, she never came and his agony continued. After a while he stopped trying to connect to them, to her. She was why he was here. Because of her, he was trapped and left for the dead. No not just left for dead, he welcomed death. He was left for torture, unrelenting merciless torture.

Somehow his enemies had managed to capture him. He remembered the serpent that paralyzed his body. He could feel but he was unable to do anything to stop the torture. He was totally exposed, vulnerable to the Egyptian God of Evil Akhekh’s demons. The Raka Diavols the creation of the god, his warriors, his minions.
The Raka taunted him night and day about his woman’s betrayal. The daughter of Akhekh had set up him for his demise. Afina the beautiful demi goddess, she was as evil as her father. She fooled him in falling into love with her and used that love against him. He will never forget the night, her betrayal destroyed his life.
There was a time when all he thought about was dying but as time went on death was no longer an option. Revenge. Revenge is what kept him living. Even with his charred skin, his flesh cut open, and the blood dripping he no longer wished for death. It didn’t matter how long he had been in this cell or how long he would remain imprisoned.

In the moments of time that inched passed during his waking pain, he would whisper his name to himself. Cheres. He had a name. He was real. He existed. He lived in hell. He lived in darkness but he was real. He was Cheres the descendent of the great Egyptian Lion God Maahes and he would have his retribution. He was a warrior and time meant nothing to him. His world became narrow and focused. Survive, to take vengeance. He often chanted the word in his head over and over. Survive. 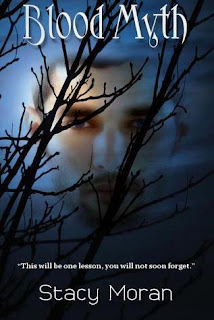 Zakah Sange was born into a world of dark magick, always living in the shadows of his father, the Raka King. He was dangerously sexy and enigmatic; he used power and control to shape himself into a hard and cunning man. Zakah became a warrior, a weapon and the master of his own violence lurking within.

Sorina Ruzicka was the great granddaughter of the evil god Akhekh. She was born into a legacy of magickal gifts that she wanted no part of. After years touring as a blues singer she returned home where she only wanted the seclusion of the mountains. A chance meeting with the mysterious club owner forced Sorina into the battle of her life.

Can a willful witch, accept the controlling nature of a demon who demands submission? Trusts will be tested, lines will be crossed and a fate neither of them expected will be played out.