Howdy, y’all! I’m Gracen Miller and I’m a hopeless daydreamer masquerading as a “normal” person in southern society. Yep, that’s right, if you were reading between the lines of that sentence you realize everyone that knows me in real life thinks I’m a freak. I proudly wave my freak flag. I have an unusual relationship with my muse, Dom, but I also credit all my creative success to his brilliant mind. Sometimes I’m blown away by the stuff he gives me. I’m addicted to coffee, writing, paranormal romance novels and movies, Alabama football—Roll Tide Y’all!—and did I mention coffee? Many of my worlds are spawned from coffee highs and Dom’s aggressive demands. I write in multiple genres—dystopian romance, rock star romance, paranormal romance, paranormal erotic romance, and gothic ménage romance, so I have a little of it all for almost every romance reader out there.


For AAD, I hooked up with five brilliant authors, Cassidy K. O’Connor, Louisa Bacio, A. D. Roland, Sheri Lyn, and Lia Davis. We’ve each written a Wickedly Twisted Fairytale for Adults story for the anthology. My story is based off of Goldilocks and the Three Bears. It’s not the fairytale your momma read you, but is scorching hot and for adults only. I joked to my husband that this might be what Amazon considers porn, but I did mix a plot into the sizzling heat of the storyline. Print copies will only be available at AAD. The e-book will release July 26th, 2016, on KU only, so keep an eye out. To celebrate this release, we’ll have a Wickedly Twisted party at AAD on Friday, August 5th, from 5-6 p.m. in the Polaski room. Come dressed as your favorite fairytale character… or if you don’t want to dress up, just come for the fun and prizes!


My dystopian romance, LIE TO ME, was released this past March. It was the first book I wrote where I knew the characters inside and out from the get-go. I’m a pantser, or as I like to say I write from the hot seat, never knowing where a book is going until it takes me there. With Lie to Me, the story wrote itself in an organic way, flowing without any trouble, like I wrote a biography for a past life I’d lived. It was a wonderful experience, but ended all too soon just over a month after I started writing the book.


Lie to Me is set in the 23rd century and a biological disease has decimated the population. Those who remain have been driven to desperate measures to survive. Over the course of a century, evolution delivers an answer—the Xeno gene, which provides its bearers with immunity to disease. All adolescent girls are tested for the X-gene, and carriers are obligated to bear children for the good of the human race.


Stone Emmerson, heir to a position of supreme power, is surprised to learn his best friend Kella is an X-gene carrier. He’s quick to claim her as his own, but as a mere servant, Kella can’t help but doubt his motives. Before he can offer the protection of his name, she escapes his household. While he mourns losing her, Kella starts over under an assumed name, and becomes a founding member of the X-Diplomats, a radical group dedicated to stopping enforced X-gene testing and promoting equal rights for commoners.


Years pass before she crosses paths with Stone again. As the web of deceit that has come between them unravels, their love begins to grow. But can Stone turn a blind eye to Kella’s violent revolution and see the justice of her cause? Or will their differences prove too great to overcome? While survival and freedom hang in the balance, what price would you pay to break the chains of oppression?


Where you can stalk me—not really!—but I do love to meet and interact with readers: 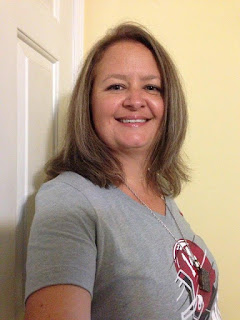 Links to where you can grab any of my books:


Also available on Apple, ARe, & Inktera 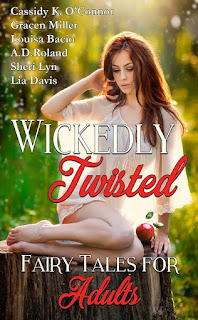 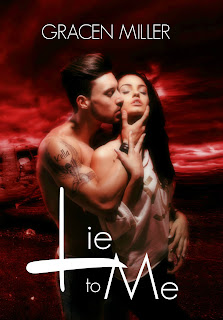