Giveaway and Spotlight on Dariel Raye and her yummy paranormal series Dark Sentinels!!

Enter a world where werewolves, vampires, shifters, angels, and all things paranormal capture our hearts… 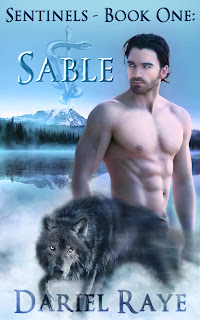 
Sable, a sentinel wolf shifter, is captured and locked in his wolf form until Akila, a veterinarian, tries to tame him and unleashes a 6'5" baby blue-eyed surprise. 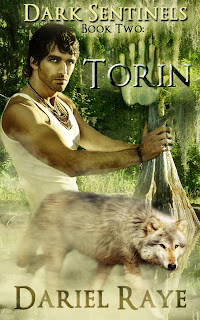 Real estate lawyer, Stephanie Bates, has risen to the top of her field through meticulous sacrifice and goal setting. She has no time for distractions – and that includes pets, messy relationships, and loose ends.

Torin DuMont is a forensic scientist who chose the profession to avoid dealing with people as much as possible. Raised by a stepfather who hated him, he’s been forced to live a life of solitude, fueled by anger and distrust. When wolves and shifters start turning up dead, Torin must battle an enemy bent on destroying those he was born to protect. His greatest challenge, however, is Attorney Bates and the surprising affect she has on his heart. 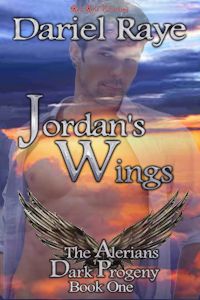 Jordan Taylor is a feisty, take charge, Rubinesque beauty with a tough façade, but after a string of lackluster relationships, her dream of a man who truly loves and appreciates her strength seems impossible…Until she meets Canaan, the man her fiancé claims is his best friend! Instinctively, she knows her neat, if lackluster life is about to change.

Born more than 200 years ago, Canaan looks like an angel but he’s far from it. In his world, the ratio of men to women is 500 to 1, and although he’s a superior being, he’s willing to break the most sacred law of his brothers, even drink human blood, to have one meant for him alone.When he meets Jordan, he knows she’s the one he’s been searching for.  To claim her, Canaan will have to betray his friend, humble himself enough to win her love, and risk his very life.

Canaan looks like an angel, but he’s far from it! 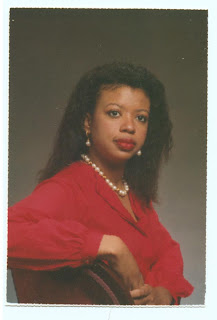 About the Author
Dariel is a classically trained pianist and vocalist with a degree in piano and vocal performance and a master’s in counseling psychology from The University of Georgia. She also completed studies and passed comprehensives for a Ph.D. (ABD), and tutors algebra and statistics. She loves animals, nature, all things paranormal, and presently lives with 2 large dogs and a passel of black cats. Dariel is currently writing “Dark Sentinels Book Three,” two Nephilim series: “The Alerians – Dark Progeny” and “Children of Cain,” and two short stories, “Kaden’s Reprieve” and “Ashanti’s Becoming: A Summer Quickie.”

Grab Dariel’s Musing button to keep up with events and giveaways!

Giveaway!!!!  Just enter the rafflecopter for your chance at some fabulous prizes!!!

Every book listed sounds interesting! I'm going to be adding them to my TBR list.

I can't wait to read. Thanks for the giveaway.

Wow this sounds like an amazing series! Dariel is a new-to-me author. I can't wait to read her work and Sable seems like the perfect place to start. Thanks for sharing!
Rhonda D
slinkydennis@yahoo.com

Sounds great! Would love to read these books!

They all sounds interesting. Thanks for the giveaway chance.

This series looks really good. I'll have to check it out.
marlenebreakfield(at)yahoo(dot)com

These sound awesome must haves for me .
flanagan@mebtel.net

Looks very intriguing. Thanks for the giveaway
divavixenqueen(at)gmail(dot)com

Sounds like a great series, will check it out. Thanks for the great giveaway.
Uconnhusky13@comcast.net

Sounds like a good series. Thanks for the giveaway.

I enjoyed the synopsis for the books... it really helps to have blogs that can highlight an author's works.

This sounds great! Thanks!
-Amber
goodblinknpark(AT)yahoo(DOT)com

These books sound great. Adding them to my wishlist.

Thanks for hosting me, Nikki, and thanks for the encouraging comments, everybody :-) I'll announce the winners here, soon.

Prizes have been sent to the Rafflecopter winners: Kimberly, Marlene, and Starla. Congratulations!! Hope "Sable" whets your appetite for book two, "Torin." :-)