Welcome Natasha and Sasha to CEWTNK!  I am so happy to host such a great author and wonderful vampire :)  Sasha has prepared an introduction to herself and the book, and since she literally has me in a throat hold, I'll turn over the rest of the post to her!  Be sure to stick around for details on how to score your own copy of this wonderful new novel!  Enjoy! 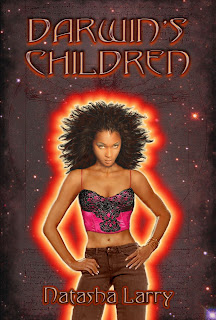 Thank you so much for having me! This was a lot of fun to write, and I hope you enjoyed it =)

I did!...Well maybe not the choke hold:) Sasha was determined to say her piece and I was taking too long;) The book sounds fabulous! Thank you so much for dropping by! It was a pleasure having you!

LoL Nikki, that sounds like her. The rest of the Gray family isn't as forceful... ;) You are a lot of fun. Thank you again.

Thanks Nova and Rainy! Heart you guys.

How cool would it be to have telekinetic abilities? Please enter me in the draw!

Congrats on the books and thanks for the giveaway!
MJB
msmjb65 AT gmail DOT com

Congratulations Natasha - Your vampires sound amazing (new & different) I like it!

Nice blog, Nikki. It's been a while since I've stopped in.

If I'm not too late, I'd love to be entered into your drawing.

Would love to win this book, thank you so much for the chance! GFC Krystal Larson edysicecreamlover18@gmailDOTcom

Thank you so much everyone for entering!!! And the winner is...Kay Dee Royal!!!