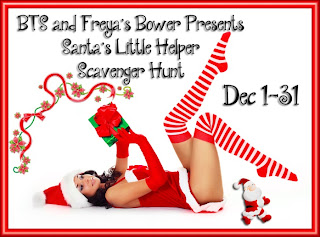 BTS Tours and Freya’s Bower are proud to present the Santa’s Little Helper Scavenger Hunt. 32 blogs have linked together to allow you to hunt for 32 different words that will be hidden in each post, so at the end of the hunt you will have 32 answers to plug into the rafflecopter. Please DO NOT leave your answers in the comment section. We want this to be fun for everyone, and not take the challenge out of the game. So this is how it works.
All the blogs listed below will post their game piece on their allotted date. You are looking for one word (related to Christmas or Sex) to plug into the rafflecopter as your answer. For Example:'
If you are on Close Encounters with the Night Kind, and find your word (clues will be provided for you in the banner) you log into the rafflecopter form and place your answer in the box marked Close Encounters of the Night Kind. Follow along the entire Scavenger Hunt and collect all 32 clues. We will be drawing for 4 $25 dollar Gift Certificates to Freya’s Bower. Happy Hunting!!! 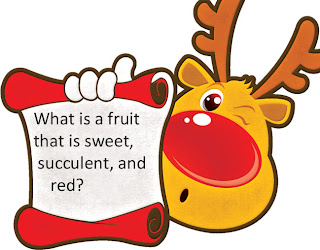 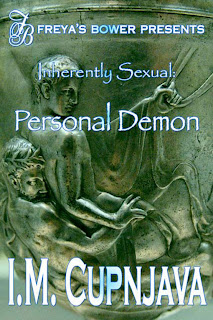 Tit
Author: I. M. Cupnjava
Publisher: Freya’s Bower
Length: Short Story
Sub-Genres: M/M
Blurb:
Temptation in an alb...Those of the most devout faith face  private struggles. When the man inside the priest fights carnal desires, the priest can only pray he has the inner fortitude to resist. Eve succumbed to the serpent. Adam succumbed to the apple. Now, Father Blake Krey stands in a private Garden of Eden tempted by his own Personal Demon.
Excerpt:


The smell of cologne returned, and a strawberry appeared before Father Blake’s nose. The deep red skin promised sweetness. At least they’d decided to not include apple slices on the fruit tray. Try one. They’re quite good.” Gianni inched the strawberry closer to Father Blake’s lips. With just the coolness from the berry registering on his skin, Father Blake turned his head to face the pursuer he didn’t want to evade. “This isn’t wise, Gianni.”


“It’s just a berry, Blake.” Gianni turned his hand and bit off the tip of the strawberry. A mist of juice settled upon his lips. He chewed it exactly twice before swallowing. The tip of his tongue outlined the bite mark and dipped into the center of the fruit. Father Blake’s knees nearly betrayed him. “Just a,” Gianni whispered, returning the berry to Blake’s lips, “a berry. A sweet one.” The edge of the bite mark traced Father Blake’s lips. The sweet aroma of the fruit filled his nostrils.


The tree had been planted in the garden for a reason, right? For the life of him, Father Blake couldn’t remember why. Liquid sweetness from the berry slicked across his lips. His tongue darted out, sought to taste the residue, and unintentionally tagged the side of the berry.Gianni, apparently, wouldn’t let that slip by. The wavering resolve of the priest fell to the needs of the man. The dimpled skin of the strawberry slid between Blake’s lips. Equal amounts of tart and sweet imbued his taste buds with a dizzying tang. Amidst solid eye-contact with Gianni, he pushed his tongue into the hollow of the berry, mashing the fruit’s flesh as he tasted it. Juice from the berry flooded his mouth and dribbled over his lips to his chin. The actual taste of the strawberry barely registered to his mind, but he knew this had to be the sweetest strawberry of his life.


Gianni’s fingers held the top of the fruit and pressed it against Blake’s lips. Drawing his tongue back, Blake took the berry deeply into his mouth. He crushed the pulp against the roof of his mouth, causing the bulk of the fruit’s flesh to split upon his tongue. Blake closed his eyes.Twice in half as many days, the serpent bit him.


Tiny seeds crunched between Blake’s molars as he snatched Gianni’s wrist. Pulp slid on the back of his tongue when he kissed Gianni’s palm. The tip of his nose tucked between two fingers, and he swallowed what remained in his mouth. Before he realized what he was doing, he licked the center crease of Gianni’s palm. His tongue roamed and pushed as it tried to find more fruit. Opening his eyes, he found his vision flanked by Gianni’s fingers and filled with the light gleaming off the deacon’s cross lapel pin on the open black blazer.


He winced, pushed the hand away, and stared at the crucifix perched above the doorframe. Gianni’s commanding presence engulfed Father Blake and eroded what little willpower he could harvest. Why now?

Caught in a choke-hold by his burden, he sputtered, “Kiss me.”

I.M. Cupnjava is a "chick with a keyboard" who is never far from the coffee pot and cherishes the beauty of human sexuality. She lives in Virginia with her cats. Originally, she started writing because the "voices in her head" wouldn't shut up until she told their story. She has a degree in Sociology and a minor in Anthropology which she feels helps deepen her understanding of human (and humanoid) behavior. She harbors a great interest in philosophy and science.

Momma Cup has been guiding Cup, as many people call her, toward being an author since Cup was twelve, but it took a friend, J. V., to give Cup the kick in her backside to turn her hobby into a career. A few decades past twelve, Momma Cup finally got to hear, "You were right, Mom." And J.V. learned she forever changed Cup's life.


Writing has been more work and more fulfilling than Cup ever imagined possible.