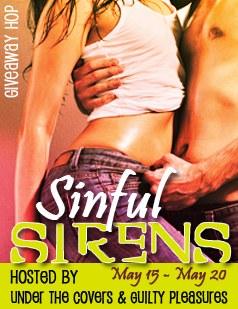 Welcome to my stop on this fabulous hop.  A big thank you to my chicas from Under the Covers and Guilty Pleasures for putting this on.  Both have fabulous blogs!!!!  So I know what you thinking...what can you win here?  Well I just happen to have a completely tasty dragon treat to satisfy your paranormal hunger.  So sit back, and be prepared to Come a little Closer to Tova's Dragon and her author Lyndi!! 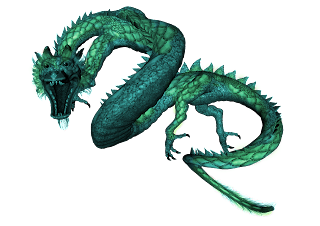 Many thanks to Nikki for hosting me on the blog today.

Like a lot of romance authors and readers, I love shapeshifter stories, especially werewolves and dragons. I wrote one werewolf story called Ilona’s Wolf, but knew there should be more set in the magical land I had created. When I went to bed one night, one of my last thoughts was that I wanted to write a dragonshifter story some day. That night I had a vivid dream about a young woman running away from a lightning storm. She found shelter in a cave where a dragon guarded its lair.

This kind of thing rarely happens to me, but when it does, I know it’s a gift from the muse. For the next week, I mulled over possibilities about turning the dream into a story. Then I had a sleepless night. As I lay in bed in the middle of the night, trying to asleep, the story started coming to me. I knew I had to get it down, so I got out of bed at 4AM, went into the living room, grabbed a yellow pad and started writing it all down. When I was done I had the outline for Tova's Dragon, and Tova had turned into a strong heroine, worthy to be the mate of the last dragonlord in the kingdom. 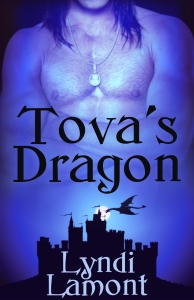 Tova, an earth mage, rejuvenates through sex magic. She's on a mission to save her homeland, but her magical energy is running low--closing in on empty. How is she to know the handsome half-naked man she encounters is not only a condemned man, but also a dragonshifter? Talk about hot and steamy sex. And nothing is simple after that...

Kane has always loved Velosian women and their sex magic. Tova's warmth stirs his passions and her courage touches his heart, but he dreads telling her of his true nature, certain she will recoil. But Tova is made of sterner stuff.

Together, Kane and Tova have the power to save Velosia. If they survive, can an earth mage find happiness with a dragonshifter? In a land where sex and magic are intertwined, anything may be possible.

Tova awoke to find herself on a soft bed wrapped in the embrace of a very hot, very aroused man. She opened her eyes and looked around the dimly lit chamber. "Where am I?"

"In my cave. You fell and hit your head."

She squirmed around to stare at the man, and it all came back to her—the climb up the mountain, the lightning storm, being guided to the cave, and falling in the tunnel. "Your cave," she repeated. "And you are?"

Why did his name sound so familiar? She studied the face just inches from her own. He was older than she, perhaps in his third decade. Long black hair hung down to his shoulders and his eyes were a warm shade of amber under straight black brows. Her gaze dropped to sensual lips above a cleft chin. He was handsome as sin and naked to the waist. A shiver traveled up her spine and her heartbeat increased.

Around his neck he wore a heavy gold chain with a large, luminous pearl dangling from it. When she reached out to touch the pearl, she sensed power radiating from it, from him. "It was you who guided me to the cave, was it not? I thank you."

"It was my pleasure, daughter of earth."

She smiled at the apt nickname. "I am called Tova Svensdottir."

"How are you feeling, Mistress Tova?"

She assessed the situation. Though she was warmer, her head still hurt and her energy was depleted. Self-healing would take a long time in this state. "Weak, a feeling I can ill afford."

"Where were you headed in such a hurry?" he asked, his voice casual. "What on earth brought you to my mountain?"

She hesitated, not certain whether or not to trust him. Mutti Zee's instructions echoed in her head. "I seek the Lord of Drakkenberg."

Kane raised his brows. "You have come to the right place, though the old lord is dead."

Suddenly, she realized who he was and scooted away from him. 'Twas just her luck to be rescued by the most feared outlaw in the land. "Please do not hurt me, Kane of Drakkenberg."

With a sigh, he rose from the bed, clad only in his breeches and hose. "I would never hurt you, Lady Tova. I am not the monster legend depicts me. Well, not entirely."

Lyndi Lamont is the racy alter ego of romance author Linda McLaughlin. Writing sexy stories gives her a license to be naughty, at least between the pages of her books! She has written several full-length novels plus numerous short stories and novellas, ranging from historical to futuristic. She believes that love is unending and universal, and enjoys transporting her readers into a different world where her characters learn that, in the journey of life, love is the sweetest reward.

So ....I have your next naughty read right here!!!  Just fill out the rafflecopter for your chance to win!!  Don't forget to stop by these other great blogs!!!
a Rafflecopter giveaway

The best mate is what ever that dragon wants.

I agree with Anne... another dragon shifter.

Nikki, thanks so much for having me on the blog today. This sounds like a fun blog hop.

thanks for the awesome giveaway! I'd have to say only another dragon shifter would do :)

It would have to be someone who could withstand the heat or be good at putting fires out. Another dragon or a fae maybe? Firefighter? Haha!

I think it would have to be someone feisty and equally stubborn. lol

I'd say just a kick ass female who could handle him! :)

Anyone who was feisty and could handle him or allow him to handle her!

Someone who is fun and sassy and can handle any person or situation.
lauratroxelatyahoodotcom

Me! Just kidding!
It would have to be someone with a stubborn streak, a mind of their own, independent. what fun would it be if the dragon shifter could walk all over them?!!

I think another dragon shifter or human but that would be kind of freaky....

Besides myself, hmmm, maybe a griffin or a phoenix.
Blueshedevil32@gmail.com

Any partner that can handle them ;)

I would have to say either another dragon shifter or a magical being with enough power to compliment him as an appropriate mate.
Thanks :)
Lori
lorih824 at yahoo dot com

i just love dragons. This is definitely going on my wish list.
Carolyn
j-coverholser at sbcglobal dot net

I agree with everyone else someone feisty, maybe a valkerie :).

A human who is feisty, strong, independant, fun, and a little stubborn.

either another dragon or a feisty stubborn human.

Dragonshifters are stubborn and tough so a mate would need to be NOT sensitive and able to hold their ground!

A witch or a strong princess.

This is a tough one, in Harry Potter there was an animal that looked like a Pegasus but with an eagles head. Darn if I can remember what it was called, but I think it would be a good mate

A strong human or another dragon would be perfect.
Thanks for the chance to win!

I think maybe a "New Mate" for the Dragon would be Chimera (kɪˈmɪərə)from Greek Mythology....

I would think that a Dragon shifter's mate would need to like heat and flying :)

I am thinking maybe a fierce and feisty dragon shifter. It takes a dragon to tame a dragon...

I think a Fairy or a Mermaid would do just fione as a mate;)!
redz041@yahoo.com

Think she would have to be a kick ass female but she would be caring with him.

Grandma to Twins + One said...

I'm thinking an ancient fae or vampire assassin...able to stand up to a dragon.

I think a dragon shifter or a human.

Dragonlord, or as matter a Dragonlady - someone who can order dragons. (idea inspired by Merlin tv series)

Thanks for great hop,
Adila (from Azerbaijan)

P.S. I hope I can participate since I usually visit the USA twice a year.

I have no idea...it'd have to be someone pretty tough and willing to put up with the dragon.