Are you ready for some naughty fairy tales?  Well I have a treat for you!!!  Nikki Prince has re-written some of our favorite stories into this time period, and has made them Just for adults.  Just the way I like it!!  It all starts off with Waking Beauty: 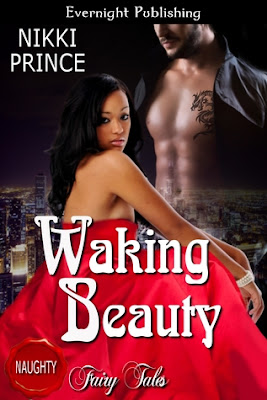 Aurora has thrown herself into her work to hide from the pain and emptiness she feels since she broke it off with Felipe.  He was the one man that could give her pleasure, but the cost of what he wanted was too much for this beauty to pay.  Her submission? Never!  But could she really live with giving up the only thing that made her feel alive?  I understood where Aurora was coming from.  This hot little number has quite an interesting outplay!!  Great before bedtime read! 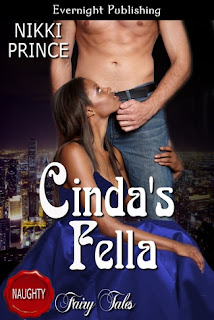 Once Upon a Dream, 2

Cinda A. Rella's life revolved around helping others. She's used to not getting what she wants, everyone else’s needs more important. She's spent her life taking care of her father, stepmother and two stepsisters. When her father and stepmother die, Cinda continues taking care of her stepsisters and runs from the only man who could give her everything she ever wanted.

Nicolai Charming is a Dominant used to getting what he wants, and he wants Cinda. Nico has the antidote for what ails Cinda, and he plans to make the fantasy he holds for them come true.

This was definitely a unique take on Cinderella.  You need to read them in order.  I started with Riding Red and back-tracked.  Nikki does an amazing job with the little twist she throws into the details of the stories!  The shoes, the rose, the cape, all were done brilliantly.  Cinder was hot to trot for Nico, but broke it off with him because family issues.  Now he is back and ready to claim what was always his.  This is a very ALPHA Prince Charming, and that is just soo sexy!!! 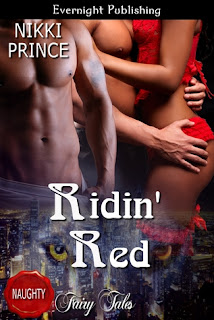 A race against biological time.


Used to a life of luxury, Anastasia Trumane has had the silver spoon ripped from her mouth. And she couldn’t be happier. Hard work fills her with unexpected pride, opens a world of new beginnings and hopefully redemption for her. But when she sees her old Dom Lucien Wolf, past hurt surfaces. Anastasia’s not ready for her world to be this open.
Lucien Wolf is a dominant who gets what he wants. He’s found his mate in Bruno Hunter, but their bond isn’t complete. They both need Anastasia. Years ago Lucien unknowingly started the mating bond with Anastasia. An unbreakable bond. One that would hurt them all if not completed.
Will Doc Fairee be able to perform his magic once more to bring these three halves together to create one whole before it’s too late?
One woman, two wolves, a triad forged in kink.

I laughed out loud because  Ana and Dru are the wicked step sisters in Cinderella.  Ana turns out to be little red riding hood and oh boy is SHE lucky.  She ends up with not one, but two werewolf mates.  I know I would be snuggling up hard.  There is some yummy m/m and some m/m/f  and I'm sure I can switch the letters around some more and say that too..lol.  This was a yummy addition to the series!! 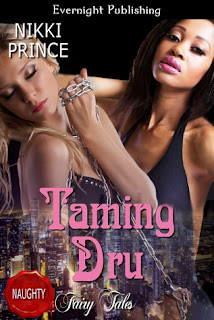 This is actually my first straight f/f and it turned out to be my favorite.  Since Dru was a wicked step-sister, her story just ended.  So this story was completely original. I loved the underlying message in it, which was Be True To Yourself.  No matter what freaky thing you are into, if it feels good to you, then go with it. Society has to right to dictate your happiness.  Only you are in control of that!!