The sexiness never stops ...even when you die!!!!!

Blood Avenged
I am everything you desire.  I am vampire.
Powerful and manipulative, Vasilije does as he pleases. A vampire beholden to no one, he takes what he desires, drinking deeply the pleasures this life has to offer.

When one of his own is staked, Vasilije must travel to to exact his revenge. There he meets Sasa, a beautiful woman who arouses him like no other has for centuries. Vasilije’s need for vengeance is equaled only by his passion for her, but what he finds in his revenge is just the beginning...
Excerpt:

Her hands slid over his stomach and chest as she arched up to kiss him. Bending down, his lips grazed hers for a moment before he pulled her closer, wanting what she offered.
Warm and wet, her mouth eagerly pressed against his and her tongue met his, teasing him with the tip. His fangs had slid into his mouth at the first touch of her hands on his body, and each playful flick of her tongue came so close, just missing them. To feel her tongue against his fangs would be heaven.
His hand tightened its grip in her hair and tugged, making her moan into his mouth. God, he wanted to hear that sound again. The sound of a woman needy for everything he could give her.
Sasa slid her hands over his shoulders and pulled him to her, pressing her breasts against his body as she devoured his mouth. Her tightened nipples rubbed against him, exciting him. Instinctively, he slid his hand under her thin t-shirt and plucked at one hardened pearl through her lacy bra, squeezing it gently between his thumb and forefinger as he cupped the fullness surrounding it.
Again, she moaned, making that sound that hit him directly between his legs. Already rock hard, his cock strained against the front of his pants. Whatever his mind may have thought about sleeping with her, his body had different plans.
And then her tongue flicked over the tip of one fang and sensations raced from his balls, up his cock, and through his body.
“Fuck,” he groaned as she seductively slid her tongue over his fang again. She had to know what she was doing to him. She had been a vampire’s girlfriend.
The idea that he was about to fuck the girlfriend of his dead vampire momentarily made Vasilije pull back from her, but the touch of her hands on his stomach made him forget every guilty feeling he had. Looking down, he watched her fumble with the shirt buttons.
“Sasa.”
At the sound of her name, she looked up and even in the darkness he saw the look of desire on her face. In one swift movement, he pinned her hands above her head. Pushing her up against the wall, he leaned into her and pressed his thigh between her legs, feeling the heat coming from her. Slowly, a low growl slid from his throat.
Vasilije is pure Alpha, so any woman expecting sweetness and rainbows has the wrong male. He's power personified, and he loves being in control. But he knows how to take care of a woman, so whoever captures this vampire's heart is lucky indeed. She just needs to know that as devoted as he is, Vasilije is a leader, and with that comes a world she may have to accept. If she can, she'll never find a stronger man than him. He's recently become single again, so now's the time, ladies. 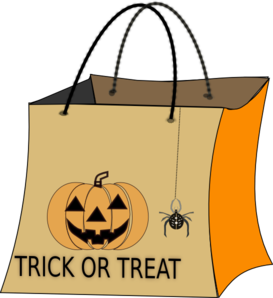 Gabrielle is giving away an e-copy of book 1 and some hot swag!!!
a Rafflecopter giveaway

I have this book and love it :) This is a great series

The book sounds great. definitely adding to my TBR.

Their charisma and loyalty.

The sexy mysterious vibe. Thanks for sharing the giveaways. evamillien at gmail dot com

Their drive to get the women that drives them wild like no other. After they find that one woman, no other will do.

The sexiest thing--the strength to protect and the immortal love--the whole eternity thing.

They usually have mesmerizing eyes

Their power and intensity is very alluring.

Thank you for sharing this post. I really love to read it. Keep on sharing this kind of post. Read more here: