Let's move on to some out-of-this-world sexiness....literally!!
Name: Noah
Age: 520 years old - but I don't look a day over 30
Race: SR44ian in a human body
Height/Weight: 6'8/270
Eye Color/Hair Color: dark brown hair. During the day, my eyes are black, after the sun sets, they glow a warm orange

The Sexy Lowdown: I am the reluctant leader of the Six Saviors, a group of Warriors sent to eradicate the evil of my race that was unleashed on Earth over two hundred years ago. I say reluctant because I really don't want the job, but none of my fellow Warriors have stepped up to the plate, so the job has fallen on me.
I'm focused and determined to get my job done, and I expect my fellow Warriors to take our mission seriously and not mess around.

As with any SR44 male, my biggest Achilles heel is my mate. If I were looking for a mate, I would be looking for a female like my mate, Abby. I need a strong female. Abby keeps me in line when my temper or stress gets out of control. I love a good whiskey, sitting with Abby outside at night - especially during a full moon cuddled up under a thick blanket, large dinners with my fellow Warriors and their mates, and snuggling up to Abby at any time she'll let me. 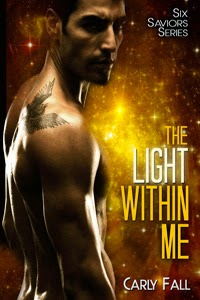 When Abby and Noah meet, there is an explosive attraction between them that neither can deny...

As a shy, awkward, social misfit, Abby has gone her whole life feeling as though she's different from everyone else and she simply doesn't fit in well with society as a whole. She longs to feel a real connection with someone, and she finally does when she meets Noah.

Unbeknownst to Abby, Noah is from another world and his sole purpose is to hunt down the evil of his people that was unleashed on Earth hundreds of years ago. He's certain he isn't going to be able to return to his home, and anger and the need for revenge are his constant companions. His focus has been eradicating the evil and making them pay for taking his life on his world away from him.

Noah tries desperately to fight his attraction to Abby so he can keep his focus on his mission. But when Abby gets dragged into the evil and mayhem from Noah's world, he realizes that maybe with Abby he can find a home here on Earth...if he can save her in time.
Buy Links: The Light Within Me is available for free at all major ebook outlets
Amazon: http://amzn.to/1fVqRGR
B & N: http://bit.ly/1h8HVbB
iTunes: https://itunes.apple.com/us/book/the-light-within-me/id543160460?mt=11
Excerpt:
She met Noah’s eyes and smiled. What she saw there surprised her. His eyes grew even darker, and the half grin on his face made him look endearing, almost like a little boy who had been caught stealing cookies and was sheepishly trying to get out of it. She held her breath as his hand suddenly grazed over her cheek, slid down her shoulder, and briefly squeezed her fingers.

“Goodnight, Abby,” he said quietly and turned back toward his car. As he walked into the sunset, Abby watched his large body move, feeling stunned. Her cheek burned where he had touched her, and she found her heart beating a little faster. She reminded herself to breathe. She loved the way his shoulders seemed to roll with every step, the way his long, strong legs carried him with a lethal grace.

She shook her head and tried to bring herself around to reality. If he could make her feel like that with just a touch to the cheek, she couldn’t imagine what would happen if he kissed her.

Trick or Treat bag prize info: One signed paperback of The Light Within Me, Six Saviors Pens and bookmark

a Rafflecopter giveaway
Posted by Unknown at 3:44 PM

color would be blue that nice color

Dark purple.
Thanks for the chance to win!
Happy Halloween!

My favorite color is blue so a dark blue alien would be pretty cool to see.

Red Heather is the new color for me. I think it would make a great color for an Alien.

aqua. just for something different. i've read about blue and purple aliens

aqua. read about blue and purple. time for a change!

Like a blood red or almost black color. But it could also be fun if the alien was colored like a mood ring and changed colors with his feelings.

A purple alien would be good. Thanks.
magic5905 at embarqmail dot com

Opalescent! It does, after all, have some basis in Earth biology, so why not aliens with color-changing skin?

I'd say purple, but that's probably because it's my favorite color. lol