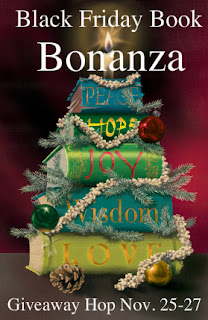 We are kicking off Black Friday in a cool way, with a bunch of giveaways of course!!  Welcome to CEWTNK!!  I hope everyone was sucessful in their shopping pursuits and had a Wonderful Thanksgiving!!  No on to the details!  Up for grabs today are 3 copies of Nowhere Arizona which have been graciously donated by the wickedly lovely Leanore Elliot. For a chance to win, you must be a GFC follower and leave a comment below with your email address.  But lets find out more about what you could win! :) 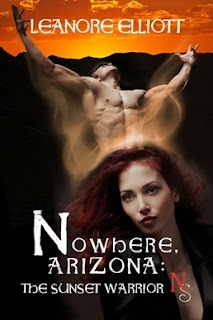 "Big deals and power suits was the life of Madeline Sayers. No love. No color. No life. Out of the ashes of a dying mothers' last request, she finds herself in the middle of nowhere. Nowhere, Arizona, that is. On her simple quest to return an item, she finds herself stuck in the desert. Out of the blistering heat of the sun, she sees Devon. Although in her eyes he is truly magnificent, she fears him. Will he make her tear down the walls that she had built around herself? The seduction is hot and the colors are bright in Nowhere Arizona."  "Aquatica Reviews" 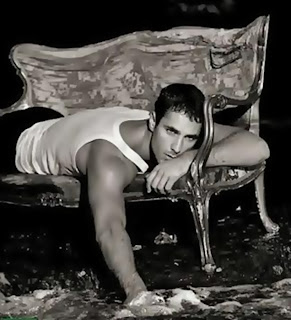 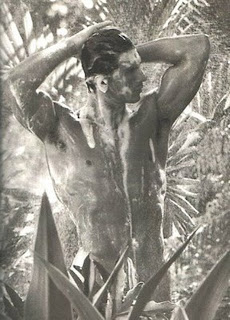 Watch Out For The Aphrodisiac Lightning Pool…
“Yep, you're afraid of me.”
“What?”
“You heard me.”
She balled her hands into fists at her sides. “Screw you! I don’t even know you, let alone…” Her words halted as he stood up in the water and stepped from the pool. Oh, dear God, he’s magnificent!
“Remove your clothes and join me, or I will remove them for you.” His eyes locked with hers.
“No one tells me—“
Cutting her reply off, he reached out and lifted her to his wet body. “I won’t repeat it.”
Madeline gazed into his eyes, mesmerized by the intensity of his words. He released her and stood back. Drawing in a breath, she tugged her T-shirt up and over her head.
When Seduction Is Not Enough….
She drew in a breath. “So, what are you going to do?”
“Seduce you.”
“That would be way too easy for you.” Madeline grinned up at him. “You already know I want you.”
Devon tilted his head at her. “But that’s not enough for me.”
“What would be enough?”
“I want all of you.”
Seduction Then, Turns The Tables…
He hit the water with his hand. “You have never listened!” The voice sounded like Devon's, but his skin grew darker and his muscles rippled in a strange way.
At the surreal transformation, she sat stunned on the ledge.
“You are not afraid?” His voice sounded strange as he glared at her.
She held steady, but her heart pounded in her ears. “No.”
Reaching out, he lifted her and raised her high. “You will be.” He gave her a chilling smile and stepped out of the pool, carrying her through the cave opening. He headed for the table, setting her in front of it. “You should have listened.” His words sounded clipped and thick.

Now You Meet The Sunset Warrior …
He stood with a towering height. A proud and impressive male, surging muscles bulged from his gleaming, broad shoulders. His bronze skin appeared sleek and deliciously smooth in the low light of the cave. His lean abdominal muscles rippled under the glow of the torches.
Madeline continued to stare at his physique and experienced an unwanted flushing, which coursed through her body. A savage Adonis stood on front of her, possessing an unbridled power to administer both pleasure and pain. Savage confidence emanated from his hunter-like stance. The dark slate color of his glinting eyes reflected an austere rage. He was Devon, but not the same Devon.
He applied his hot tongue to her tender skin. Her whole body shivered as he opened her folds with his fingers, placing his warm lips over her exposed clit.
“Mmm,” she moaned.
Sliding his hot, moist tongue over her with a rapid motion, he tilted her hips and spread her pussy open wider, his rigid, searing tongue plunging inside of her.
I want him to do it more! I need it! Her body shook terribly. No! Madeline fought her own body’s reaction, tossing her head back and forth while his tongue propulsion grew more rapid and the throbbing became a living bliss. Her leg muscles stiffened as she fought her body’s compelling need to give in to the heated, erotic assault. She inevitably lost the battle to resist as her body spasmed and her thigh muscles tightened. The heady orgasm rippled through her body and the room spun around her.
The satisfied brave withdrew his victorious, probing tongue and watched her climax. His intense gaze elicited a lurid wave of fascination in Madeline. An instinctive connection sparked in her consciousness, as if his eyes willed her to free her sensual being, willing her to give in to true ecstasy.
His warm, wet mouth latched onto her nipple, his skillful tongue circling her tender, aching nerve endings. The brave began his pointedly decadent oral journey with a slow taunting of sweeping licks and nibbles. Increasing the pace of his nipple teasing, he suckled harder and tugged gently at her rosy peak with his teeth.
“Ohh!” she mumbled with a helpless shudder.
And The Warrior Wants More Than Devon wanted…
Lifting her away from the wall by her hips, he shoved his hard, pulsing cock into her.
Madeline’s gasps grew loud in the cave as she leaned her body closer to him and rubbed her breasts across his bare chest. He pumped into her repeatedly, with a powerful intensity while tilting her hips forward for maximum penetration.
The absolute wave of rapturous splendor crashed over her, pulsating its way through her fevered body, and she escalated into a full orgasm. Her nipples pinched and ached for his touch, his mouth. Desperate for anything he wanted to do, she wanted to feel it all.
He studied the needy anxious expression on her face.
“Please!” At her plea, he lowered his mouth and sucked on one nipple while he pinched the other with his strong fingers. Harder! She screamed in her mind, and he tweaked them with a gentle twisting. Deeper, I need more of you!
She closed her eyes while imprisoned by the grip of the longest, most torturing orgasm of her life. Colors burst behind her closed eyes, and her body helplessly flushed hot and cold all over. With feverish greed, she tilted her hips forward to get more from the powerful pounding, thrusting back with an aggressive, rapid motion, losing control completely. Her orgasm finally slowed, and she vigorously panted from the intense ecstasy that entrapped her.
The brave adjusted his pace to her spiraling descent from ecstatic madness and ground into her with a slower, more soothing rhythm. Sweet relief washed over her as her body relaxed and she calmed. What is happening? Dizzy with satisfaction, she marveled at the splendid rapture while her lungs struggled for air.
His body tensed, and she jumped when the heat of his cum flowed into her. An exquisite burning fire swept through her limbs like the sharp scrape at the lighting of a match, igniting her entire body as it responded to his ejaculation. She helplessly reacted with yet another orgasm. “Ahh!” A euphoric jolt of astonishment bolted through her.
“My woman now,” he announced with a victorious tone, grasping her ass and squeezing her bare cheeks, tugging her closer to his hips.
The squeezing enhanced her orgasm while moisture seeped from her with an encompassing gratification and Madeline shuddered. “Yes,” she huffed breathlessly as her fifth climax peaked. “Yes!”
Want Another Sexy Peek At Nowhere, Arizona?
Map Directions To Nowhere:
Amazon
Barnes & Noble
ARE/ OMNILIT
NOWHERE WEBPAGE
Doesn't it just sound yummy?  LOL!!!  Be sure to hop on these great blogs as well!!
﻿
﻿
﻿

This book sounds amazing... count me in if this giveaway it's international
GFC: blackwolf
darksiry(at)gmail(dot)com

Thank you for introducing me to a new author; the book sounds most definitely yummy. Thank you as well for the opportunity to win it.

Leanore writes some great reads. I love her Beasts series. This sounds like another winner!
Thank you for participating in the hop! Would love to have this book.

Thanks for the giveaway.
GFC- Kara
klepard94(at)yahoo(dot)com

Thanks for the giveaway! I follow via GFC: Brenda Demko. brendem7@comcast.net

Holy smokes! My husband is gettin' lucky when he gets home from work just 'cuz of that excerpt, lol. LOVE it! Adding to my TBR list if I don't win!
Thank you for participating in the hop. Great prize!
GFC follower robertsongena

This book sounds awesome
gfc as Helen
helldog3 at aol.com

I've read 'Nowhere, Arizona: Sunset Warrior' and man, what a great book it is! Different from anything I've read before and steamin' hot to boot! I can't wait to read more books by Ms. Elliot.

I follow you on GFC (same name) Thanks for the great giveaway!

Wow! Great excerpt and can't wait to read it. Thanks for the chance.

Holy Shiznit I need me some more of that! Well, to read too! hahaha
This sounds awesome; love big, strong, confident men like this. And can't wait to read more. Thank you for the chance at snaggin a copy.
GFC: Sebrina C
Sebrina_Cassity(at)yahoo(dot)com

Thanks for the chance! Great excerpt and trailer. I added this book to my book wish list.

Sounds like a really good read. Thanks for the chance to win.

Hope this is international!!

I love Lenore's books, so a chance to win one of them is awesome.
Thanks for being part of the hop and for the chance to win such a great prize!

follow your unique blog by gfc - dayleb, vinci
thanks for the great book giveaway. too.
dayleb at telus dot net

Thanks for the giveaway !!!

Thanks for the giveaway and for participating in this blog hop! I already follow via GFC (MamaHendo3).

Thank you for the excellent giveaway. I'd love to read this one.

Thanks for the giveaway
GFC Follower - Leannz0r

Thanks so much for this giveaway:)

GFC - Gloria
Thanks for the giveaway! The book sounds interesing.

This sounds awesome! Thanks for the chance to win!
gfc- shadow_kohler
shadowluvs2read(at)gmail(dot)com

Thank you for the great chance to win! edysicecreamlover18@gmailDOTcom GFC Krystal Larson

Wow, would so love to win!! Thanks for the chance

I just wanted to thank Nikki for...Well too much, she honors and humbles me and she may be my #1 fan. (No, she's not a stalker) But if I needed a stalker, she would be the one I'd want!
I want to thank everyone who entered and to me, everyone wins.
Nowhere, Arizona was a book where I really got a surprise, the minute that warrior chained Madeline to a cave wall. I've written heat before this book, but the taming the warrior gave was stunning to me. I paused and sat for a long while asking myself: Is this the first BDSM scene you've ever written?
Madeline stubbornly surmises at the end of this scene: I still won't give in to submission. But...Damn! He can just hang me here everyday!
Giggle...

I agree! And yes...I do stalk leanore...muahaha....not only is she a terrific author but she is also a good friend! I ll have the winners up soon!