I'm officially extending Halloween because yesterday was so nasty! Today I have another book by T Lynne Tolles up for grabs.  Its Deadman's Blood!  Please check out the details after this fabulous guest post from T Lynne!!! 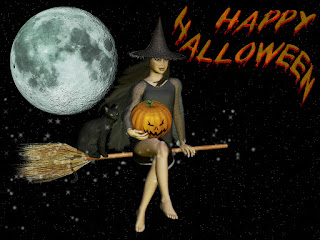 Though my books are not very creepy, or gory for Halloween fun, this is a scene is from Deadman’s Blood and it might make you jump:
There nestled snugly among the waist high grass and wildflowers she spied the potting shed. Its boards were bleached a gray-white and seemed in need of some attention.  It was nice sized, maybe eight feet by eight feet and had at least one window that she could see from her angle.  The rusty latch that held the door closed was stubbornly keeping access from her. With a hard tug and a bit of brute force it finally relented and opened. It was a spider haven. Webs were thickly spun and draped here and there with a haphazard pattern over most everything.
Darby looked like she was dog-paddling in the air as she made her way to a table where she found some leather gloves, a dusty old straw hat, a sturdy basket, and a trowel.  She grabbed these items and spied a shovel leaning in a ‘v’ between the table and the wall, and a window above shedding shafts of glittering, dusty light among the shadows of the shed. Just as she reached for the shovel, a weathered face appeared in the window, making Darby jump and squeal in her shock. She held her hand to her chest as adrenaline went rushing through her body.  She grabbed all her items and headed out of the shed to greet the stranger.
And below is a scene from Blood Moon from the series when Rachel Keaton casts a spell that brings her dead relatives corpses crawling out of the walls:
Darby was pleased with how things were going, being able to stop all the attacks, but she saw a look in Rachel’s face she didn’t like, and Sally turned her head quickly towards her sister as if in fear. Rachel raised her arms and started speaking so low that no one could make out what she was saying.
The ground started to shake and the ceiling seemed to moan and a horrific groan of what seemed to be displeasure came from the walls.  Dirt started trickling from the walls and holes started to appear.  A fleshless hand wiggled from the earthen wall and grabbed at Rowan’s tail, making her yelp.  Blake grabbed the hand and yanked at it, revealing an unattached arm still trying to grab at nothing but air.  He threw it across the room as more hands came through the walls, attached to arms and bodies, heads and legs.
Darby said, “Oh my God.  She’s raised her ancestors to help her!”
Sally looked around in horror as more and more relatives emerged from the stone walls around the room. There must have been twenty or more. The bony bodies lurched and drug themselves towards Darby, Devon, Rowan, Dean, and Blake. The vampires pulled them apart and the werewolves ripped them to pieces and still they came in relentless bits and pieces.  And all the while, Sally threw force fields and fire towards them while Rachel started reciting the incantation of the spell.
Overwhelmed, the vampires couldn’t kill the corpses coming at them, because there was nothing to drain, and the werewolves were tiring quickly from the ceaseless onslaught of mummified corpses and parts.
Happy Halloween to you all – Hope you enjoyed my little bits of creepiness.
Thank you Lynn!  LOL.  I always enjoy your posts!  Lets Check out Deadman's Blood! 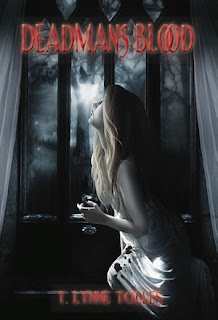 As the dust settles from the destruction of the Bloodstone Heart, a small scroll that had been hidden in the hearth of the altar room for hundreds of years, reveals a prophecy that seems to be about the Larsen family. While the group tries to unravel the riddles of the prophecy they also start to notice they've acquired some interesting new powers from the Bloodstone itself, some of which are going to take some getting use to.
Darby and Devon head to Ireland to set up house and get ready for their impending nuptials when Darby is asked to help cure the Summer Queen of the Everworld or the delicate balance of power between the Seelie and Unseelie courts will topple throwing the planet into a deadly ice age.
While at home, things take a turn for the worse when there's a tragic airplane crash, the Larsen vampires start dropping like flies, Bernard goes missing, and all the bad deeds dealt seem to point towards one person - the Dark Angel. What's so important about the altar room? Why are people dying in the name of this prophecy? Will the Larsen's survive these new tragedies? These questions and other deep seated secrets will be revealed in this final installment of the Blood Series.
I think it sounds awesome!  I'll be posting a review a little later today!!   Just leave a comment with your email address and be sure to say hi to T. Lynne!  She is also hosting an end-of tour giveaway on her site!  http://tlynnetolles.netfirms.com/blog/end-of-tour-giveaway-nov-13.html  Click on the link to check it out!!

A paranormal Ireland sounds exciting :) I also really like the cover.
Cambonified(at)yahoo(dot)com

Thank you Nikki, for hosting this stop on the tour. Hope you are thawing out from the snow! Have a great day!

I LOVE books set in Ireland, and this sounds like a really good one!! Hi, T!! Thanks for the awesome giveaway:)
jwitt33 at live dot com

Nikki, thank you for sharing about this awesome read today:) I would love to read Deadman's Blood and am heading over to put it on my wishlist and check it out further.

I just love this author, everyone and I have admired her for a long time. I have seen this book recently(I tagged and liked it at Amazon) and it looks awesome!
Hey T. Lynne, Wicked is waving at you!

I want to read more about the Seelie - I'm in.