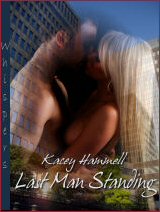 BLURB:
Over a decade has passed since Jaslyn "Jazz" Vanburren had her heart broken by her high school sweetheart. After turning thirty, Jazz finds herself remembering the past and tells herself to leave it where it rightfully belongs—behind her. In order to do that, she has to face the man who broke her heart. When he calls her out of the blue, asking to see her, Jazz knows her chance has come to show him what he's been missing.
But Jazz has another problem. Ryder Donovan—her best friend and her boss, the man who'd always been there for her, finally tells her like it is—he’s in love with her. Always has been and always will be.
Will Jazz hold tight to the past and the heartache she's lived with? Or will she embrace the future with the one man who has never let her down? Who will be the Last Man Standing beside her?
EXCERPT:
His head dipped, taking her mouth with his, his tongue plundering her mouth before she had a chance to draw her next breath.
Shivers rushed through her body. Jazz’s eyes closed and she gave herself up to him. What she’d been dreaming about for weeks didn’t even come close to the reality of his body against hers and his mouth feeding on hers.
Even her memories didn’t come close to the overpowering and immense feelings coursing through her at this moment.
Her body felt alive. Wrapping her arms around Ryder’s neck, she gave back. Their tongues tangled and battled. Licking and nibbling one another’s mouth, angling their heads from side-to-side, the building could have caught fire and neither would have noticed.
Her hands ran down his back, her fingers digging in, bringing him closer. Pressed solidly against the window, Ryder’s body against her front, Jazz was burning alive. Images of tearing his clothes off, pushing him to the floor, licking and biting each and every inch of him flew through her mind.
Determined to do just that, Jazz was surprised to hear ringing. The only things that should have been ringing in her fantasy were their ears after they’d both found release. But they hadn’t gotten that far yet.
Wait...
What was that ringing?
“Jazz,” Ryder pulled back, but still dropped tiny kisses on her lips as if he couldn’t let her go. “The damned phone. We have to…damn, you taste so good….”
Ryder’s body left hers and Jazz looked into his eyes. Heat and desire burned, his body tight, he looked ready to pounce at any moment.
The phone still ringing, Jazz walked to her desk on legs that felt like rubber. She didn’t know what to think. Her and Ryder…?
It was everything she’d fantasized about—and feared.
BUY LINKS:
Whispers Publishing - http://whispershome.com/romance/last-man-standing/
Amazon (Kindle) - http://www.amazon.com/dp/B004IAT98C/ref=cm_sw_r_fa_dp_VvYhob0CDANXH
Barns & Noble (Nook) - http://www.barnesandnoble.com/w/last-man-standing-kacey-hammell/1017482506
All Romance eBooks - http://www.allromanceebooks.com/product-lastmanstanding-8475-144.html 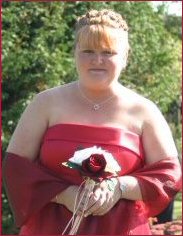 ABOUT THE AUTHOR:
Kacey Hammell is a self-proclaimed book-a-holic, who began reading romances at a young age and became easily addicted. With the love of contemporary settings, modern day romances and make believe happily ever after, and the excitement of suspense, Kacey creates her stories writing what she’s familiar with and what she loves most. Of course, those aren’t the only books she reads. Blood-sucking vampires who nibble the necks of the heroines are another addiction she especially loves, shape-shifters are sexier than hell and she’d loves the thought of her very own werewolf or were-cat to tame! Locked in her office, at her computer, she lets her lusty and exciting characters lead her through their trials and tribulations, their love and their adventures. Detectives, P.I.’s, lusty men, sassy and headstrong women all come to life in her heart and on paper.
Email - kaceyhammell@gmail.com
Facebook - http://www.facebook.com/profile.php?id=100002653925340&sk=wall
Twitter - https://twitter.com/#!/KaceyHammell
Blog - http://kaceyhammellkreations.blogspot.com

i love this page and the back ground i was thinking of joining your challenge
but i do not think it would be fair
desitheblone@msn.com

Thnx for having me on your blog!