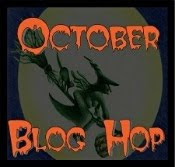 Welcome to the October Blog Hop, where you can visit new blogs, enter to win prizes, and have a great time!

At the bottom of this post, you'll see a list of participating blogs. Just click on each link, check out the prize, and follow the easy instructions to enter. You can enter on each blog, so it's possible to win multiple times. It's frighteningly easy.

On this blog, you can win an autographed copy of The Twelfth Paladin if you are in the US/Canada are or an e-book copy if you are anywhere else:)

To enter, all you need to do is:

1. Become a follower of my blog.

2. Leave a comment on this post and tell me why you'd like to win this prize. If your e-mail address isn't visible through your Blogger profile, please also leave it with the comment so I can notify you if you win along with if you are US/Canada or international. You can enter until midnight MST on Saturday night, October 15th.

That's it! You are now entered. Now please go visit all my friends on the list below. It's almost like trick or treating!


Hello and Welcome to CEWTNK!!  I am so glad you could hop by!  I have two other giveaways going on right now here that you are also welcome to enter. Just click on the link titles below.
Choice of Kiki Howells books
The Bridge of Deaths
Its Spooktacular Spotlight month on CEWTNK and Nora agreed to share with us a spooky story to go along with the fabulous giveaway! Take it away Nora!! 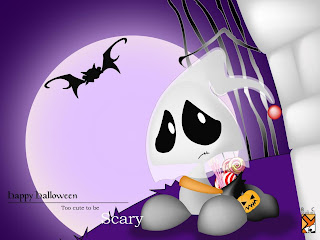 The Green Door
By Nora Weston
Three things I always knew...
Evil lives in many places.
I’m unlucky.
Never, ever knock on the green door.
Ah, but rules are made to be broken, especially on Halloween when logic snaps the thin line between life and death, between what’s real...and should never be. Typical of my nine year old feet, they trailed way behind my older brother who’d gotten stuck with Halloween duty. Jesse could be nice, maybe once every year or so, but Halloween always proved to be his night for mischief, which was super bad me.
“Hey, insect, hurry up. Come on, Nathan!” Jesse said running to catch up with his friends. “Or, maybe, I’ll leave your sorry excuse for a brother on Ruby Avenue.” Snickering, he hit Matt Jenkins in his shoulder saying, “Yeah, let’s do it...dare him again this year.”
“Ah, come on, knock it off. He’s just a kid,” said Matt rubbing his face hard enough to smear the fake blood he’d splattered on it.
Jumping into Jesse’s space, Miranda said, “Hey, stupid, remember three years ago, Brandon Kessler did it, but he’s never been the same, so...”
Grabbing Miranda’s dolled-up face, Jesse pressed hard saying, “So? Like I care.”
Pulling away from Jesse, Miranda’s friendly disposition abandoned her. Slapping Jesse’s chest, she warned him saying, “You do that crap to Nathan, and we’re done, got it? I mean it too.” Staring at him, her dark blue eyes shimmered with magical moonlight now set free on Halloween night.
I’d caught up to Jesse. Panting a bit, I leaned over. Just then, my cheap paper bag ripped open. “Oh, man!” Picking up my sugar treasures, Jesse clutched my favorite Steelers’ jersey. I threw my helmet on the ground and then shoved him. “Not the shirt! I want to go home. I hate trick or treating with you.”
“You’ll go home when I say so. And I say that will be...” A wicked cackle escaped Jesse. He held his stomach mumbling, “After you knock on the green door!”
Tossing her blond wig on the ground, Miranda stomped off. “Later! Don’t call me, like ever...Jesse.”
Matt followed Miranda. He didn’t even bother saying anything to my brother because evil had stolen any shred of decency that remained.
Peering down into my eyes, Jesse moved his long, brown bangs. “Let’s go.” His voice was deep...raw, nothing human remained.
My green eyes surely had filled with fright, and I knew my brother was lost. I also knew I had to knock on the green door. No! This cannot be happening! Where is everyone? Help...oh, my God, help.
As if Jesse could read my mind, he said, “No one is going to help. Move it.” He dragged me along like a dog all the way to 262 Ruby Avenue. Of course, he threw me to the ground. “Go on...just do it.”
Looking up, all I could think about were the rumors surrounding this horrible monstrosity, but the green door, scratched up and rotting, actually oozing a bit, beckoned me. I swallowed hard, praying this night would soon end. I can do this... Walking onto the crumbling cement steps, I noticed red smudges on them. Blood? No, no way. Then the black holes, where windows should’ve been, caught my attention as tattered, gray curtains swayed in and out. I swear someone...or something called my name.
I turned around as tears flooded my eyes to see Jesse eating my candy. He crammed it in his mouth like he was starving to death. “Don’t even think about crossing me.” He stepped toward me.
I ran onto the porch thinking I’d just get this prank over with. Pressing my ear to the door, I closed my eyes hoping to hear blessed silence.
What did I hear? An invitation so melodic it consumed every cell in my body said, “Knock thrice, enter this place, come one...leave a legion.”
Mesmerized, I did as ordered. Knock, knock—knock.
The green door opened. Freezing cold air whooshed by me as a decadent scent saturated my fear. I was pulled into the house.
The door shut as I heard Jesse screaming for me. “Wait! Stop, Nathan!”
Blacker than I thought possible, this beast of a house seemed dipped into time and space. Laughter, cries of anguish, and pain...attacked me. Slivers of insanity penetrated my soul as I tried to escape, but I could not move. The lawlessness that had tricked my brother had long left him to reside in me. I told you I was unlucky.
I’ve no idea how much time passed when the door opened. I was physically free to go, although I knew I’d never be the same. As I stumbled onto the porch, a sly smile showed itself.
Jesse ran to me, somewhat confused by the fact we were at 262 Ruby Avenue. “What is wrong with you? Man, Nathan, don’t ever worry me like than again! Are you okay?”
“Hey, we’re cool. That was a trip...Jesse,” I said walking past him.
“Yeah, right...then let’s head home, insect.”
“Insect?” Rushing back on to the decrepit porch, I clutched Jesse’s wrist like he’d done to my shirt. I squeezed hard knowing I could break bone. “We don’t like you. Don’t speak to us like that again. Understand?”
Jesse’s pale blue eyes about popped out of his head. “Um...yes,” he whispered.
That was thirty-six years ago. My mother tells the tale of our special Halloween night when two bickering brothers left to trick or treat and returned home the best of friends. Let’s just say, we kept my deep dark secret to ourselves. Evil really does live in many places.
I’m still trying to figure out how to get it out of me... 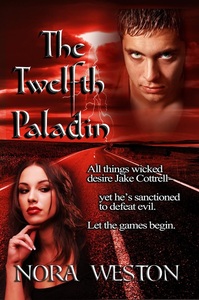 Jake slips far away from righteousness, outwardly proving Micah's judgment, by replying to a wicked email from next@hell.net. Forever a seeker of mischief, Jake dares hell to burn him. Hell agrees. Davis Travers thickens the plot by introducing Jake to Rachel Darnell. A temptress extraordinaire, she erupts from hell to steal Jake's soul. After a steamy seduction from the dark side, Jake is left spellbound.
With his soul dangling between heaven and hell, Jake soars on a blistering blacktop to escape the wrath of hell as he fights for redemption while transforming into the twelfth paladin. Feel the heat as you grab your precious soul and go for a virtual roller coaster ride into hell and back!


Doesn't this sound wonderful? Be sure to say hi to Nora and ask her some questions if you have any! She'll be in and out during the hop! My review of the book will be up soon!

Wow, looked this book up and it sounds really interesting. I'd love to win because I am a read-a-holic and am looking for my next score! Thanks!

I'm a new follower and your blog is so cool looking!

I'm always game for a book that comes recommended.

I'm a new follower, your blog looks so fantastic! I love it, and I would love a chance to win your give away book. It looks so fun to read!
dancin_deb2000@yahoo

This really looks like a good read. I would love to win it.

Thanks for the opportunity.

Hello! It's great to see everyone here. :) Thank you, Nikki, for hosting the giveaway.

In Michigan, October brings with it chilly night air, orange, yellow, and red leaves whipping around like crazy...and lots of Halloween fun. The woods behind my house now seem filled with otherworldly mischief, and my neighborhood is looking quite spooky, which is awesome.

Wow, glad for this Blog Hop, I'm enjoying looking around your blog.

Cool Blog! Thanks for the giveaway! Im following you back now!

Hi Nikki...you know i'm already stalking you right? lol! But I would like to win the book because I love the blurb you put up & I want to read more ;)

Hi, ya! Back to share a yummy Halloween link.
Hope everyone is having a great night. :)

I would love to win this book because I have heard terrific things about it and it looks great!! Thanks for the giveaway:)

Hey! Another great hop and giveaway! Took a quick peek out on Amazon and this book looks like a really good read. Nora Weston is a new author to me, so I'd really like to get my hands on this one!

Wow! This blog is looking great!! I love the spider webs and the spiders! I am going to grab your badge cause i love it and i want a little piece of your place at my place. Plus i love me a werewolf. Sign me up for the giveaway please!! Nora is so great and this book looks like a must read!
Cambria

Oh, Cambria...speaking of spiders, my daughter and I saw a house today decorated with gigantic spiders. I mean so huge the creepy crawlers looked like something from a science fiction movie. So nice to see you here! :)

Also, The Green Door is based on a truly frightening house that existed a long time ago in my childhood neighborhood. To this day, I've never seen a house look so haunted.

Anyone else live near a haunted house? If so, do tell!

I would love a chance to read this. It sounds awesome
helldog3 at aol.com

it sounded interesting then i saw the cover and wow it looks way interesting! id love to read it! nightsky1102(at)gmail(dot)com

Who wouldn't love a book. lardobastian at gmail dot com

Your blog is amazing!! I'd love to win this book because it sounds(and looks!) really hot! Thanks!

I'm FOLLOWING!
And I want to win this book cause Nora is SUCH an awesome person and it's autographed and I want to read it and I love the look of your blog....and do you really need more? :)

Thanks to everyone who entered, and Happy Halloween! :)