Today I have a special guest post from a very sweet and special author, Regan Black!  Everyone give her a warm welcome!!!  She has graciously offered up a some books to giveaway!!  It goes as follows:
1st prize:  The entire 2096 book set (5 books)
2nd prize:  Your choice of 1
3rd prize:  Your choice of  1
4th prize: Your choice of 1
So we will have 4 winners!!  Lets check out Regan's post and short summary of the 2096 series:)  Take it away Regan!! 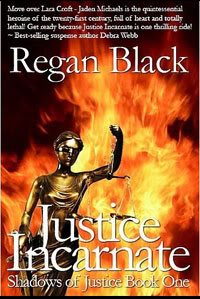 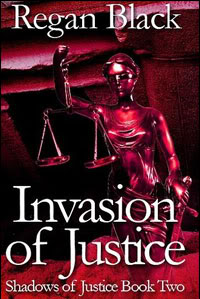 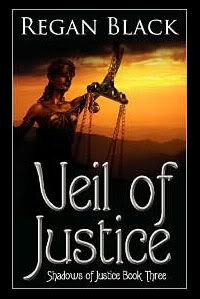 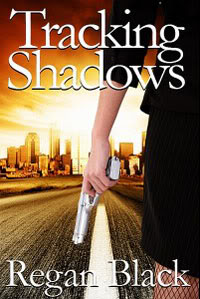 Click here  http://www.reganblack.com/buy-paranormal-romance-books-by-regan-black/
to read more about these great books!!  So all you have to do is be a follower of my blog, and comment with your email address!!!  Good luck!!!

Seems interesting, it's a new discovery for me but i think i will like it a lot
thanks for the opportunity to win

Hi miki! Thanks for stopping by and checking out the series. Have a wonderful holiday!

This is a wonderful post and a great giveaway! Thanks for introducing this author to me.

I am a fan of the series...Regan your books are wonderful. I have not only been fortunate to read them but I have reviewed each and everyone. As the Review Chair for the Paranormal Romance Guild....It does have some perks!!!! Keep them coming!!!

Sandy, thanks for visiting and entering the giveaway! I'm glad you enjoyed the post and it's nice to 'meet' you too! ;)

Gloria, it's always a pleasure to have your support when I'm out and about on the Internet. :) You can bet there will be more books for you soon...

HI Regan
*waving at you*
Congratulations on the release of Mira's story. I' sure it will be as great and interesting as the previous four books.
btw how many more will thre be?
I'd please like to be entered in the giveaway if that's ok.

I've heard of Regan before, only good things!!, but I've never read any of her books. I am definitely going to rectify that problem right away! The books definitely sound like something I would enjoy, and I can't wait to start reading them! Thanks for the awesome guest post and giveaway:)

Daniela! *waving back* Thanks so much for dropping by. I've been thinking about you as I prepared for the Shadows to Light release. Of course it's okay if you enter! Good luck in the giveaway and best wishes for a wonderful holiday!

Nikki! You have Regan on here! I love this girl! She writes intrigue with such flair and her women heroes kick ass!
Wicked is waving at you both.

*waving back*, Wicked! Thank you for being here! Hugs!

Hi, Regan!
How are you? I hope you're having a fun and cheerful holiday season..I was so glad to see that you were posting, because it gives me a chance to plug Justice Incarnate. For those who have not read this series, must start ASAP! I have not read a book that is so original in a very long time.
I have the rest of the series queued up and ready to go on my nook, so you don't need to enter me in the giveaway, however, if you can figure out a way to give me time, y'know like some extra hour or two so I can read, I'd be most appreciative!
All the best for the New Year,
Mara
msmjb65 AT gmail DOT com

Hi Regan! Great interview and i have started into this series and it has been wonderful, I'm so hooked! I appreciate your work truly because it is awesome. Thank you for the blurbs they have me even more interested in the rest of the series. Please enter me. All the best for the season.

Hi, Mara! Wow, thanks for that endorsement! I'm so glad you like the series. As for the extra hour or two for reading... I'll dash a note off to Santa on your behalf, right now! ; )

Hey, Criss! Thanks you so much! It always makes an author smile to hear a reader is hooked!

Best wishes to you both for a wonderful holiday!

wow, this post made me discover books that I'm sure I'll love it!!!! Thanks!

Thank you for the taste. Loved it!!

I've just recently learned of these books, and this amazing author, and ever since, I have had her books on my TBR list! Thanks for the awesome post and giveaway:)

This is a new author for me...I can't wait to check out the books!

@Reading mind, thanks for stopping by - I love to be 'discovered'. lol

@Marybelle, I'm so glad you loved this bonus scene with Julia. It was a fun scene to write.

@MyFavoriteBooks, glad you like the giveaway. Thanks for stopping by and entering.

@Kristina, it's good to meet you!

Good luck to everyone and happy holidays too!

Great giveaway. This is a new author for me and the books sound interesting. I'd love to win. Thanks for the opportunity.

Am a follower
WildAboutBones at gmail dot com

Aah, your blog is fantastic! These books sound very intriguing! Thanks for doing this giveaway!

Would love to read the books!
mcv111@hotmail.com

Happy Holidays & thanks for the giveaway!

@WildAboutBones, @Jessica, @mcv @BookAttict,
Thanks to you all for stopping by! Best of luck in the giveaway and happy holidays to you all!

Don't know if it is to late to enter or not but the books sound great!

Regan is a new author for me. These books sound really interesting. Would love to win one. Thanks for the giveaway.

Sounds like a great series I can't wait to get ito it!!!

I have this series on my wish list; I can't wait to read it.