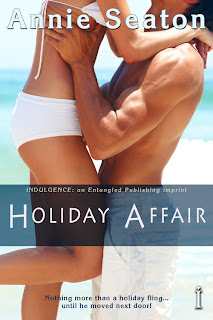 Writing the alpha male...
Sigh... what a great job. Who wouldn’t love to sit in a comfy chair overlooking the ocean dreaming up dream men!
So what is an alpha male?
Nick Richards, my hero in Holiday Affair embodies many of the characteristics of a true alpha male.
Nick is a natural leader with huge confidence in his abilities whether it is ocean sailing, running a university faculty or doing his research in exotic locales. He is a good problem solver until he comes head to head with his feelings for Melissa McIntyre—then his intellect tells him one thing, but his heart runs a mile! He is a high achiever in his chosen field and wealthy enough to do what he wants and go where he wants. Alpha males learn and grow from their mistakes and this is what makes them such great leaders.
They are not overly emotional, although Nick does apologise to Lissy for a bet gone wrong where he comes off as a bit of a male chauvinist. His emotions run deep but he prefers not to talk about them.
He is active and adventurous—he sails, surfs the big breaks, scuba dives, paraglides and climbs volcanoes! His physical characteristics are imposing—he is tall, tanned and strong, with a roguish grin and is hotter and sexier than your average man.
Nick is goal-oriented and does not intend to fall in love. His research and his adventurous life are what he wants out of life. However in his second meeting with Lissy, ‘Nick wanted her with an intensity that shocked him.’
But underneath it all, for me the best moment is when the alpha male opens up and shows his sensitive and caring side. That’s when the romance really kicks in for me. Sigh...

Staid professor Lissy McIntyre believes that choosing a mate should be based on common sense, not runaway passion. And she would certainly never pick a rolling stone like Nick Richards for long-term love. But a red-hot, tropical romance? Oh, yeah. He’s got a body just made for sinning and his sizzling kisses leave her senseless.
When Nick blows into town, he’s stunned to discover that his no-nonsense new neighbor and co-worker is the same sultry creature he seduced for one night of forbidden island pleasure. He’s unaccustomed to staying in one place for long, but he just can’t seem to keep his hands off the multi-faceted woman. Will Nick break loyal Lissy’s heart or will she be the one woman he simply can’t walk away from?
Find Holiday Affair on :
Goodreads :
http://www.goodreads.com/book/show/13551031-holiday-affair
Amazon :
http://www.amazon.com/Holiday-Affair-ebook/dp/B007KTECCQ/ref=sr_1_cc_1?s=aps&ie=UTF8&qid=1349372674&sr=1-1-catcorr&keywords=9781622669066
Barnes & Noble :
http://www.barnesandnoble.com/w/holiday-affair-annie-seaton/1109560002?ean=2940014340441 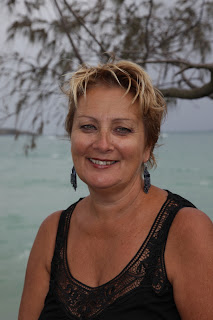 About Annie Seaton :
Annie Seaton lives on the beautiful east coast of Australia, where she loves sitting in her writing chair, gazing at the ocean and writing stories. She has always been fascinated by all things historical and has found her niche writing contemporary romance and steampunk, where strong heroines and brooding heroes fight together to make their alternative world a better place.
Her debut novel, Holiday Affair, a contemporary romance set in the South Pacific was released as part of Entangled Publishing’s Indulgence line in March. The sequel Italian Affair is currently underway Watch out for the story of Tom and Brianna the sex therapist who spices up his life!
Winter of the Passion Flower was released through Lyrical Press at the same time. It is also available in print from the Books page of Annie's website. Currently immersed in the creation of Book Two, a full length novel, the adventures of Sofia and her Scottish laird, Annie is already looking forward to the rest of the series, particularly the adventures of Indigo’s four boys: Jago and Jory, Ruan and Kit. Strong sassy heroines and
rebellious heroes have a rollicking good time as they work to make the world a better place--
albeit their own steampunk world.
Blind Lust, a paranormal novella will be released by Musa Publishing on 15th June.
Find Annie on :
Goodreads :
http://www.goodreads.com/author/show/5779458.Annie_Seaton
Website :
http://www.annieseatonromance.com
Twitter :
https://twitter.com/annieseaton26
Blog :
http://annieseaton.blogspot.com
Interested in winning a copy?  Just fill out the rafflecopter below!!!
a Rafflecopter giveaway

I lead a boring life, I guess. No hot holiday affair here.

Never had one but want this one.

Sort of had a holiday affair that only lasted a couple months after we both went back home to different continents.
ivegotmail8889(at)yahoo(dot)com

I met my husband on vacation so I guess you could say I had a holiday affair that has lasted 18 years! Thanks for the giveaway!
kpg813 at gmail dot com

Sad to say I've never had a hot holiday affair!

I've had a vacation affair, but not a holiday affair!
catherinelee100 at gmail dot com