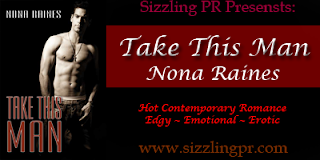 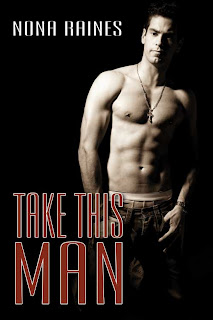 The biggest mistake of Elyse Zemanski's life was falling in love with Adam. When a night of sexual fantasy went too far, she was crushed and couldn't leave town fast enough.


The biggest mistake of Adam Vostek's life was letting Elyse go. He'd been afraid of the love she promised, and pushed her away—into another man's arms…and bed.


When Elyse returns to Summit to help a friend, Adam wants a second chance to prove he’s worthy—in and out of the bedroom. She claims she's over him but one look from those smoldering eyes, and she throws caution to the wind. Elyse offers him seven days of wild sex, hoping to get him out of her system.


Adam's good to go on the sex. But will a week be enough to win back Elyse's love and trust?


Buy Links: Barnes and Noble / Amazon / The Wild Rose Press / All Romance ebooks
Nona Raines became hooked on romances when she first picked up "The Flame and the Flower" by Kathleen Woodiwiss (and she's not telling how long ago that was). Romances may have changed since then, but her love for a good love story has not. She's been writing off and on for years, but it was only when she joined the Central New York Romance Writers Association that she finally gained the support and confidence she needed to complete a manuscript.


Nona lives in upstate New York with her many pets and is currently working on her next novel. A former librarian, she enjoys reading books of all genres and discussing them with others. She is thrilled to finally be able to call herself an author and looks forward to hearing from readers.


They got as far as the parking lot before Adam dragged her into his arms for a kiss. Crushing her against the passenger's door of the truck, he nudged her belly with his rock-hard erection. Elyse dug her fingers into his shoulders to keep her wobbly legs from sliding out from under her.


His velvety tongue stroked hers—he tasted sweet and minty. Her own tongue played inside his mouth to catch more of the flavor. In a fog of lust, she rocked her body against his cock, teasing him. The heat in her belly was now a bonfire showering her with sparks. Her lips, breasts, and pussy were all aflame.


Someone cleared his throat nearby, and Elyse fell back to reality with a thump. An older couple passed nearby, the man glaring at them with disapproval, the woman trying to hide a smile. She flashed Elyse a wink over Adam's shoulder.


Adam pulled away with a groan. He opened her door and practically tossed her inside. In a blink, he was in his seat, giving her a searing look. Then his shoulders shook with laughter. “You're always getting me in trouble in public.”


“It's your fault,” she told him, her hand creeping to his thigh.


“Oh, right. My fault.” His large hand mimicked hers, resting on her thigh and gliding under her dress. She purred and adjusted her legs, opening to give him better access. His fingers skimmed lightly along her skin—now prickling with goosebumps. Meanwhile, Elyse stroked the bulge in his pants lightly, teasing him with her thumb.


Her breath slowed as he played at the juncture of her thighs, toying with the elastic of her panties. Her clit tingled, she was so close. She grasped Adam's fullness in her hand and he hissed. Then he snatched his hand away and removed hers, placing it safely on her seat.


Elyse moaned in frustration. “No fair.”


“Too many people here.” He spoke through gritted teeth. He turned the key, started the ignition. “My place.”


She pouted, even though she knew he was right. Shifting on her seat, she suppressed a groan. Her pussy was so wet and her clit so tender, it was agony to move.


He glanced at her as they pulled out of the lot. “You all right?”


“No,” she muttered. “I'm dying. Hurry, get us there.” She pressed her thighs together, but that just made her more aware of the throbbing.


Pulling her dress to her the tops of her thighs, she gave him a sultry look. She needed to torture him a little. “I could play with myself, take the edge off.”


“Don't you dare.” His voice was thick. “I'm the only one who's gonna make you come tonight.”

Kesley had been searching for someone to love her all of her life.  Abandoned at a young age by her mother, never knowing her father, and raised by her grandmother who at best was civil, she yearned for a love to call her own.  She thought she had found that love in Adam, until he betrays her trust and breaks her heart.  The book starts off with Kesley leaving Adam, and the town she grew up in with the help from an unlikely friend.  He too was running away from a man that betrayed him.  They find a mutual friendship together, unbeknowenest that 2 years later they would have to return and face their past.
This book was about different kinds of love and how two people that had been betrayed all their lives can finally find peace and love with another.  I only wish Jason had found peace as well.   This isn't your typical love story, but it runs on the scale of a realistic one, rather than an ideal one.  It also contained some smoking hot sex scenes!  I would definitely read another book from this author!!