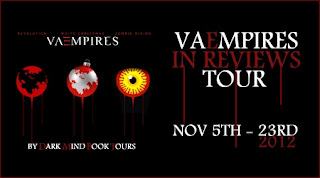 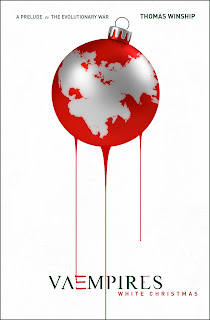 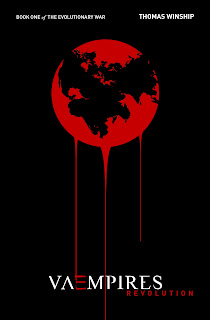 I liked the new spin that Thomas has created on vampires. Can you imagine a vampire sub-species? A mutated vampire that was faster, stronger, warm-blooded, with extra powers , and that survived only on vampire blood. In this world, Vampires are the dominant species. They have created a blood-like replacement for vampires that not only allows them to eat regular food, but also eliminates the need for human blood and enables them to have children. This however, comes with a price. Several of the children are mutating into something else, this sub-species I have described. They call themselves Vaempires and in their minds, they are the new dominant race.

So our story begins with the Vaempires throwing the world into chaos. They have begun a world-war to establish themselves as the new dominant race on the planet. The had well-planned and coordinated attacks launched simultaneously on all the major cities. They eliminated the human and vampire leaders with the exception of the princess. I'm not sure if the new race of Vaempires with choose to mimic any of the vampires because some have shape-shifting abilities. The were unable to locate the head of the queen, which is suspicious and for some reason I have noted that unusual detail..lol.

Cassandra, the princess, is kidnapped by a vaempire she grew up with and dated for a while before he mutated. She broke it off with him because of his personality shifts and the fact that she didn't love him. Her heart had always belonged to Daniel. But this particular vaempire is a reader. Cassandra has information about the nucs that he needs. The Vaempires plans include wiping out the humans and enslaving the vampires. In order to do that they must uncover the secret nuclear warheads stashed all over the worlds. But the vampires had prepared for this. They had backup protocols just in case security was breached. But when they realize they have been activated and the princess's information is useless, will they kill her? Or hold her for ransom?

This was an extremely interesting story. I strongly suggest that you read the prequel to this story. It gives you a lot of details that help in understanding both sides of the story and where all the feelings between the teenagers are coming from. I enjoyed the concepts in this book immensely!! 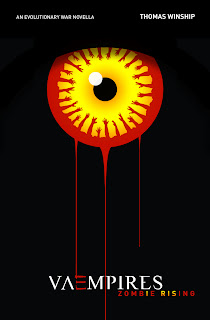 The tale of the Evolutionary War resumes in Væmpires: Zombie Rising.

Væmpires have taken control of twelve major cities. Their leader, Vielyn, seeks the atomic weapons that will bring the rest of the world to its knees.

Vampire forces are reeling. As Linq and Ray race to the royal estate to rendezvous with Cassandra and Daniel, the princess is captured and Daniel falls.

With the fate of world shifting to their teenage shoulders, Linq and Ray must deal with tremendous losses while battling a most unexpected—and undeadly—new foe

We begin this book with a little re-cap from the other two, just in case you are starting with this one.  The cool thing about the whole series, is that it could be read in any order.  I really enjoyed this series.  It was a different take on the whole vampire mythology that we know about, with an added twist of a mutant species branch off/  After the re-cap, we kind of back-track to Linq and Ray.  The cool thing about this round-about way of writing is that you end up knowing what everyone is thinking IF you read the entire series.  I enjoyed this series immensely and can't wait to read more from Thomas!  Excellent reads!!  I give the series as a whole: 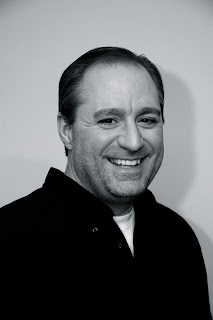 About the Author
Thomas Winship lives in New York.  He currently serves as MBA Director for St. Thomas Aquinas College, where he also teaches courses in English Composition, Communications, and Business. Prior to this, he spent fifteen years working for a global pharmaceutical company, specializing in organizational development, talent management, and training.
Tom writes in his spare time. His first novel, Temporary Insanity, was a 2008 finalist in a national contest but failed to garner industry attention. Væmpires: Revolution, his second novel (first in the Væmpires series) was published in October and Væmpires: White Christmas followed in December.
He is an avid collector of books, comic books, music, and movies. His interests are diverse: on any given day, Tom is likely to be found watching a horror movie, attending a hard rock concert, or enjoying a Broadway show.

Thank you so much for the awesome review and for hosting me once again, Nikki!