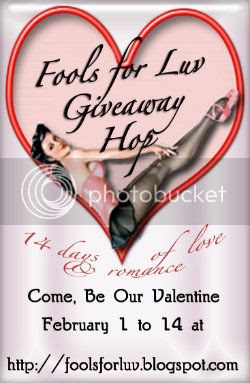 Hello and Welcome to this stop on the Fool's For Love Blog Hop!!  A big thank you to our hosts Steph at Fangs, Wands and Fairy Dust And Dana at Readaholics Anonymous !!   So what can you win here?   How about a delightful new book by a talented new author....and some chocolates!!!! 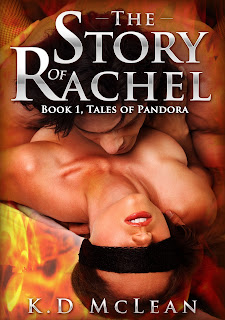 Rachel Collins is praying. And not for world peace. Thirty six years old and single, her prayer is self-centered. "Kill me now, Lord," she pleads during her latest attempt to meet Mr. Right via the internet.

She’s not hoping for a billionaire or even a millionaire, just a guy who can strike a spark to her tinder! Is she asking too much? She's a great gal! Just ask her parents! She might be a bit naive about some things, but capable enough- she's a correspondent for a major magazine, after all. So there!

On assignment she meets Michael, 42 years old, also a writer. The attraction is immediate and intense. Rachel, who sees vanilla as only a baking ingredient, enchants him. Michael can whip up some pretty hot delights himself, outside of the kitchen. He introduces a curious Rachel to powerful experiences of sensuality. Her Ladylike sense of propriety engages in a running battle with her now sparked Tinderbox desires.

Michael is an excellent cook and knows how to turn up the heat. Sampling the flavors offered, Rachel experiences humorous hiccups. On a date, Michael ramps up the risqué, resulting in a memorable skirt swirling salsa dance. Rachel's "What the hell, I ain't getting any younger" attitude spurs Michael to take her to the exclusive, adults only club Pandora's. Here, Rachel witnesses even more variations of earthly delights, and begins a lifelong friendship with another guest.

Michael is a realist, convinced that within 90 days, his affair with Rachel will be but another painful memory of loss. He is neither willing nor able to yell 'Geronimo' and fall for her. He can't, and that's that.

Maybe he should just get a damn dog.

This modern, urban, grown up love story is a recipe –three cups romance and one cup of slapdash humor. Blend in spices of eroticism, and beat until smooth.
Sneak a look inside:
He’s taking me home! Back to his castle to ravish and claim me. Ohmygod.
She gazed at him with bare longing in her eyes. Naked longing. She had never experienced desire like this. Was it because he was controlling the moment? Normally she directed where, when and if a date ended sexually. Now here she was, lusting for his touch. LUST! Yes, that’s what I want? God yes!
He released his hands from her hair, to hold her face, while he softly kissed her. After a few moments he pulled her body close and they turned to go back to the main street. Still holding his arm around her waist, he flagged an approaching cab. Rachel stepped into the cab and he settled next to her.
"Where do you live Rachel? I’ll have the cab drop you there first."
WHAT! I’m not going back to your castle and you’re not coming into mine? Rachel was astounded. How could I have misread that one?
"218 De Grassi" she said.
"Do you have a business card Rachel? I’d like to call you tomorrow. Maybe we can get together for dinner again, if you’re free?" He asked holding her hand, stroking it with his thumb.
Ladylike squirmed out from under Tinderbox and shook herself slightly – never know what germs THAT one has. Ladylike was at the wheel now.
She fished in her purse and located a business card. "Sure. That sounds good. Here you go. Where’s mine? I mean yours I…" Great. Now she's flustered.
Michael reached into the inside pocket of his jacket for a business card. "This is what you’d like, right?" He said with a grin.
Yes, and I can think of a few other things. Tinderbox sighed wistfully.
"Thanks." Rachel replied.
The cab pulled up in front of Rachel’s building and she got out after Michael. He escorted her to her door and kissed her softly. "I had a great time Rachel. I’ll talk to you tomorrow."
She smiled as she opened her door, turning slightly to watch him get back into the taxi.
Well…that was a night! Thank you gods of dating. A little weak in the knees, she climbed the stairs to her apartment. 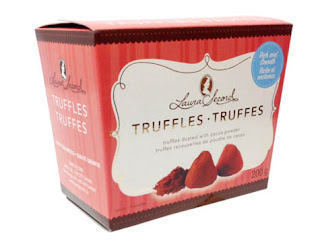 So what do you have to do to win?   Just fill out the rafflecopter and hop on the other great blogs!!!
a Rafflecopter giveaway

What do I see....I see my BFF with a tall well built man tied to her bad...face down and she is snapping her whip, but not on him just yet. She turns and see's me and smiles and invites me to help her 'tame' him as she knows I like to give a good spanking to men who deserve it.

she is calmly restraining him with a boot on the neck having just knocked him to the ground.

she is calmly restraining him with a boot on the neck having just knocked him to the ground.

my friend is take charge out of the bedroom so she would be on her knees with her hands behind her back waiting for orders.

She is picking out what toy to use

YUM! My BFF would possibly be makuing her husband clean up his desk. Torture for him, ecstasy for her!

Thanks for your participation. Steph

She is laying across her husbands knees as it spanks her with his bare hand. One cheek is bright red and he has just started in on the other.

Gah!!!!
I wouldn't know because I wouldn't enter. I knock on my parents' door or ring their bell before entering.

Well I don't think I would walk in on my BFF b/c we don't just walk in we knock but I could see her with her man handcuffed to the bed and whip in hand.

She'd be the dom so most likely standing over her man with a paddle while he's cuffed to the bed blindfolded!

sorry to say, I always knock so all I would see is him cleaning!

She is tied up on all fours, waiting for the Irish man behind her to make his move.

No one even gets close to any door in my house without the barking trio making the loudest noise possible which would just ruin the moment...lol

Thanks for the giveaway blog hop.

Since my BFF has a loud little doggie, I would not be able to sneak up on her, but she would be on her knees awaiting orders. Thanks for being part of the hop and for the chance to win. <^_^>
reneebennett35 (at) yahoo (dot) com

She would be gaged, blindfolded and on her knees waiting to be spanked.

This did happen to me . My friend and her boyfriend were making out and they covered-up ,as soon as they saw me in the doorway. Boy, was I embarrass. :D

Guy is handcuffed and blindfolded to the bed as she gives him a BJ. That's my girl! sdylion(at)gmail(dot)com

She is making me wish I was in her place...bent of the knee of her Dom getting a good spanking.
Mel
bournmelissa at hotmail dot com

She has her hubby tied to the bed, spread eagle and is using a fur lined paddle to spank his inner thighs.

My Bff would be spanking her hubby while he is tied to the bed ;)

she is strapped to the bed while her husband is using a thick leather flogger to pink her skin.

Well, you guys realized I didn't mean Bed/Dresser/Sockdrawer/Makeover
eh?
:)
Now is it just me, or is it getting (((WARM))) in here!

Thank you so much for inviting me to participate in this with my book. I want all you posters to know that this is my very first time guesting on a book lover's blog hop!

I was nervous as a cat when Nikki invited me- I'm not kidding. These things are so much fun! And thank you all for the kind welcome!

Hugs to all
KD McLean

shes got her lover blindfolded and tied to the bed of course! thanks for the fun images that are now in my head ;)

P.S. If my any chance I win, I'll coming to the USA in April.

She´s spanking her hubby =) *rawr* while he´s painted in chocolate.
Thanks for the giveaway & Happy Saturday!
//Linda
fr_larsson at hotmail dot com

Hmm... First I have learned my lesson from investigating noises...

I walk up the steps and notice the door is ajar with a dog standing gaurd beside it. I see that her husband has her suspend from the ceiling tied in the make shift swing appartus and giving her a work-up with the paddle.
I quietly turn around to leave and return to the kitchen to give a moment of privacy. I locate a pad of paper write a note for my friend to call me later.

She is tied, blindfolded, to the bedpost with her husband behind her spanking her with a paddle.

She's tied to the bed face down while the guy behind her is spanking her.

I don't know because I just turned around & left her to it.

She has a man handcuffed to her bed and has a whip in her hand.

Thanks for the contest!
forettarose@yahoo.com

Ok that would be my bff spanking her husband with a brownie batter laden spatula...lol

Hi!
Seems like a lot of ladies here know that the term vanilla refers to more than a baking ingredient, as opposed to Rachel Collins. It's nice to see you gals have a great imagination - this is imagination....right? never
mind.

My bff would be laid on the bed while having candle wax dripped on him and being whipped.

My BFF would be blind folded, handcuffed, and writhing with passion.

Let's see, she'd have a beautifully built man in a kilt cuffed to her bed while she held a very long feather in her hands . And he's laying there smiling at me while she holds out the feather to me, enticing me forward. lol
Awesome. :)
Carol L
Lucky4750 (at) aol (dot) com

thanks for the giveaway
pademe_lee@yahoo.com

I think maybe whips and blindfolds would be involved. Thanks for the giveaway!
thompsonem3 at aol dot com

She's getting a good hard spanking!

She's getting a good spanking and loving every minute of it!
Ashley A
ash_app(at)hotmail(dot)com

Well....if she is like me (since she is my BFF she most likely is) she would have her sexy man tied up and is dripping red candle wax onto his chest. He would be blindfolded and unable to see where the hot wax would land next!

She's tied up and her behind is very very red.

she is standing over her lover dressed in leather and a crop in her hand . he is blindfolded and tied to the bed naked and ready for what ever my bff has in mind

My BFF, nothing she is totally vanilla, lol!

Well my bestie is acts pretty shy so I think totally dom in the bedroom! Whips and handcuffs would totally be involved.

Hmm. She'd be bound, bent over a spanking bench. one man behind her spanking her and another in front of her with is fly open. :D