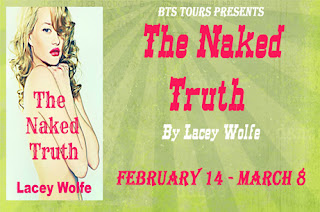 It’s amazing what one can find in strip clubs…                             Josh Carter gets the shock of a lifetime when he shows up at a place of ill repute for a business meeting and sees the one that got away gyrating on the stage. Abigail Reese—the girl with so much potential, the girl that took his heart along with his body one night long ago—what brought her to this level?  Though stripping is not what Abigail set out to do, it’s putting food on the table and a roof over her daughter’s head. But just how much can she reveal to Josh without risking it all?  When Josh causes Abigail to lose her job, she has two choices: come clean about her past and her situation or push him out of her life as quick as he came into it. It’s up to her…only she has to think of her little girl too.

Abigail removed the yellow gloves and went in search of water to curve her thirst. Whenever she was stressed out, she cleaned. As she sipped the water, pride filled her that her place sparkled and smelled of lemon and bleach. Now to get herself clean.
Setting the bottle down on the counter, she began to lift her shirt up over her head.
Knock knock.
Abigail pulled the edge of her tank top back down. She glanced at the clock and thought it was early for the mail man to be here, but he might’ve been ahead of schedule today. Then again, she wasn’t expecting a package at the moment, so it probably wasn’t the mailman. She stood on her tiptoes and peeked through the peep hole. Josh. What was he doing here?
Opening the door, she said, “Hailey’s at school.”
He held an envelope in his hand. He couldn’t possible have the DNA test results already. Then again, he had money, so anything was possible. “I’m here to see you. Can I come in?”
Abigail stepped back out of the way and let him enter.
“It smells good.” He glanced around.
“I was cleaning. I was just about to wash up before you showed up unexpected.”
He grinned. “I thought we could open this together.”
She eyed the white rectangle in his hand. “That’s for you. Not me. I know you’re the father. You were the last man I was with.”
“Before you found out you were pregnant?”
She laughed. “No, as in you’re the last man I’ve ever had sex with.”
“You don’t mean…”
“Oh, yeah, I mean it. I’m a single mother. I don’t have time to date.” He was quiet and she found it amusing. She could only imagine the thoughts running through his head. “Open it up.”
He set the envelope on the table next to him and closed the space between them. “It was five years ago that you and I were intimate. And in all this time, you’ve never gone to bed with another man?”
“You’re still on that?” Men.
His hand wrapped around her neck and he pulled her face to his. “Do you have any idea what it does to me to know I was the last one to touch you?”
She shook her head. “What does it mean to you?”
“How about I show you? Can I?”
She gazed at his lips and licked hers. Before she knew what was happening, she nodded and his mouth crushed against hers. He stole her breath when his tongue swooped in and met hers. She reached out and grabbed his shoulders, bringing her body closer to his.
Her body burst with pleasure, the same way she felt years ago. His arms wrapped around her and lifted her. Her legs intertwined with his waist. Josh spun her around, setting her on the same table the envelope was on.
He ended the kiss, but only to begin a trail on her cheek, to her chin, neck, and collarbone. “Oh God,” she murmured.
She arched into him as his tongue licked the top of her cleavage. Her core ached to be touched. She wanted this man badly. Instinct kicked in and she reached out, yanked a handful of his dress shirt, and smashed her lips to his. Her fingers began working his buttons. Once a few were undone, she slipped her hand inside his shirt and across his firm chest.
“You’re amazing,” he whispered before his thumb flicked over her nipple.
Abigail gasped and then went back to working on his shirt. Just as she reached the last button, she looked up at him and saw the passion in his eyes. But then she wondered what she was doing. Should she be doing this with him? She barely knew the man and for all she knew, when he returned home, she may hear from him again. She couldn’t risk it.
She pushed him away and hopped off the table.
“What’s wrong?” he asked.
“We can’t do this.”
He came up behind her. “We don’t have to do anything you don’t want to.”
Oh, she wanted to. And her soaking wet panties were all the confirmation she needed. But her heart couldn’t handle it.
“I think you should go.”
“What about the results?”
Abigail turned back toward him. “Like I said before, those are for you. I don’t need to see them.” She left the room for the shower she had originally set out for earlier.

I've read Lacey's work before and this one doesn't disappoint.  There were several emotions playing through me as I read.  Being a single mom I can definitely relate to the doing everything you can for your little girl.  I loved the fact Abigail was independent and didn't go crying to Josh for help.  So many stories you read, the main character leans so heavily on a man and throws away everything to be with him.  Not so with this chic.  She has her head together and takes it slow.  Hats off to Lacey to creating a strong lead, no matter what situation she was in.  It was a great little short, and this author has her hand at many different stories, all with amazing results.  If you haven't read anything by Lacey yet, you should check her out.  You won't be disappointed.

This sounds good! And surprisingly, I like that cover. It's not one that I would normally go for but I like it! Another for my TBR! Thank you :D

Thanks for sharing. I will definitely be checking this one out.