Giveaway and Spotlight on Mr. Insatiable by Serenity Woods 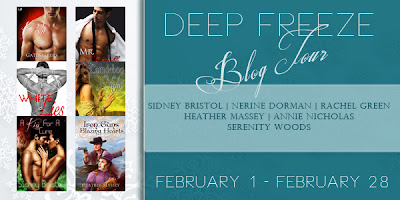 The key to insatiability…

Hi and thank you so much for hosting me on your blog today!

Mr. Insatiable releases this week from Lyrical Press. It’s a sexy contemporary romance with lots of sizzle, set against the exotic cities of , and .

As the title and cover implies, the focus of the story is the hero, Kit Fawkes, a sexy, slightly kinky, fun guy who knows his way around the bedroom. Enya’s always considered him off limits because, well, firstly he’s her brother’s best mate, and secondly he wants kids, and she can’t have them, so she knows they can’t have a future. But when fate conspires to bring them together on the evening of her brother’s wedding, she finds she can’t say no, and so begins the heated affair they’ve been heading toward since the day they first met.

As a writer, it’s difficult to be different. Especially when readers state time and again that they love the favourite themes like friends to lovers and brother’s best mate, and in this sense Mr. Insatiable follows these tried and tested tropes. But all I can say is that I write from the heart. I like my romances packed with lots of sexy scenes and heaps of emotion. My heroines are fun, independent and feisty, my heroes gorgeous, slightly alpha in that they know what they want and they’re not afraid to go and get it, but they’re also beta-nice, kind and gentle, and they’d do absolutely anything for the heroine.

And in the end, that’s what I think is the key for any successful romance—that when the heroine walks into the room, the hero has eyes for no other woman, and from that moment on, he’s determined to have her.

And here’s a little excerpt to illustrate how just how insatiable Mr. Insatiable really is…

Her heart hammered as she swallowed a large gulp of the whisky. “Are you normally this bossy in bed too?”

“I’m not a missionary position, lights out kind of guy.”

She took another swallow of the amber liquid. It sounded as if she was going to need it. “I’m beginning to understand that.”

She’d thought she understood why women found Kit so attractive. He was handsome with a great body to match, charming, funny, kind. She’d always thought him sexy, but had never analyzed why. His girlfriends had sometimes talked about how much he liked sex, and she’d occasionally watched him with a girl, seen him turn on the charm, touch them, whisper things in their ear that made them giggle and blush. But she’d never experienced it herself. He’d always been more likely to pull her hair than stroke it, and his endearments had never extended to calling her anything more than ‘Celt,’ which had been about as sexy as Tristan calling her ‘shrimp.’

But now...his eyes held a deep, dark desire she’d never seen a man harbor for her before. It thrilled her and scared her equally. No, not scared--she would never be frightened of Kit. But she was apprehensive. She wanted him so much, but this was territory she’d never explored before, and she was nervous about starting out on this journey. Last time she hadn’t been nervous because she didn’t know what to expect. This time...she knew what he was like in bed, how he made her feel. How much better could it get?
I’m not going to hold back, he’d said. I’ll want you every which way, as often as I can manage it. The thought of his words made her panties grow damp with desire. How many ways are there? How many times can he manage it?

He was watching her, tapping his fingers impatiently on the windowsill, so she finished off her drink, the whisky burning its way to her stomach. Immediately he stood, holding out his hand to her. She took it, allowing him lead her out of the bar and through the foyer to the elevators.

He pressed the button, and they waited silently. Could he hear her heart hammering against her ribs? He laced his fingers with hers, and she looked down at them. If I agree to this, it won’t be as your friend. I’ll agree because I want you... He wanted her. She shivered, saw him smile, and knew he’d noticed.
The doors pinged and opened, and Kit led her inside, sliding his room key through the slot and pressing their floor number. The doors slid closed and the elevator ascended with a slight jolt.

Immediately, before she said a word, he turned and slid a hand behind her head, pulling her toward him and crushed his mouth to hers with a mind-blowing kiss. She gasped as he pushed her back to the wall of the elevator, but he didn’t stop, instead taking the opportunity of her open mouth to plunge his tongue inside, his free hand pulling her hips to his so she felt his eager erection.

She could barely breathe, but she was so turned on, she didn’t care overmuch. She gripped the railing that ran at hip-height around the elevator with both hands, steadying herself as her head spun, moaning as he pushed his erection against her soft mound, arousing her as he moved his hips against hers. She’d never felt like this before. She was going to explode. Literally--she’d be the first incident of spontaneous combustion since the Middle Ages. Scientists would investigate her smoking shoes for years afterwards.

Lyrical Press are offering a free copy of Mr. Insatiable to one reader. Leave a comment below and tell me, do you like the tried and tested tropes like friends-to-lovers? Or are you tired of these old themes? 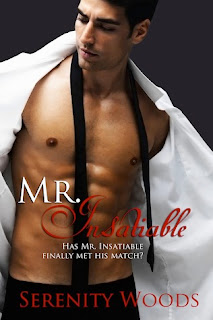 Author: Serenity Woods
Pub Date: February 4, 2013
Word Count: 54,000
E-Pub Page Count: 155
Publisher link: http://lyricalpress.com/mr-insatiable/
Blurb:
Gossip says he is hot between the sheets. Has Mr. Insatiable finally met his match?
Enya’s been curious about Kit’s bedroom exploits ever since his ex-girlfriend spilled the beans about his…skill. But he’s not for her. Enya can’t provide what he wants from life, especially not between the sheets.
After Enya admits she’s not good at sex, Kit persuades her to trust in him. Together, they can create fireworks in the bedroom. A few drinks followed by a discussion about kinky sex, and Enya succumbs to his charm.
Thrilled he’s been proven correct, Kit can’t keep his hands off Enya, and she’s unable, and unwilling, to resist him. But is it just great sex…or something more?
CONTENT WARNING:
Sexy, sizzling hot romance. Please read with air conditioning on.
Serenity Woods 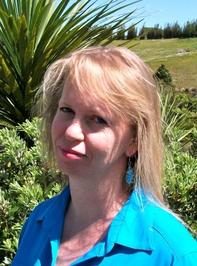 Bio
Serenity Woods lives in the sub-tropical Northland of New Zealand with her wonderful husband and gorgeous teenage son. She writes fun, flirty, and sexy romances in a variety of romantic sub-genres. She’s won several writing competitions and is a member of the Romance Writers of New Zealand. She would much rather immerse herself in reading or writing romance than do the dusting and ironing, which is why it’s not a great idea to pop round if you have any allergies. You can check out all her books at www.serenitywoodsromance.com.
Links
Website: http://www.serenitywoodsromance.com
Facebook: http://www.facebook.com/serenitywoodsromance
Twitter: https://twitter.com/Serenity_Woods
Amazon Page: http://www.amazon.com/author/serenitywoods
Barnes & Noble Page: http://www.barnesandnoble.com/c/serenity-woods
Goodreads: http://www.goodreads.com/SerenityWoods

I don't like... I LOVE the tried and tested tropes like friends-to-lovers! I don't think I'll ever get tired of these old themes... there are so many creative ways to make it new and different.

I completely agree with your key for any successful romance, Serenity!

No i never tired of themes like friends-to lover.. i think it depends on the writers how to write on the books.


thanks for the giveaway, im laugh when i read the warning " please read with AC on. :D

I love the friends to lovers. Thanks for the giveaway. Please enter me. Tore923@aol.com

I enjoy the tried and true. Friends to Lovers is one of my most favorites. Thanks for the information on the book. lisagk(at)yahoo(dot)com

I love all the old tried and tested tropes especially if there's been a creative spin on them, friends to lovers being my absolute favorite. Thanks for the giveaway.