Giveaway of Stephanie Rowe's Ever After Series

Happy Monday CEWTNK!!!  Another new beginning and another great series to tell you about!!  Let's take a look: 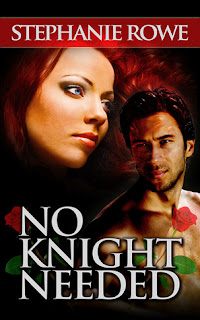 Broad shoulders silhouetted in the night. Strong arms anchoring her against a powerful chest. A modern-day knight in shining armor on a stormy mountainside… Who has time for that kind of fantasy? Not Clare Gray, that's for sure. The plucky single mom is a little too busy to dream about turbulent dark eyes brimming with intensity, and sensual kisses that ignite her soul. But when Boston business mogul Griffin Friese steps out of his black truck on the abandoned mountain road and helps Clare rescue her daughter from a deadly Maine storm, her well-ordered world implodes.


Suddenly, Clare finds herself having fantasies about tender loving and hot passion with the mysterious stranger with the rain-slicked jacket and the angel painted on the roof of his truck. The midnight encounter awakens yearnings in Clare that are far too dangerous to explore, but when she learns that her heroic knight is staying in town for a few days, he becomes a reality she can't deny. She's already barely surviving, so how can she risk her heart with a man who threatens everything she believes in? 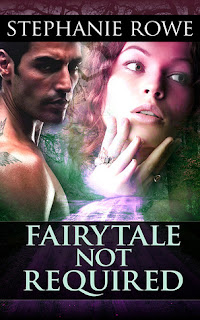 Kisses that set her on fire.  A tender smile that melts her heart. Promises of forever…. It's the fairytale that no woman can afford to believe in, especially not Astrid Munroe. Oh, she did once, long ago, but the scars etched on her heart remind her that the only one she can trust is herself. The flamboyant designer with the quick wit and spunky demeanor will never show the world how much she is struggling…until she meets Jason Sarantos, a man whose tormented past enables him to see the secrets she is trying to hide.

The connection between the two damaged souls is instant and electrifying, shredding the defenses Astrid had worked so carefully to erect, and tumbling her into a world of passion and vulnerability she can't control. Jason has moved to Maine to rebuild his life after the tragic death of his wife and youngest son, and Astrid's vibrant spirit ignites a searing fire in the single dad that he thought was long dead. Intense, soul-shattering passion explodes between the pair, threatening everything that they hold most dear.  Is there a way to stop the fire before it consumes them, or are they fated to a future more beautiful and more heart-wrenching than either thought was possible? 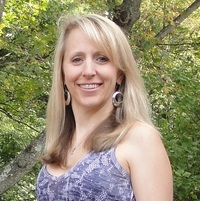 Stephanie is offering a readers choice of one of these e-books!  Just fill out the rafflecopter below!!  Good Luck!

Would love to win these they look great .Have a fantastic week

Thanks for sharing! Sounds fabulous :) I always loved The Little Mermaid.

Snow White's always been one of my favorites along with Little Red Riding Hood. Yeah, I liked the wolf! LOL!!!

beauty and the beast

I do love BEAUTY AND THE BEAST.

I love most all, but Goldilocks and the 3 bears is a fav.

Beauty and the Beast is my favorite fairy tale!

I love Little Red Riding Hood, there´s just something about a *rawr* Wolf.
Thanks for the giveaway & Happy Tuesday!
//Linda
fr_larsson at hotmail dot com

Snow White is one of my favorite fairytale.
lauratroxelatyahoodotcom

Mine has always been Snow White and it is also now my daughters favorite.

It's Snow White - because my daughter looks like a Snow White with dark hair and very fair skin.

I've always loved Snow White with Little Mermaid and Beauty and the Beast tying up next!