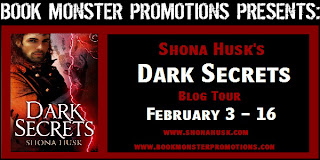 Happy Monday Everyone!  Today I have an extra special guest talking about her take on magic, and her latest book of course!  And Encounters...this looks like a good one!!  Take it away Shona:
The downside of magic
Magic, superpowers, favourable mutations…call it what you want but wouldn’t it be fun to be a little paranormal? To have talent no one else did? A skill that gave you an advantage?

Most of us would say yes without pausing to think…and yet when studied there is always a downside to having power.

Super heroes have weaknesses. The X-men had issues and even in fairy tales magic has a price. Physics tells us that there must be equal and opposite forces, and that energy can’t be created only changed. Magic has to come from somewhere and there has to be a trade-off.

What that trade-off is something the author decides when writing.

In Kiss of the Goblin Prince it was energy, Dai needed to eat—he even acknowledges that real magic uses are thin. He also gets terrible migraines if mixing alcohol and magic. But he also knows that using magic to change one thing has ripple effects so it has to be done carefully and with great consideration first.
In Dark Secrets the magic is more subtle; it is part of the person, not a learned skill like Dai’s abilities. Haidyn, the hero, was born with magic but it developed late. The Arcane Union rejected him because they thought him too weak to be a danger and his skill useless—who wants to make people smile? But his talent grew, and through hardship he became strong. Now he can control people’s minds—a very useful skill when pretending to be a whore. The Arcane Union doesn’t suspect he is using magic, if they did Haidyn would be in vast amounts of trouble.

As it is his magic is giving him grief. Because he was never taught how to use it properly it is slowly driving him insane. Every time he opens his mind to control someone’s thought, he sees into them. His mind is filled with other people’s thoughts and desires. But shutting down the magic means he can’t do his job. He is caught.

It’s the consequences of magic that make it fun. A hero with limitless power would be a little boring—there’d be no hard decisions to make as everything would be easy. Giving a character power means giving them an extra burden to carry, an extra problem to work through. And who doesn’t like a tortured hero? 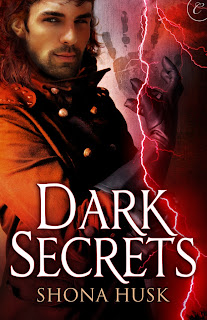 
Kindle | iTunes | Barnes & Noble
Six years ago, Haidyn Mast left his home and his betrothed Anisa to follow his magical calling. Too weak to join the Arcane Guild and too ashamed to return home, he has made a life as a prostitute--to all outward appearances. In truth, he sells his mind but not his body, using magic to let his clients experience their most secret fantasies while his hands stay clean. Even the Lawman, the arbiter of justice in Reseda, is one of his clients, but Haidyn would rather not know the extent of that man's depravity.

Though successful, Haidyn is shunned as a whore and his lack of formal training is causing his power to grow out of control. He's ready to retire and leave the city, but when he sees his Anisa standing at Lawman's side, he knows he must rescue her from the abusive enforcer. Risking his life and his sanity, he devises a plan, knowing that failure will mean death for him, and a lifetime of torment for her... 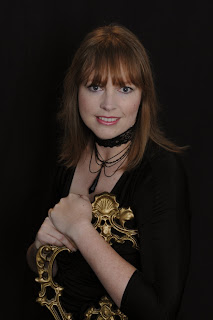 Shona Husk Bio
Shona Husk lives in Western Australia at the edge of the Indian Ocean. Blessed with a lively imagination she spent most of her childhood making up stories. As an adult she discovered romance novels and hasn't looked back. Drawing on history and myth, she weaves new worlds and writes heroes who aren't afraid to get hurt while falling in love.

With stories ranging from sensual to scorching, she is published with Ellora's Cave, Samhain Publishing, Carina Press and Sourcebooks.

GIVEAWAY INFO:
Shona is giving away an eBook of DARK SECRETS to one winner at each tour stop.  Just fill out the rafflecopter to enter!!  Good Luck!!
a Rafflecopter giveaway

The first genre I enjoyed reading was fantasy so magic in books is something I am very comfortable with. I've seen it done very poorly and I have read some series where the magic is second nature to the story.

I enjoy magic in my stories, but it has to be integral to the characters, not just thrown in the make things happen. Magic can make the conflict of good vs. evil more dramatic.
Thanks for the contest.

It adds an unknown element which I love. You never know exactly what characters are capable of!

Love this and can´t wait for my chance to read, =)
I love magic in books, like Kim Harrison´s the Hollows
Thanks for the giveaway & Happy Tuesday!
//Linda
fr_larsson at hotmail dot com

love it and love magic in books that's what make books so interesting
myboo63@hotmail.com

I love magic in books. It makes a book really interesting. Tore923@aol.com

I absolutely love magic in books .Have an amazing week.
flanagan@mebtel.net

I love magic in books so long as it plays in to the storyline and doesn't just come out of the blue.

I enjoy magic used in a storyline. It adds a special element to the story and a little mystery :)
Thanks,
lorih824 at yahoo dot com

I absolutely love magic in books.

I enjoy books that have characters using magic as long as it's consistent and they don't come up with some kind of magic at the last minute as an easy way to wrap up a story.

I love magic in books. When I was pregant with my daughter I fell in love with Harry Potter and have been obsessed with magic ever since. It is like you want to believe it is true. Thanks for the great giveaway.

I love magic in book...paranormal is my favorite genre.

Love it! Ever since I was little I've always been into fantasy stuff.

I love magic in books, when it's done correctly. I like when it's a "part" of the story, not when it's just tossed in for flash.

Not bad when it's done right. Sometimes it just makes the
story much more interesting.

I always love magic in book....always imagine i have magic power :)

Depending on the story line magic can be very interesing in a book. I just recently read a book about a witch that her powers made things more interesting.

I love it of course. I started with all the colored fairy tale books as a child. Now I read about magic every week...

I love magic in books.

I really enjoy leaving reality behind and immersing myself in a good "magical" read.

Love magic in books...it adds to the fantastical-ness of a story!
ivegotmail8889(at)yahoo(dot)com