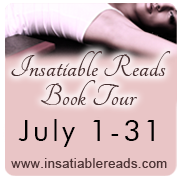 How the book came about:

Over the past year, I've wanted to do a charity book - my way of giving back. I've participated in a number of charity bundles and collections, but I've never released one solely on my own. So the question came to me; which charity and which book?

The answer came to me when my mother passed away, on Oct 14th, 2012, after a year and a half long battle with lung cancer. So I chose the Canadian Cancer Society. What they do for people, not only in terms of research, but also through patient support - financially and otherwise - is a blessing to thousands of cancer patients each and every day.

This was one of those books that I didn't have to think about, the ideas and the words seemed to write themselves as the pages flew by. I'd gotten over halfway through the novel and **gasp** there was still no sex! Crazy right? I think most people who read my work read it partly because of the sex scenes, so it seemed insane to me that I was writing a story without the nasty goodness that people expect from me. Since it couldn't be a Terry Towers book without some good old steamy "action" I made up for the lack of "action" in the final half of the book. I joke that my early stuff could be considered "romantic porn;" so needless to say this book brought me way out of my comfort zone.

An Heir For The Billionaire was released on June 29th and is on track to exceed my thousand dollar goal for the end of August. I've been pleased with the sales and amazed at the positive reviews and emails from readers, many feeling that this book is the best to come from me to date. Needless to say, I'm already hyped for my next charity novel. What it'll be and what charity... that remains to be seen, but there will be another coming this fall. No doubt about it.

As For The Story:

An Heir For The Billionaire was originally meant to be a breeding erotica story, but morphed into something so much more. Instead, I would like to think this is an inspirational love story about hope, forgiveness and rediscovering what is most important in life.

The heroine of the story, Katrina Alexander is a woman stuck in a rut. She's working as a server for a hotel and embarrassed that at twenty-eight years old she hasn't accomplished much with her life. When her high school reunion comes around she considers not even going because she doesn't want people to see that she hasn't succeeded. With some prompting from her best friend, Farrah Glover, she decides to go, a part of her longing to see her former high school love, Damon Garratt.

The hero is Damon Garratt. He's a man that has it all. Money, power and it would appear the world in the palm of his hand. But that's hardly the case. His world is rocked to its core when he discovers he has lung cancer and may only have a year to live. He begins to evaluate his life thus far and realizes that despite the empire he's built around him, his world is empty of what is most important in life. An invitation to his ten year high school reunion makes him realize that he had the most important thing in life already and was foolish enough to let it go, so he travels back to his hometown of Bangor, Maine, in search of redemption.

Official Blurb:
Katrina has been waiting for her Prince Charming...

He's faced with his mortality and in a race against time...

Damon Garratt is a self-made billionaire, but aside from his massive fortune has little else to show for the years that have gone by. Without love or a family, he's feeling empty. Seeing Katrina brings up old feelings from the past, and suddenly he can see his future more clearly. Racing against the clock, can he convince Katrina to give him the one thing he desperately needs - an heir?
To enter giveaways and meet the other writers, follow us at: