Welcome to another author on the Insatiable Reads Blog Tour! Today I have Melanie Marchande with me and her book I Married a Billionaire:  The Prodigal Son.  This tour is all about the sizzling reads of summer..lets take a look after a word from Melanie:

To ask for your hand in marriage…

Parents, am I right?

Okay, that one requires a little backstory. Several years ago, I met the love of my life. There was an instant connection. You know the one - that spark, the one that lights up like a Fourth of July sparkler and sets off explosions and light and color in your head. Or, you know, whatever.

We talked for hours and hours. It was tumultuous. It was surreal. It was magic.

There was just one problem.

I knew my parents wouldn't approve. He wasn't, you know, some bad boy tattooed biker with a checkered past; he wouldn't be played by Danny Masterson in a 90's comedy. He didn't even own a leather jacket. But he wasn't "a good catch." He didn't "deserve me." He wasn't from our faith. He wasn't, technically, employed.

And, if you'll believe it, he apparently wasn't from our class.

That makes me sound like I grew up in a yacht club, but honestly, I had a totally normal middle class upbringing. But my parents fancied themselves "better than," and they weren't capable of seeing through all that superficial stuff that didn't matter to me. To be with the man I loved, I had to put my foot down. For the first time, I had to assert myself and tell my parents that I was an adult, and I was going to make my own decisions for my own life.

In my latest book, I Married a Billionaire: The Prodigal Son, I found myself working through some of my lingering feelings about that whole situation. In the first two books, my characters Maddy and Daniel learned to deal with each other, and then learned to deal with outside forces that tried to tear them apart. In this book, they learn to deal with their parents.

Just like in real life, there are no easy answers. The relationship between a parent and their adult child is intensely complicated, and often slightly painful and off-kilter, especially when it comes to that whole "learning to let go" thing.

When it comes to parents, oftentimes, there are no "happily ever afters," only "happy for nows." Sometimes, conflict is inevitable. But other times, it can be intensely comforting to share your troubles with someone who's known you since you couldn't even talk. As usual, it's all about making an effort to understand each other - and often, learning how to meet in the middle.

Have you ever dated someone that your parents (or parent) didn't approve of? How did it go? Tell me about it in the comments! 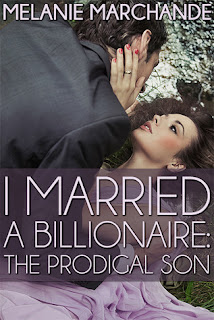 Blurb:
This book is a standalone followup to the Top 100 Nook and Kindle Store bestseller I Married a Billionaire and I Married a Billionaire: Lost & Found.
Writing billionaire tech mogul Daniel Thorne's official biography is no small task. His wife Maddy isn't quite sure how it fell on her shoulders - but she's not exactly complaining. It's given her a rare opportunity to learn about the details of Daniel's life that he's never shared with her before. After a rocky beginning, their relationship has finally settled into something comforting and secure. After a while, Maddy begins to reconsider her once-staunch decision not to have children.
Then, one night, a ghost from Daniel's past appears.
His father, believed to be dead, has come back in hopes of repairing their relationship. Daniel is devastated by the years-long deception, and suspicious of his father's motives in reappearing after so much time. Old Mr. Thorne has his reasons for disappearing, but how can he possibly repair a relationship that's been so badly fractured by distance and lies? Meanwhile, Maddy gets some unexpected news of her own, and she realizes she must find a way to reach her husband and his father, to knit them all together into a family again. 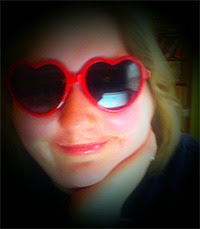 Melanie Marchande is a young writer who loves creating fun, flirty, and occasionally steamy stories about two people realizing they just can't live without each other. If you'd like to read more from her, please leave a review letting her know what you liked about the book so she knows what to write next. You can also connect with her online:

Make sure to join her mailing list for special offers and exclusive sneak peaks and giveaways: eepurl.com/srHcH

Melanie Marchande is part of Insatiable Reads Book Tours, where the hottest authors in romance debut their sizzling new reads!

Have a Happy 4th of July.

Thanks for having me! :)

I like the conflict idea for the Prodigal Son (or is it father in this case?). Looks like a good read.

Thanks for the great giveaway. Happy 4th to those of us who celebrate.
debby236 at gmail dot com

My parents despised my husband and of course the more they objected, the tighter I held on. They were right and I kicked him out after a year.

Thanks for the awesome giveaway. Please enter me.

thanks for sharing! Sounds awesome :)

Thanks for the giveaway and yes I have, mum was right he was an ass and after making a fool of myself I am happily rid of him

Oh I know EXACTLY how you feel! My mother also did not like my now husband back when I started dating him. She thought he wasn't good enough for me and I also had to defend our relationship, but 15 years later, we're still married with 3 kids and she absolutely adores him now. She'll never admit it out loud though. ;)

Yes, but it didn't end well. It did end though.

Kudos to you for following your heart!

Never had an issue where my parents didn't approve of someone, but if my parents did, I would take it into serious consideration because we share many of the same views and values and I know they are always looking out for my best interests

This sounds like a good book. Thank you for the amazing giveaway.

Thank you for the invite and the giveaway chance.

Thanks for the sweet giveaway.

Love the conflict. It speaks to a lot of women that have experienced the same thing.

Well not so much they didn't approve more that once we did get married they liked to interfere which caused us to divorce but I am happy to say we are now back together with or without their approval.

Thanks for the great giveaways!

Sounds great. Thanks for the giveaway =)

Thanks for sharing! My parents hate my husband, my grandma almost didn't come to my wedding! 11 years later, I'm happy, they will just have to live with it ;)

interesting ;) thanks for the giveaway

I've always kept my parents as far away from my dating life as possible.

Thank you so much for the giveaway!
-Dawn

Parents are hard to please sometimes. Thanks for the giveaway!

I was not sure about this title, but I am finding myself intrigued :) Thank you for sharing.