Happy Thursday my hot shifter cravers!!!  Today I have the wonderful Milly Taiden with me on her tour of Wolf Fever, and let me tell you this book was aptly titled!!!  Milly wanted to talk about writing sex and I couldn't think of a better topic for this blog..lol:

The Joys of Writing Sex

A lot or people ask me how awkward that is...especially my first ever! Can I say the first one was definitely...alot! Lol. But I wrote my first sex scene when I was still in my teens. So much developing needed to happen through the years. I appreciate readers in that they've been very nice about telling me how much they enjoy my books. One of the main things I love hearing the book was great, the sex was hot and the characters real. I love it. But sometimes writing a sex scene can get very involved.  Especially if you have a lot going on (won't get into menages--my team is dying for me to write one and I'm quietly working on this). A sex scene should not be a lesson in body parts or sex education.  It should flow and seamlessly show your reader the action without becoming boring or educational. Think of the hottest scenes in a movie. It's all about mood, words, and description.  I love writing sex and like to make it hot, exciting and sexy for whoever reads it. Sex scenes are fun for me. I let my mind loose and run wild. I do it all for the sake of giving readers something that they will say 'wowza'. Use anything and everything thatbcomed to mind. Toys,  location,  extra people,  mske it yours but mske it unforgettable Sex scenes should be a second piece that helps move the story. I think being an erotic author is one of my favorite things because I get to write what I love: sassy women, hot men, action plots and super smexy loving with a happily ever after.

Let's take a look at the book: 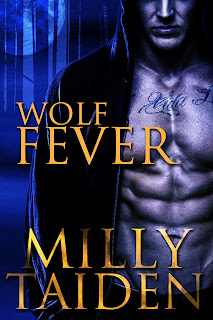 Blurb
When Raine Bowe volunteers for a sleep study for the extra cash, she didn't expect to wake in a lab or to be victimized by a mad scientist. She escapes with one objective--to find someone strong enough to wage war with the evil growing inside her. Ryder Storm is a man with a reputation--the bad boy of his own universe. He doesn't take prisoners, won't give into a sweet smile, and doesn't cut his pack an inch of slack. He knows the desperate woman in his bar is his the moment he lays eyes on her. He'll give her anything she wants, except the one thing she's begging for. Death.
Raine enlists Ryder’s help to unravel the mystery surrounding the hours she lost in the lab and to help tame the beast inside her. In their search for answers, the road will lead them to a twisted experiment involving shifters, humans, and the creation of the ultimate Alpha. He's ready for the adventure and she's ready for her answers. Neither are ready for the lust that calls down from the mating moon. But a wolf knows its mate, and an alpha will not stop until he or she gets what they want.

The loud hammering of Raine’s heart drowned out the single word bouncing around her mind—and the dogs barking at her back. Their angry growls faded the faster she ran. A little further. Just a little more, and she’d be home free.
Trees swooshed past her with every step she took away from the small isolated facility. She ignored the hospital gown swinging against her legs and the blood dripping down her arms from the torn IVs. Barefoot, the rocks bit into the soles of her feet. None of that mattered. She had to survive. Her life depended on getting as far away from that place as possible.
Inhaling the comforting scent of mud, trees, and the wild, she barely heard the barking over the breeze rustling through the willows with each step she put between them. At any other time, she’d have dissected her reaction to the forest. Not now. And she didn’t stop. No way was she getting captured again without a fight.
Air beat in and out of her lungs in tandem with the pounding of her feet on the rocky ground. Moonlight filtered through the branches overhead, highlighting her path. Her hair caught on the tree limbs, snatching at the loose strands. Some of the hanging vines prodded her arms and stabbed her sides. Her breath hitched, and she missed a step, lurching forward. Something inside her tightened. Her arms swayed and her core muscles flexed. Before she face planted, everything balanced out. She blinked. More scared now than she’d ever been in her life. Something controlled her body and it had reflexes far superior to a normal human.
Moisture gathered in her eyes, blurring her vision. She blinked it away. Panic would only get her caught.
Raine glanced at the moon. It had shifted twice—now in front of her, rather than behind. She stilled. The trees rustled with the wind. An owl hooted. But she still didn’t hear the annoying bay of the dogs.
Ragged breaths beat hard in her ears. A horn’s blare sounded in the distance. Fear and excitement gave her a burst of energy. Cars meant help. She urged her body faster.
Street lights peeked through the trees. Air panted out of her chest. A second car honked, speeding past another. She was almost there. So close. Thank god. She was going to make it.
Slowing down at the edge of a hill, she darted glances around the now quiet street. No people milled about or walked around. Nothing. A big store, one she recognized from the one time she’d gotten lost in the shadier side of town, sat a block to her right. The sudden quiet made sense now. Nothing good happened this far south of Tempting Eats. It was known as the dead side. The thought alone gave her chills. Women went missing…all the time. That had been enough to keep her uptown in suburbia-peace-nation.
She glanced around, searching for anyone who might be waiting for her or even any of the dangerous men her neighbors said roamed the streets, but there was nothing, not a single being. Her feet hit the pavement in a rush. Once across the street, she hid inside a dark alley. The stench of rotting food and piss coated the air with a thick blanket of disease and chaos. Her throat convulsed, and the acidic taste of bile hit the back of her tongue.
Retreating, she took several steps toward the end of the street to a small motel. Its yellow, neon Vacancy sign blinked on and off with a buzz. A man’s yell pushed her to slink into the dark. The sound came from the shadows in front of the motel.
Buy Links
Amazon: http://amzn.to/11qnss7
ARe: http://bit.ly/10BTK55
B&N: http://bit.ly/19mU4VF
Book Trailer Embed Code:
Author Bio:
Want to know about me? Milly Taiden (aka April Angel) was born in the prettiest part of the Caribbean known as the Dominican Republic. She grew up between New York, Florida and Massachusetts. Currently, she resides in New York City with her husband, bossy young son and their little dog Speedy.
She’s addicted to shopping for shoes, chocolate (but who isn’t?) and Dunkin Donuts coffee. 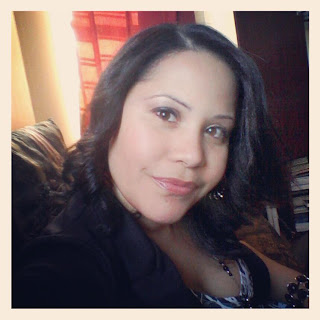 What can I say?  I am fast becoming addicted to the outrageously hot wolves Milly writes!  Wolf Fever is aptly named because when these two wolves come together, a fever is sure to consume both.  This story had a little bit of a dark twist to it.  I can't imagine waking up to find she was not only kidnapped and experimented on, but in her mind she was also turned into a monster!  Raine decides then and there she needs help and only the biggest Bad Wolf will do.  In walks shifter hottness Ryder Storm and Raine can barely focus on why she originally went to find him.
Milly writes scorching hot shifter books, and this one was no exception!  I eagerly await the next dip into her world.  Hats off to this author for making her books addictive and hot!!

Giveaway!!
One lucky person on my stop will receive an amazing keychain!!! Just comment below and answer this question:
If you woke up and suddenly your were a werewolf, what color would your coat be and what theme song would be running through your head? 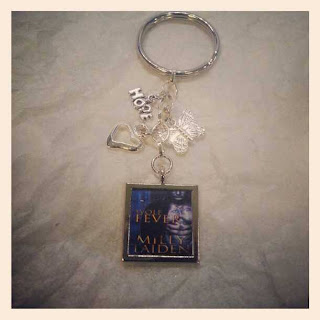 Personally?   Mine would be an an Alburn shade....and I'm thinkin hungry like a wolf?   HA!!!  Dont forget to enter the tour-wide giveaway!!
a Rafflecopter giveaway

Ooh, I love Milly's shifter books, and Wolf Fever is no exception!
Seeing as Ryder is taken though, I'll have to set my sights on Theo!

I love her books. thanks for sharing. If I woke up as a werewolf, my coat would be a copper red color and probably Whitesnake's Here I Go Again would be going through my head.

I would be jet black and my theme song would be Back In Black by ACDC.
Thanks :-)
Lori

I have to go with a white coat. Yeah, I've been finding gray hairs but I would rather have a white coat than a gray coat. :) Werewolves in London would be the song because my husband randomly goes around the house singing it.
suz2(at)cox(dot)net

If I woke up as a werewolf my coat would be light brown and my theme song would be We Weren't Born To Follow by Bon Jovi.

Great new series to try! You give me Fever ... Loved this story! 5 star review links below...
Favorite passage: Damn but the man was sexy. Not just the body, or the award-winning tongue, it was the way he carried himself. What he'd said was true. He was definitely the

alpha. No other animal had that type of commanding presence.

My coat would be black with streaks of purple/pink and the song would be Smells Like Teen Spirit by Nirvana.

would be a black wolf and theme song would be David Guetta - She Wolf (Falling To Pieces) ft. Sia

I would have to say white because my hair is all white now lol and the song first one that popped in my head was hungry like the wolf lol rophill63@yahoo.com

Since my hair has reddish highlights, I'd probably be auburn too in wolf form. No music, I'm not really into it.

Sable. As to theme song... Hungry Like the Wolf by Duran Duran (am I totally dating myself or what?)