Giveaway and Interview with Catherine Bybee and her book Highland Shifter 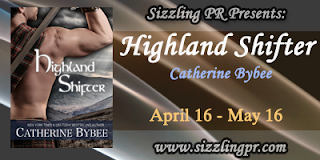 Welcome to this stop on the Highland Shifter virtual tour with author Catherine Bybee.  Who doesn't love a hot Highland guy with a sword and the ability to shift?  The combination sounds absolutely decadent!  I was able to use some of my gentler techniques to get Catherine to answer some of my questions.  So we get a little insight not only in the book, but from the mind behind the creation as well.  Here is what Catherine had to say:

How old were you when you first realized you wanted to write?
35 – but the first time I attempted to write a book I was 15.

Most authors have an unusual story or way that they come up with their ideas for books…Do you have one?
Not really. My mind is always trying to come up with ideas and trying to push the limits of what we will believe. I’ve had dreams that I’ve made scenes out of. Not to mention years of working in the ER has given me plenty of stories to tell.


What was your biggest influence that steered you towards writing?
The inability to work my day job. I found myself online all the time and decided to finally finish a novel.

I have to ask, what are the hardest scenes for you to write?
Writing The End is hard. In every romance there is a HEA and sometimes by their nature happily ever after turns sappy. I try hard to keep it real, but it’s hard sometimes. Good question, BTW.

Do you see yourself writing in another genre?
Outside of romance? Yeah…I think one day I’ll attempt to write a book that isn’t a primary romance. I tend to get lost in the stories sometimes. I think this current Druid, Time Travel series proves that. There is a romance driving the work, but there is a ton of story between the pages.


Has your family been supportive?
Ahh, yeah, kind of. In the beginning it was hard. They saw a lot of working and very little pay off. But with my recent five week stent on the New York Times Bestseller list, they’ve turned around.


Are any of your characters reflective of you?
Yes. Tara from Binding Vows reminds me of me in many ways. Liz, her sister has my colorful mouth. My good friend read Binding Vows before it was published and said, “My God, Tara is soooo you!” LOL


What do you like to do when you're not writing?
Travel. Read. I bowl on a league and spend a ton of time with my family.


Who is your favorite book heroine?
Don’t have a favorite.

Do you have any unusual habits that revolve around writing?
Not really.


What were some of your biggest challenges at the beginning of your career?Waiting…waiting for feedback, waiting for edits…waiting. I don’t think about that much now. When I’m self publishing a book the only thing I’m waiting for is reviews. Work my agent is pitching elsewhere has to be ‘waited on’ but it doesn’t bug me like it used to. I know that the work will eventually be published if I deem it good enough. That is the beauty of self publishing in this new world.


How do you feel about reader comments?
I have a strong back…actually my back is jacked, hence the reason I became a writer and stopped my day job, but figuratively speaking, I can handle bad reviews. That said, I LOVE reader comments. And some of the bad ones can actually be helpful. I know that sounds strange, but I try not to put someone down for their honest opinion. If they are mean and hurtful, then I just blow it off. Most of the time. I’m human and if the day has been hard those comments can bother me. It always cracks me up when a review is nasty and the reviewer can’t spell my name.


What can we expect from you in the future?
I have two more books slated for this time travel series and several contemporaries burning up the pages. Follow me on facebook and twitter and I’ll keep you up to date.

Thanks again for having me here today.
Where can we reach you and become informed of updates?
@catherinebybee  (twitter)
www.catherinebybee.com
and all the others on the press release from Sizzling Hot Reviews 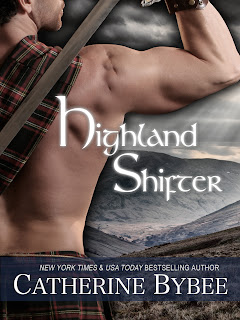 Helen Adams has a knack for finding lost objects, but the Simon McAllister she finds isn’t what she expected. The missing California teen is now a grown man—a kilted, sword wielding, Highland warrior.
A mysterious Druid book and Helen’s sixth sense send her to Scotland in search of a missing boy. After being attacked by strange men dressed in medieval garb, a handsome, desirable hero answering to the boy’s name rescues her. No one is more surprised than she to find herself in sixteenth century Scotland. Unable to deny the reality of time travel, Helen discovers smoldering passion with a man destined to leave her.
Simon has lived his Druid life in two very different worlds, two vastly different times, and when Helen practically lands in his lap, he knows his life is about to change forever. There are enemies in California lying in wait for her, and an army in Scotland closing in on his family. Simon is the only person who can protect her. But when she learns his most guarded secret, will she still want him? Can Helen love a Highland Shifter?
New York Times, USA Today and Wall Street Journal Bestselling Author Catherine Bybee has been addicted to romance since her teens. After spending a decade of her life working as an RN in urban emergency rooms, Catherine is now dedicated to writing happily-ever-afters for the world to love. Catherine is married and raising two sons in Southern California.
She loves hearing from her readers so feel free to visit her at:
Website / Blog / Facebook / Twitter
Excerpt:
Simon stepped closer and felt the heat of her skin. She smelled of the strawberry shampoo she used in her hair. Helen’s hands slid from her hips and fell to the side.
“’Tis time we clear up a few things in your lovely head about me.”
He stepped closer, and Helen, the wise girl, took a step back until her bottom met the edge of the desk. She reached behind her to steady herself and keep from falling.
Like a predatory cat cornering his prey, Simon towered over Helen, watching her body twitch as her eyes travelled over his.
“Really?” Her voice wavered. After clearing her throat, she asked. “Like what?”
Simon licked his lips and glanced at hers. “I’m not evil.”
“Uhm….” Her eyes never left his mouth while he spoke.
“And I’d never lure a child into my presence.”
Simon leaned into her, their thighs touched and Helen’s breathing started to quicken. He placed one hand on the table beside her, leaving her very little room to escape should she want to. From the hunger in her gaze, and the heat coming off her body, he didn’t believe she would.
“A woman, however, might tempt me to entice her attention.”
Doesn't this sound like an amazing read?  Well you have a chance to get you own copy!!  Just fill out the rafflecopter below!!

Thank you for hosting me today.

can it be a fictional time? :)
I want to be with....
Tyler from Disappear by Mary Martinez. He's such a sweet guy.

((please make that captcha go away))

Hmm, since my mind is on Highlanders, I'd have to say Jamie Fraser the Highlander from the 1800s in Diana Gabaldon's Outlander series.

This book sounds good and thanks for the opportunity to win a copy.

Well, right now, I'm all wrapped up in the BDB so it would have to be one of them, Wrath or Vishous I think and where, well, it really wouldn't matter where. LOL

I was a huge fan of Karen Marie Moning's Highlanders. Esp. one Cian MacKeltar. And I would take him any time and place, yum!

I would love to fall back in time and land in Jesse James' lap! BUT he would be a sexier, handsomer man.

Scotland, back when men were men and woman were fiesty little pains in the butt!!

I would like to find a Highlander in the Scotland area. As long as he has the accent, a kilt, muscles, no shirt.... I would sit on his lap- anytime!

Don't forget the 'big sword' under those kilts, ladies... Something to be said about that.

Thanks for stopping by.

Thanks for the giveaway! I would love to be either with a Highlander or a cowboy! Yumm!

I totally agree with the majority here that wants to go back to Scotland for a dose of Highlander charm!

I actually don't really have a fantasy. I think it would be kind of cool to see what it was like back in the Old West, but I wouldn't be going there for some fantasy lover.

Thanks for taking a moment out of your day to read this blog and posting a reply, ladies.

I want land into lap Roarke in future, New York City 2060. I just hope his wife, Eve Dallas, not angry with me and kick my ass. LOL!!

I wouldn't mind landing in the lap of a Highlander! i'd even go back in time as long as I could have proper grooming ability - like a bath and shower with lots of never ending hot water and lots of haair and skin products! I like the time period except for the dirt factor!
Thanks for the giveaway,
MJB
msmjb65 AT gmail DOT com

I'd love to be stranded on an exotic other planet with the man of my dreams!
thanks for the contest

I fall in love with Jamie Fraser from The Oulander series everytime I read it. SO that I who I would love to be with!
Mel
bournmelissa at hotmail dot com

I'd want to go to another planet. I've always thought space travel would be cool. I know one day we will get there I just wish I would have been here for it. LOL. AND of course along for the ride is one (who am I kidding all) the BDB men. LMAO

OOO, that's a tough one! I'm gonna be REALLY general here and just go with ONE of Donna Grant's highlanders. They're ALL yummy!

Hmm... I;m going to have to go with a sexy Highlander in the one place I have always wanted to go... Ireland.

Great interview!
If I could go to another place and time...I would love to be Rory MacLeod (from Monica McCarty's Highlander Untamed) in Scotland in the 1600s. I love the MacLeod's of Skye Trilogy!
Thank you for the giveaway.

Hands down...some hot built highlander...in Scotland.
I'm all about the rough and rogues...Lairds of the day!