Blog Barrage: The Fall of Rain 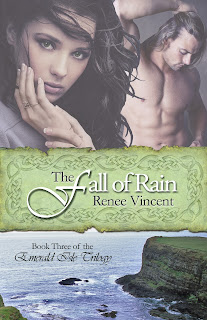 Leif Dæganssen, an archeologist from , is determined to trace back his Scandinavian roots as far as the Dark Ages and find proof of their existence on the Emerald Isle. After several years of living off the west coast of , he finally uncovers an ancient artifact—an intricately decorated chest with pagan carvings—buried beneath the very porch of his coastal cottage. Knowing it only confirms the presence of a glorified Norse-influenced settlement on Inis Mór, he’s determined to establish a link between himself and those who once inhabited the rugged isle.

Thank you so much for the feature today! And what a really cool blog!