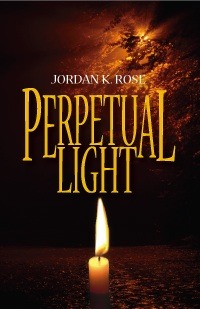 Fate is cruel. Especially when the one you’ve sworn to love for all eternity, the very soul who changed your destiny is the last person you should trust.

After more than three hundred years of running, Lucia Dicomano must make a choice.

Forced to take her place as a Pharo of Redemption, the divine slayer needs to master her forgotten powers. Lucia turns to Vittorio, the one vampire she’s failed to deliver from eternal damnation. But overcoming smoldering remnants of love, lust and anger aren’t their only obstacles.

Samuel, who may know Lucia better than she knows herself, hunts her with a fervor stoked by a thousand years of vengeful hatred. His plan—capture and enslave the weakened Pharo then take control of her elusive power.

Can Lucia trust Vittorio long enough to reclaim her powers? Or will she have no choice but to kill him and battle Samuel alone?

Every since she can remember Lucia has dreamed of a beautiful man named Vittorio.  He haunts her nights with his laughing gold/green eyes and adventures wrapped around a beautiful vineyard
somewhere in Italy.  The dreams feel so real she would swear that they were memories.  But as amazing and wonderful as the dreams are, the nightmares are equally horrific.  For years Lucia has lived believing humans were the only thing that existed in this world.  It takes one party to bring all of  the disillusionment crashing down on her.

Vittorio has spent 360 years tracking Lucia through her lifetimes.  He had caught up with her a few times but always while she was dying or after she had already gone.  Vittorio has loved Lucia since she was 14 years old, lol, well since the first time he knew her at 14.  Lucia had existed countless lifetimes before she met Vittorio, but wondered if she had truly ever lived before she met him.  Theirs was the idyllic type of romance.  Both young and in love, they married after Lucia turned 16.  Vittorio and Lucia were blissfully happy and remained that way for many years.  But all that happiness ended when Vittorio was kidnapped and turned by a vampire.  Lucia's powers were awakened that night as well and she began her training hoping to save her husband and destroy the creature that snatched him away.

So now we come crashing back to Lucia's new life. It seems that with every reincarnation it takes a long time for her memories to surface.  Although she had dreamed of Vittorio every night, she passed it off as dreams and refused to believe that they were memories. Until she meets him face to face.  Imagine dreaming of the same man almost every night and then meeting him in the flesh.  That had to be quite a shock. Lucia is really stubborn and at times acts out childishly.  She seems to always be running from her fate instead of running towards it.  These flaws make her a more realistic character.  We all have a tendency to drag our feet about something, even though in her case its saving the world :)  Vittorio was my favorite character.  He never lost his humanity.  He retained so much from his human life that it was hard to tell that he was a vampire.  He even attended church.

This book completely fascinated me.  It put a fresh spin on the vampire tale and til death do we part..lol.  I really enjoyed this book and it really is hard to believe that this was the debut novel for Jordan. It ended extraordinarily well but with sooooo much left open.  I really really hope she plans on making this a series.  There is just too many paths that this book can take and so much left unanswered.  I can't wait for the next book to which I am hopeful there will be one!!  Great Great read!!!

So how can you score an amazing copy of this book?  Just fill out the rafflecopter!!  Good Luck!!

Damon Salvatore from The Vampire Diaries! He is what you say, hot! <3

I would have to say Wrath from the Black Dagger Brotherhood.

I don't really have a favorite - I like my vamps nice and evil.

Viper from Guardians Of Eternity series.

Ok so I have been eagerly awaiting Frost's book of Vlad, love that vamp. But this book has caught my interest! Vittorio has a pretty miserable existance, yet he keeps looking for his love. Now that is romantic!

I would say Styx from Alexandra Ivy's Guardians of Eternity series. This book sounds good.

I would have to say Leo from the Skinwalker series by Faith Hunter!

Today, I happen to be watching the Buffy series on netflix and have to say I am really enjoying Spike. In books it would have to be Eric Northman in the installment when he loses his memory :) Thank you for the fun.

Kael from Laura Kaye's In the Service of the King

I have Perpetual Light!! I can't wait to start reading it! As soon as I finish my summer cleaning and yard sale!
Mel
bournmelissa at hotmail dot com

this looks like a book full of emotions love it!

This sounds like an intriguing book. I don't think I've heard of a book like this before, which is pretty rare...