Giveaway, Sneak Peek, and Review of Erin by Miranda Stork 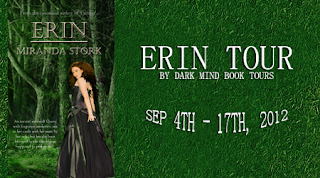 Happy Monday, lol, as if there was such a thing!!  Today I have, for your viewing pleasure, a look in to a new kind of werewolf book which is entitled Erin.  Erin is a very complex character in this book, lol, that is if you don't consider her mate.  Before I share my thoughts on the book, let's take a look at the details: 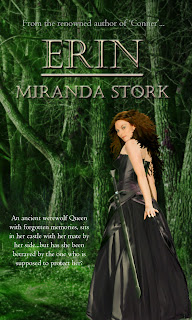 Erin is the werewolf Queen of Athol Castle. She has no memories of the events of a few months ago, where she believed herself to be a psychologist, and met the enigmatic and charming Conner…


Filtiarn has taken over Conner’s body once more, and is relishing being in control. Cruel and sensual, he decides to work on a plan...to take over humanity. He begins a war...of werewolves against humans. But unknown to him, Conner is fighting against him within his own body, to set things right, and to bring Erin back from her own darkness. He tries to undo a great mistake from long ago, using Erin’s famed sword, Sioctine, as remnants of his own memory come back to him, opening up the present he now lives in.


At the same time, another enemy is using the situation to their advantage, following the werewolves at every turn, threatening to undo everything that Conner is struggling to obtain...


And who is threatening to take over not only the humans, but the werewolves as well?
Sneak Peek:

Sighing heavily, Erin plonked herself down on the bed she had been laid on just a few hours before, swinging her legs out in front her. Conner smiled, and came to sit next to her, winding his arm across her shoulders.


Erin leaned into his warm body, closing her eyes for a second, and wrapping her arms around him. “I’m just…tired. It’s a lot to take in, you know? One minute I have this normal life…and then you find out that that was all a lie, and your real life is so incredibly complicated. I just wish I had something to hang on to that wasn’t complicated.”


Putting his hand under her chin, Conner lifted her face to his. “You have me. I’ll always love you, even as Filtiarn, I loved you. That will never be complicated, and that will never change.” Erin’s lips curved into a smile as he gently planted a kiss on them. “Do you remember the first time I gave in to you when you were at Forest Hall? I couldn’t keep up the pretense the whole time; it was killing me seeing you and not being able to touch you.”


Erin blushed, lowering her gaze. “You mean in the shower?”


Conner grinned broadly, making his face look even more sexy. “Yes, in the shower. You smelled so amazing…”


Swallowing, Erin lowered her head, pulling her chin away from his hand, so that he couldn’t see her grinning shyly in return.


Conner looked at her soft hair for a few minutes, teasing himself with the memory of burying his face in that soft, sweet-smelling hair, the touch of her smooth skin next to his, her eyes melting in pleasure…


He gently but firmly lifted her head up again, so that he could see into those stunning blue eyes. Erin was smiling, but a deep rosy blush had covered her cheeks, making her look even more beautiful to Conner. He leant down, pressing his lips against hers. She didn’t resist, and put her hand on his shoulder, to get closer to him. Reading her signals, he placed his other hand behind her head, pulling her deeper into their kiss, threading his fingers through her silky hair. His body began to stir, but he forced himself to be slow and careful, easing her into this. He growled low in his throat, a primal, raw sound, thrusting his tongue into her mouth, licking her lip gently.


The sound made her moan a little, as she let her tongue meet his. The sound made his groin ache, and his breathing began to go faster. His instincts were taking over, telling him to pin her down and rip her clothes off, but he held back, instead gently tracing her collarbone with the pad of his thumb. She shivered a little at the touch, placing her hands on his chest, clawing slightly, as if she too, wanted him stripped off.


Conner pulled his mouth away, gasping slightly. He leaned his head, and began to slowly lay butterfly kisses along her neck, moving his lips along the top of her collarbone, remembering how she had reacted to that in the shower, all that time ago. She cried out, making him instantly go rock hard against her, his hips moving of their own accord, as if he were losing control of them. Erin pushed him off for a moment; making him furrow his brows in disappointment-perhaps he had done too much?


“What are you sorry for?” When Erin spoke, her voice was husky and soft. She grinned at him, her eyes looking drowsy with lust. Leaning back, she pulled her sweater off, revealing her creamy lace bra. Unhooking it quickly, she pulled that off as well, letting it fall to the floor. She looked back up at Conner. “Is this okay?” 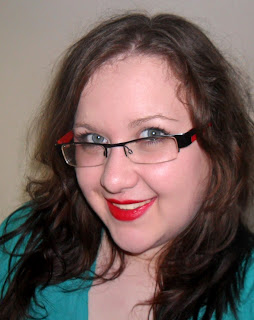 So would you like a chance to win a copy of this book plus a super amazing swag pack?  Excellent!!  just fill out the rafflecopter below!!  Good Luck!!

This story looks really interesting and will be adding it to my wishlist!!

Bowen MacRieve from Kresley Cole's Immortals After Dark is my werewolf of choice at the moment lol
cassandrahicks1989@yahoo.com

Phil in Forbidden Nights with a Vampire by Kerrelyn Sparks

I don't find the werewolves very attractive. Maybe I need to know more werewolves. But If I have to choice, Sam from Wolves of Mercy Falls series by Maggie Stiefvater.
Thank you for the giveaway!
Artemis
artgiote at gmail dot com

I love Rule and Cullen from The World of the Lupi series by Eileen Wilks!

Hmm. Hard question. I fall in love (usually) with the werewolf im reading at the time. Its been awhile since ive read one and now im drawing a back. Hmm.