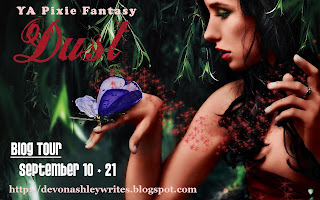 Welcome to this stop on the multi-talented Devon Ashley's Blog Tour!!  You can follow along by going here: Devon's Tour Page.  So you know I had to ask her to do something off the usual flow of her tour, just for your complete enjoyment!!!  So without further ado I give Devon Ashley's top ten hottest guys!!  See if you agree: 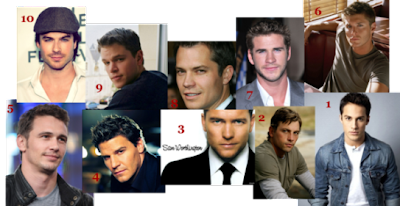 10. IAN SOMERHALDER – Do I really need to explain why he made the cut?


9. MATT DAMON – He’s been on my list for at least 15 years, so I doubt he’ll ever get the boot! And aging has only made him sexier! Love him in the Bourne movies.


8. TIMOTHY OLYPHANT – The guy likes to play some weird characters, but he’s still freakin HAWT! Don’t know who I’m talking about? Think The Crazies, Die Hard with a Vengeance, I Am Number Four, Catch and Release, Go, Scream 2, The Girl Next Door, etc… Now your head’s nodding, right?


7. LIAM HEMSWORTH – thought he was hottie long before he got casted on The Hunger Games.


6. JENSON ACKLES – Oh, come on! He’s so freakin’ sexy in Supernatural. And he’s from the next city over, so I’ve gotta show some love.


5. JAMES FRANCO – It’s hit or miss with his many looks, but his sharp bone structure is to die for. J


4. DAVID BOREANAZ – I’ve adored this face since the dawn of Buffy! And it keeps getting better…


3. SAM WORTHINGTON – Seriously, if this boy ain’t on your list, there’s something wrong with you! Bleh heh heh! Avatar, Clash of the Titans, Terminator Salvation – this guy has dipped his hand into every freakin’ cookie jar and come out a winner.


2. SKEET ULRICH – I’ve been drooling over this boy since Scream came out. And seeing him with the red bandana on his head in Chill Factor make the knees go weak. And don’t even get me started on the yummy-ness from Jericho. 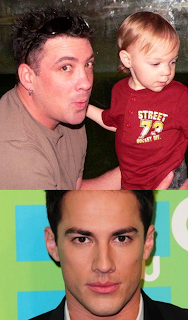 1. MICHAEL TREVINO – SMOKIN’!!! I have to give some love to the werewolf in Vampires Diaries cause he looks so much like my hubby. Michael’s pretty freakin’ close to what Heath looked like during our high school years. Wanna see? The top is my hubby and our son this past spring...fifteen years older and still lookin’ fine! J


cRAzY fact: Senior year in high school, Tom Hanks discovered my hubby, took him to dinner with his fellow Apollo 13 cast that were filming in Houston, and tried to convince him to call his agent for representation. Kinda grateful he declined cause we probably wouldn’t be together if he hadn’t!

IDK…I’m not really one to focus on celebrities, but do any of these hotties make your top ten? ;)
I see a few that made mine!!!  Now, Let's take a look at Dust: 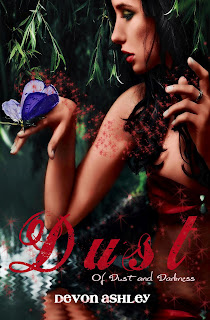 4. The number of times my delicate wings have been broken and clamped behind my back.
68. The number inked upon my skin, marking me the sixty-eighth pixie to be stolen.
87. The number of days I’ve been wrongfully imprisoned.
88. The first day the faeries will regret stealing me.

Healthy. Cheery. Vivacious. All traits Rosalie has before becoming enslaved by the faeries to make an endless supply of pixie dust. Now that Rosalie has been traumatized by slave labor, extreme desolate conditions and multiple deaths, this hardened pixie is anything but. When this rebellious teenager attempts an escape, she’s isolated in cramped quarters until she learns her place. Just as she begins to let go of all that hope, she finds an unlikely friend in Jack, the faerie assigned to guard her. Interspecies dating is forbidden in the fae world, so their growing attraction is unacceptable. And even if Jack can find a way to free her, they know the prison is the only place they can truly be together.

Devon is also hosting a HUGE giveaway in celebration of her newest release where you could win one of these: 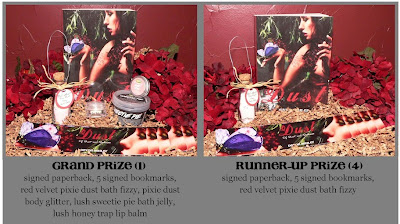 Just fill out the rafflecopter to enter!!  Good Luck!!!

Love the list and thanks for the fun hop!

Great post, I agree with most that list, except I would have had to have Chris Hemsworth, (closer to my age, and hes hot) as I love him, especially his hottness in Thor. Them Australians put out some hot men, thats for sure. lol great post

I have to agree with you about most of the names on the list. A wow are you dead on with JENSON ACKLES. Yummy. I would so kick him out of my bed 'cause there's much more room on the floor. :)